This Used to Be Forest 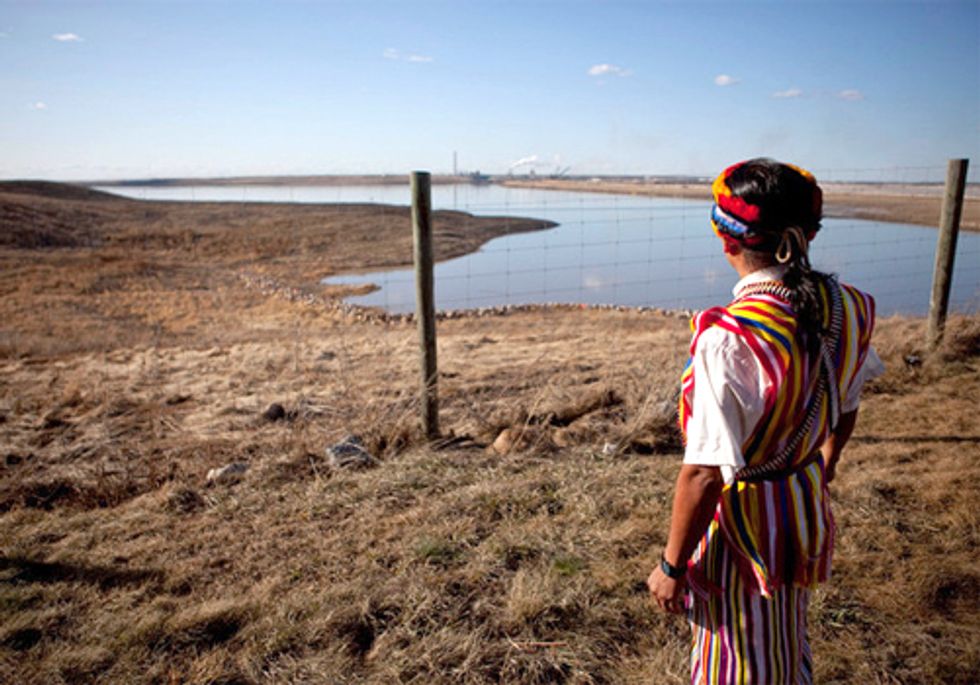 The Achuar people live on both sides of the Peru-Ecuador border in the Amazon rainforest. Since 2004, Calgary-based Talisman Energy has been drilling exploratory wells in a remote watershed in the heart of Achuar territory—an important hunting and fishing ground—despite strong opposition from the majority of Achuar people who live in Oil Block 64, which overlaps the majority of Achuar territory in Peru. Talisman is accused of creating divisions and provoking conflict in the region in efforts to get sign-off on their drilling in local communities, and continues to ignore calls from Achuar leadership to leave Achuar territory.

The delegation is in Canada to demand that Talisman Energy cease oil drilling in their ancestral territory. The group recently visited Ottawa, where they met with members of Parliament and NGO allies, and Fort McMurray, where they worked to build alliances with First Nations and raise awareness about Talisman’s abuses against their rights.