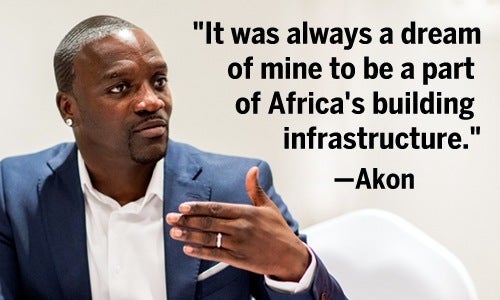 Akon is probably best known for being a multi-platinum singer and rapper, but he’s also a major solar advocate and Tesla enthusiast. In 2014, Akon, along with Samba Bathily and Thione Niang, launched Akon Lighting Africa to provide solar power to homes in parts of Africa that do not have reliable access to the grid.

According to the organization’s website, Akon Lighting Africa has brought “a wide range of quality solar solutions, including street lamps, domestic and individual kits” to 14 African countries. For some of those communities, it was the first time they ever had electricity. 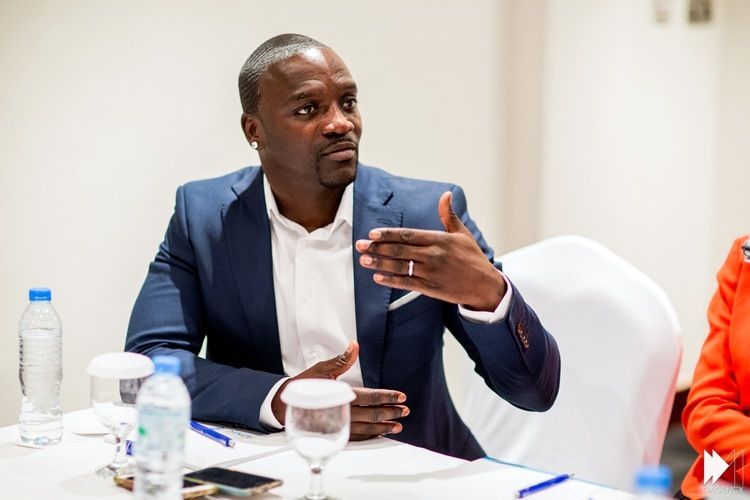 Clean Technica director Zachary Shahan had a chance to interview Akon last week at Abu Dhabi Sustainability Week. Akon explained to Shahan that his motivation for starting the project is very personal. Growing up in Dakar, Senegal, he did not have electricity.

“It was always a dream of mine to be a part of Africa’s building infrastructure,” Akon told Shahan. “And the whole idea was to start with energy because energy was the key to starting the infrastructure-building in Africa.”

Just how, Shahan asked, did he go from rap sensation to clean energy advocate? Akon explained that when he was young, “music wasn’t even a thought. I wanted to be a doctor—a brain surgeon” he said. He later added “I just wanted to be rich.”

“It’s crazy, but that was my goal,” he said. But after serving time in prison for his involvement in an auto theft ring, his employment options were limited.

“I kind of made a lot of decisions that landed me locked up, and by the time I was released I couldn’t get into a Fortune 500 company,” he explained. So Akon, whose father was a jazz musician and whose mother was a dancer, turned to music. Even amid all of his musical success, though, Akon said he “always looked at music as a vehicle to get to bigger and better things in my life.”

For now, he hopes to continue to expand the reach of his organization. “My idea is, just keep doing what you’re doing and learn as you go,” he said.

Akon joined partners Bathily and Niang today at the Powering Africa Summit 2016 in Washington, DC. The three are there to present their projects supporting electrification of Africa. Bathily, who’s also CEO of Solektra International, will speak on Friday on a panel focusing on how to finance access to renewables in Africa.