This Small Town Generated $2 Million From Selling RECs, Now They Have to Decide What to Do With the Money 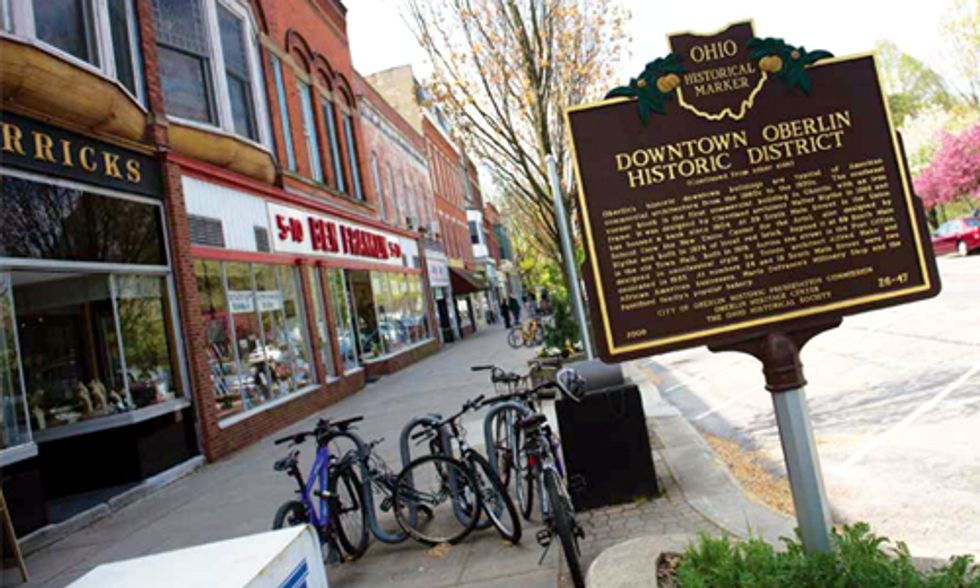 By Carl McDaniel and David Sonner

Now, the city has to decide what to do with the $2 million. The mighty battle of beliefs that led to this conundrum still persists, however.

Here's the history. Oberlin City Council signed a 50-year contract in 2007 to buy coal-based electricity from a 960 megawatt pulverized coal power plant. The majority on city council and city staff believed then that no affordable energy source could replace coal.

But, several city council candidates campaigned hard on terminating the coal contract and won. The new council majority canceled the contract and instructed city staff to seek alternatives in renewable and carbon-neutral energy sources. Oberlin began shifting aggressively to non-fossil fuels, despite obstacles by those who didn't believe coal or climate destabilization was a serious problem.

Today, Oberlin's electricity comes from a portfolio of 90 percent renewables and carbon neutral energy sources that have associated RECs. RECs were created in the late 1990s by states to provide an economic incentive to abandon fossil fuels for renewables in electricity generation.

Most states established policies that required commercial, electricity-generating companies to have a specified percent of their electricity generated from renewables, known as renewable portfolio standards. The policies called for the percent to increase over time. To meet the requirement a company could produce its own renewable electricity or purchase RECs to reach the required amount.

Gas Holder Building that is to house the Underground Railroad Museum and be located in a future park and transportation hub in Oberlin, Ohio. Photo credit: Carl McDaniel

With the swapping of RECs beginning in earnest almost three years ago, the electric utility director and the Public Utilities Commission (PUC) deliberated on to whom the money generated by the sale of the RECs belonged to and how the money should be used. The city lawyer reviewed the situation and stated that the money doesn't belong to ratepayers or the city electric company. Rather, it belongs to the city and can be used however city council decides.

The electric director and PUC discussed many possible uses. They included lowering electricity rates (which are about average for Ohio); changing out street and other lights with LED bulbs; weatherizing houses and buildings; funding city capital accounts for electricity projects; establishing a revolving low- or no-interest fund for sustainability projects; increasing subsidies for energy efficiency and conservation; switching from fossil fuels to electricity for transportation, heating and hot water; and others.

Final recommendations from the electric director and the majority of PUC were given to city council in fall 2015. The director recommended that 85 percent of the money go to help lower electric rates for residents and businesses in Oberlin, and 15 percent to capital reserves that can fund, among other things, energy efficiency, renewable energy and electricity-related environmental initiatives. PUC proposed 85 percent to go to the Sustainable Reserve Fund that was established in 2007 to use REC dollars provided to the city by Oberlin College for energy efficiency, energy conservation, heat-trapping gas reductions and development of green power generation sources. The remaining 15 percent would be used for projects that benefit the entire Oberlin community.

City council was prepared to instruct city staff to arrange for using REC dollars to lower the electric rate in December 2015. However, because of citizen input, the motion was not made and discussion on the use of REC dollars was postponed until the March 21 city council meeting.

Many investment choices have been proposed including:

Interestingly, a core still on city council do not see the urgency for implementing the city's Climate Action Plan when the science behind such plans is so clear. In addition, one has to wonder why the compounding power of investment is ignored in the recommendation to artificially lower electricity rates with REC dollars.

Reducing electricity rates while REC dollars flow into Oberlin has two dimensions not often appreciated. First, the artificially depressed electricity rates will bounce back when REC dollars disappear. Second, 57 percent of the dollars would go to the 10 largest electricity users with the top three—Oberlin College, Federal Aviation Association and Kendal at Oberlin—receiving 38 percent while residential customers would receive 23 percent.

The poorest, however, not only get the least, but are condemned to pay higher electric rates in the future. And they and all the rest of us will get a hotter planet.