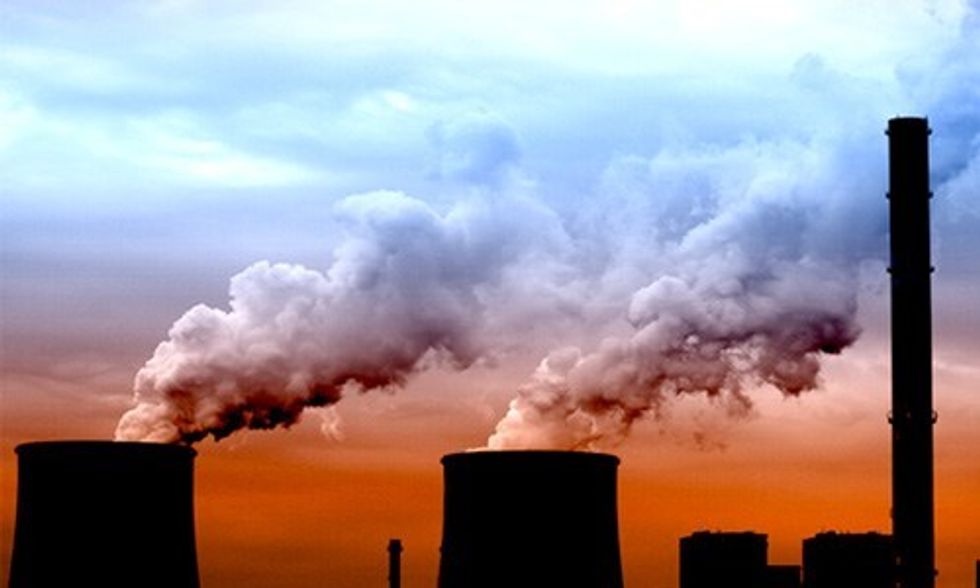 America’s electricity landscape is changing dramatically. Clean energy resources like solar and wind are becoming cost competitive with conventional coal, global corporations like Walmart, Google and Facebook are pressuring utilities to increase their share of renewables, and the cost of investing in energy efficiency measures is now under half the cost of building dirty, coal-fired power plants.

FirstEnergy, which owns power plants and distribution utilities in five states, is burdened by its heavy reliance on coal.
Photo credit: Shutterstock

While some in the utility industry are adapting their business models to accommodate these changes, others are fighting it. Nowhere is this more apparent than in Ohio, where Akron-based power company, FirstEnergy, recently gained regulatory approval to abandon its energy efficiency programs. While this move is expected to raise electricity rates for FirstEnergy customers and increase harmful emissions from the coal-fired power plants that will be needed to “fill the gap” of previously offset energy demand, FirstEnergy has much more in store for the Buckeye State. In fact, they are waging an all-out war on clean energy in a last-ditch effort to protect their inefficient, polluting and unprofitable fleet of coal-fired power plants.

FirstEnergy, which owns power plants and distribution utilities in five states, is burdened by its heavy reliance on coal, a strategic decision accelerated back in 2011 when it acquired Allegheny Power—an energy company whose fleet was comprised of 78 percent coal-fired plants. With gas prices at an all-time low, an increased use of renewable energy and weak energy demand resulting from customer energy efficiency improvements, this decision continues to have major financial repercussions for the company. As a result, FirstEnergy’s stock price has plummeted and financial analysts have downgraded the company.

In an effort to remain competitive in an evolving industry, FirstEnergy is now requesting that the Public Utilities Commission of Ohio (PUCO) authorize substantial, customer-funded subsidies to bail out its uneconomic power plants. This deal would lock in what Environmental Defense Fund’s Cheryl Roberto, in testimony before the PUCO, called “non-competitive purchase agreement.” This type of agreement would ensure a substantial portion of FirstEnergy’s power comes from its failing coal plants for years to come—regardless of their profitability and an evolving energy market that’s already trending toward cleaner energy resources. Customers, moreover, would be forced to pay the subsidy whether the plants deliver power or not, bearing the operational risks for these plants.

Customers, of course, will face higher bills if the power purchase agreement is granted because the utility wants to receive more for the electricity its coal-burning plants produce than the current market price for power (which is already being driven down by clean energy market players like solar, wind, demand response and energy efficiency). In other words, people who choose to buy clean energy will also be forced to buy dirty, fossil-fueled energy as well—unnecessarily paying twice for power.

But FirstEnergy’s desperate attempts to prop up their failing business model do not stop here.

The company recently said that demand response, which pays people to conserve energy when the electric grid is stressed, is “starving” traditional generation out of its rightful revenue in wholesale energy markets. As a result, FirstEnergy is attempting to get demand response kicked out of the PJM (mid-Atlantic) energy market. As it stands now, conventional sources of energy like coal compete on the basis of price with non-traditional energy sources like demand response and renewables for a chance to power millions of homes and businesses across Ohio. Since demand response is a low-cost, zero-carbon energy resource, eliminating it as an option in the competitive energy market would be a detriment to Ohioans' health, environment and pocketbooks. In 2013 alone, for example, demand response saved customers in the mid-Atlantic region $11.8 billion.

These attempts to stymie clean energy growth (and pass the cost on to customers) comes on the heels of another attack by FirstEnergy earlier this year, in which the utility successfully lobbied for legislation (S.B. 310) to freeze Ohio’s efficiency and renewable standards. This is the same law that allowed FirstEnergy to request an end to its energy efficiency programs last month—the first Ohio utility to do so under this new law. FirstEnergy won this fight by arguing that efficiency programs would raise electricity rates. However, in previous filings before the PUCO, the company admitted the initiatives saved families millions of dollars. In more honest (but less public) presentations to investors, the company's executives admitted low-cost, clean energy efforts were interfering with their power sales and profits.

FirstEnergy is grasping at straws

Despite these efforts to weaken the competitiveness of clean energy resources in Ohio, FirstEnergy has not succeeded in improving its financial situation, and these new tactics—eliminating energy efficiency programs, pleading for a bailout, and attempting to kick demand response out of the energy marketplace—aren’t expected to solve their financial woes. FirstEnergy is grasping at straws. They’re working from a model that’s on its way out, and attempts to fight against this change will likely only yield more disappointing results.

It is Environmental Defense Fund’s belief that PUCO should reject FirstEnergy’s proposal and ensure full corporate separation so a utility can no longer cross-subsidize or favor its affiliate companies in order to block competition. Doing so would send a clear message to clean energy businesses, entrepreneurs, investors and customers that Ohio is ready for a new era—one in which utility profits are not placed ahead of Ohioans’ best interests and electricity is clean, reliable and affordable.