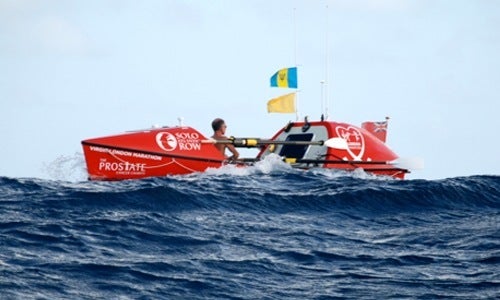 British-Canadian adventurer John Beeden completed his 7,400-mile solo row across the Pacific Ocean on Saturday. He is the first to have rowed across the Pacific, from the Northern to Southern Hemisphere, without stopping.

After spending almost six months at sea in his 20-foot boat, Beeden set foot on the Australia mainland at 10 a.m Australian Eastern Standard Time. He departed from San Francisco 209 days prior.

Arrived at 10am local time. Happy to be on land have some ginger nuts. #solopacificrow #adventure #cairns #australia pic.twitter.com/3tdDfrK5Lc

He completed his final day of rowing on just two hours of sleep. Prior to his expedition, which he calls the Solo Pacific Row, 53-year-old Beeden trained by rowing up to 15 hours per day, Reuters reported.

Beeden initially intended for his journey to end in mid-November, but inclement weather added about one month to his estimated arrival to Cairns, Australia.

“Didn’t think I could go on and had to dig deep and getting pushed back hundreds of miles that you have already rowed and you have to row it all again,” Beeden told the Australian Broadcasting Corporation.

His boat, Socks II, uses 12v batteries, which are powered by solar panels. He documented his journey in a progress log, which includes stats on daily times and distances rowed. 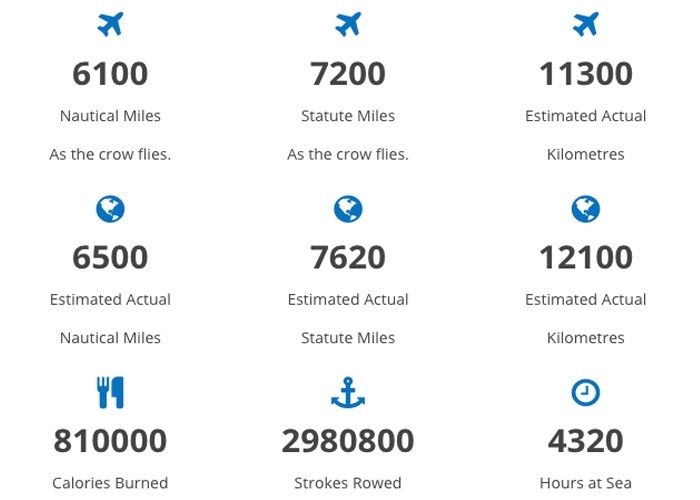 As Beeden explains on his website, in his view, a true cross-ocean rower “should have to row continent to continent otherwise you have only completed a partial Ocean crossing or a passage.” He completed his travels alone out of necessity per his goal of becoming an “unassisted” record breaker. 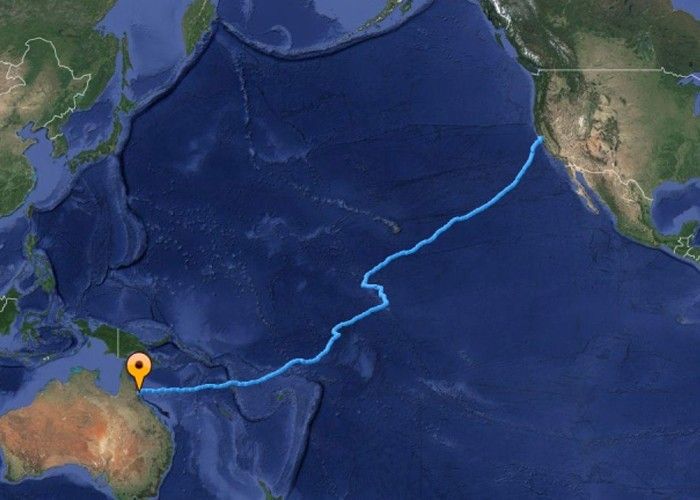 Beeden was promptly greeted by a teary wife and two daughters upon his arrival. A crowd of reporters and interested civilians watched as he stepped onto land, presenting his passport to Australian customs officials.

Though the Solo Pacific Row was his first record-breaking row, this is not Beeden’s first time successfully rowing across an ocean by himself. His trip across the Atlantic Ocean, the Solo Atlantic Row, took more than 53 days to complete. After departing from the Canary Islands in Nov. 2011, he set foot on solid ground in Jan. 2012.

On his website, Beeden explains his motivation for these long, lonely travels:

“The quest to prove worthy of an almost inconceivable challenge is our greatest reward. To us it is not the final result that matters but how we measure up to our self-imposed task to confront and do battle with Nature at its rawest. And those who die in the attempt do not die in defeat; quite the opposite, their death is, in many ways, a triumph, the symbol of that indomitable human spirit that will break before it bends. To test what we are made of, that is our pursuit.”

His travels were entirely self-funded. Any money raised was donated to his chosen charities, Prostate Cancer UK and Breast Cancer Care.

Still feels a bit strange to be on solid ground. Here's a photo of my first few steps yesterday! #solopacificrow pic.twitter.com/fan9IywzjQ