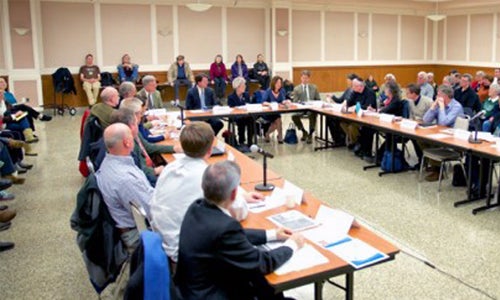 A quiet little sustainability experiment is showing astonishing results, here in New York’s iconic Hudson River Valley. Communities are flexing their muscles and taking control of their drinking water supplies—instead of just letting outside interests call the shots on how to manage local water resources.

Last week, I joined grassroots advocates, local officials in suburban Rockland County and the chairwoman of the New York State Public Service Commission for a truly groundbreaking planning event. Our goal: create a comprehensive strategy for sustainable water supplies, better flood control and greater protection for aquatic flora and fauna, in the wake of the PSC’s ruling last November rejecting a wasteful plan to desalinate the Hudson to create a new drinking water supply that Rockland simply doesn’t need. 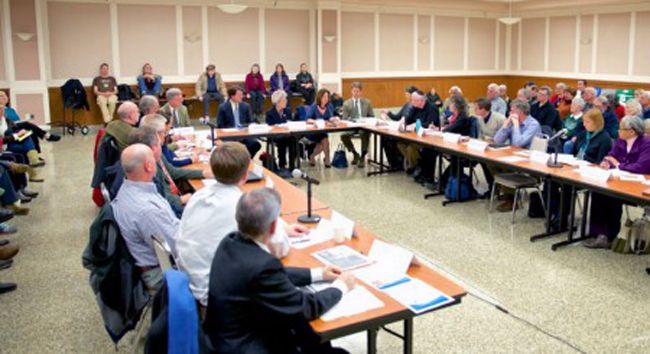 State PSC chairwoman Audrey Zibelman couldn’t stop praising the community activists, government officials, business representatives and water utility officials involved in this unique from-the-ground-up planning process. In fact, she called it a campaign for sustainability that the whole state might one day be able to learn from.

The morning after this great meeting in Rockland, I learned of another huge win for smart, community-driven water management planning, just a little farther up the Hudson.

Victory number two was in Ulster County, near Woodstock, where the Niagara Bottling company decided to drop plans to build the region’s first major water bottling plant, rather than go through an in-depth environmental impact review process, which skeptical local water advocates fought for and won earlier this year.

Inspired by Rockland’s example and their own success in forcing Niagara to defend their project or just go home, Ulster County’s grassroots water protectors have started their own planning initiative, holding a “Watershed Task Force” organizing meeting the very same night that state PSC chairwoman Zibelman was with Rockland’s water management planners.

Looking at the defeat of desalination in Rockland and the abandonment of plans to sell bottled water from Ulster, as well as the two community-based planning initiatives arising from the ashes of these failed projects, it’s clear that something extraordinary is taking shape, here along the Hudson:

The work ahead for Rockland’s and Ulster’s “smart-tap” planning coalitions won’t be easy. Even in the relatively water-rich Hudson Valley, our H2O supplies face progressively increasing stress from climate change and companies hankering to slake thirsts in drier regions by getting hold of our own “excess” water supplies. Communities will need help to get these initiatives right—they’re simply bigger than what dedicated volunteer advocates and local nonprofits can manage on their own.

But the first shots in the battle to protect our water supplies have already been fired and their aim was true. In turning back powerful and well-funded interests seeking to desalinate the Hudson River and export water from our lakes and streams, these grassroots water patriots are revolutionizing water resource planning here in New York. By doing so, they just might have provided us with a roadmap for success in many of the other big sustainability battles that lie ahead.