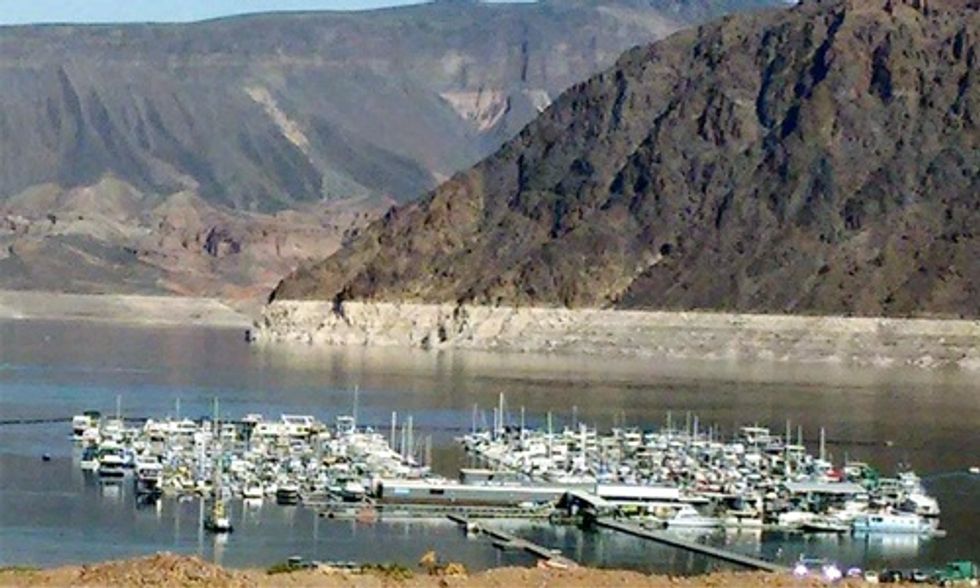 The big doom-and-gloom news in the water world this week is that America’s former largest reservoir, Lake Mead near Las Vegas on the Colorado River, hit a historic low on Sunday. The reservoir serves water to the states of Arizona, Nevada and California, providing sustenance to nearly 20 million people and crops that feed the nation.

All the news stories and pundits blame the historic draining of Lake Mead on drought and/or climate change, but I’m going to take a different tack on this story. The reservoir hit a historic low because the entire Colorado River water supply system has been grossly mismanaged. Further, the gross mismanagement is escalating as the upstream states plot their next moves to further drain the reservoirs imperiling the economy of the region as well as degrading the health of the Colorado River.

For nearly two decades every water supply agency in the Southwest U.S., including the U.S. Bureau of Reclamation which manages the Colorado River system, has known that the river is “over-allocated”—i.e., that more water is taken out than flows in. Yet, almost nothing has been done to stem the decline which is likely to get worse as climate change progresses. Finally in 2013, the Bureau of Reclamation publicly created the “Colorado River Basin Study” that, sure enough, said the system is in severe decline and offered a bunch of ideas on how to address it. However, few of those ideas have been enacted as the nation watches the reservoir drop and Nevada, Arizona and California still take almost all of their full allotment of water out of the river.

Even more malevolently, the level of water in Lake Mead is partly driven by how much water flows into it from the upstream states of Colorado, Utah and Wyoming. At the same time that Mead hit a historic low, those three states are not only still taking all of the same water out of the system, they are aggressively planning to build even more dams and reservoirs that divert more water.

All of these projects are being proposed so the upstream states can get the last legally allowed drops of water out of the system before it collapses in the near future. This water management is a kind of “Mutually Assured Destruction” escalating the water war across the Southwest U.S.

If there is a slight bright side here it’s that the states have agreed to some “trigger” points in Lake Mead—levels to which if the reservoir drops, the states will start taking out less water, led first by Arizona. Those triggers will likely be hit in the next 12 to 18 months. Further, water agencies in Nevada, Arizona and Southern California have also agreed to some new conservation measures that will take less water out of the reservoir.

But that’s not enough. Here’s the bold action that needs to be taken:

Gary Wockner, PhD, is executive director of the Save The Colorado River Campaign.