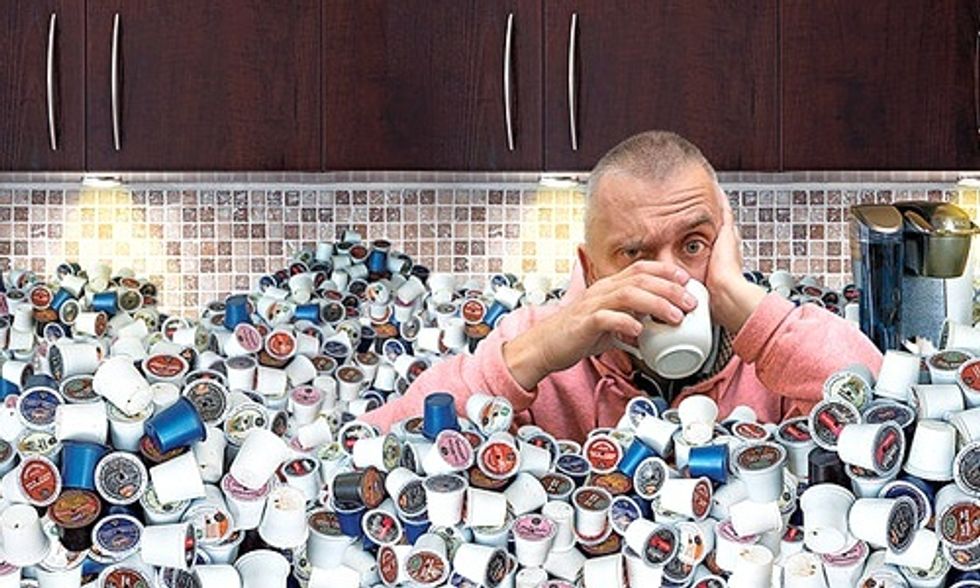 The city of Hamburg, Germany has banned single use coffee pods in state-run buildings as part of an initiative to reduce waste.

"As part of a guide to green procurement, the German city of Hamburg last month introduced a ban on buying 'certain polluting products or product components' with council money. The ban includes specific terms for 'equipment for hot drinks in which portion packaging is used'—specifically singling out the 'Kaffeekapselmaschine,' or coffee capsule machine, which accounts for one in eight coffees sold in Germany.

'These portion packs cause unnecessary resource consumption and waste generation, and often contain polluting aluminium,' the report says. 'The capsules can't be recycled easily because they are often made of a mixture of plastic and aluminium,' adds Jan Dube, spokesman of the Hamburg Department of the Environment and Energy."

Amid growing concern over the environmental impact of these single use pods, manufacturers have responded by making their product recyclable. One manufacturer, Nespresso, claims it has 14,000 pod pickup locations in 31 countries, capable of processing 80 percent of all the capsules they make, but they did not tell the BBC how many of their pods are actually recycled.

And worrying about recycling them is missing the point, Piotr Barczak, waste policy officer at the European Environmental Bureau, said: "The point with coffee pods isn't about recycling—it's about cutting down on the amount of stuff that we need to throw away or recycle."

"Recycling should be the last resort when tackling waste, not the immediate solution," he added.

And as Martin Bourque, director of the Ecology Center in Berkeley, told the East Bay Express:

"We can get to a cup of coffee dozens of different ways. The best way is a large volume of coffee that goes into a cup that's washed and re-used a thousand times, and the coffee goes to compost or mushroom production. That's best-case scenario. The worst-case scenario is these pods."

Many in the environmental community feel the same way. Even the inventor of the popular Keurig K-Cup, John Sylvan, admitted last year he regrets making the product, saying "I feel bad sometimes that I ever did it.”

One filmmaker Mike Hachey started a website Kill the K-Cup to track the activities of Keurig Green Mountain and made a short, mock-horror film about K-Cups. Watch here: