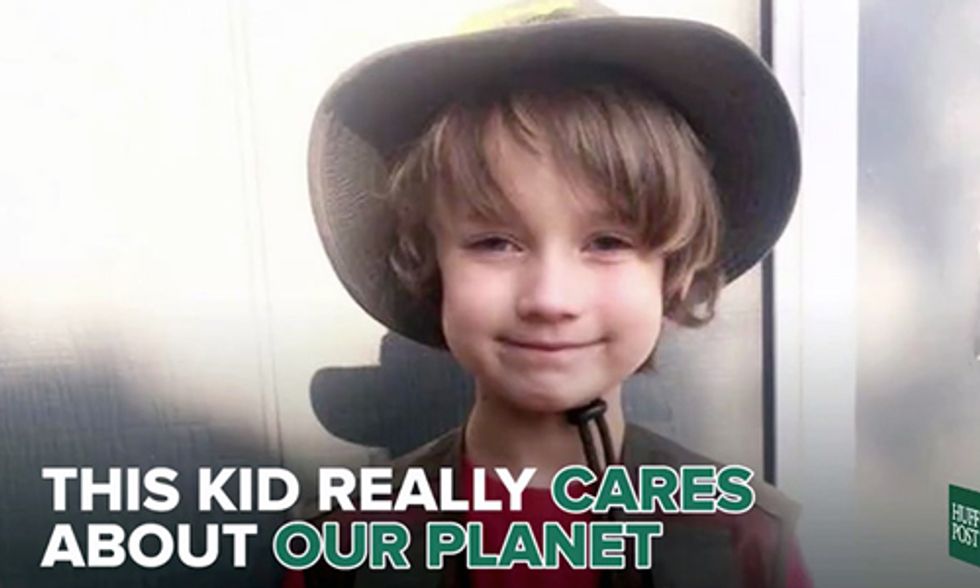 One 6-year-old boy has said what many have been thinking about polluters and people who disrespect the environment. Henry, who after watching a video at school of a bird eating plastic, broke down on his car ride home ranting about people "just being rude" to the planet. His mom caught it on video, which has now gone viral.

This little boy is wise beyond his years and carries an important message. "The planet is going to be wrecked," he said while crying.

"They throw trash on the ground, they cut down trees," he continues. "They make forests into places ... into roads."

Henry isn't all talk either. He's taken it upon himself to patrol the forest near his house for trash. He also has some tough words for polluters.

"I could just call them dumb people or maybe even a bad word," he said.