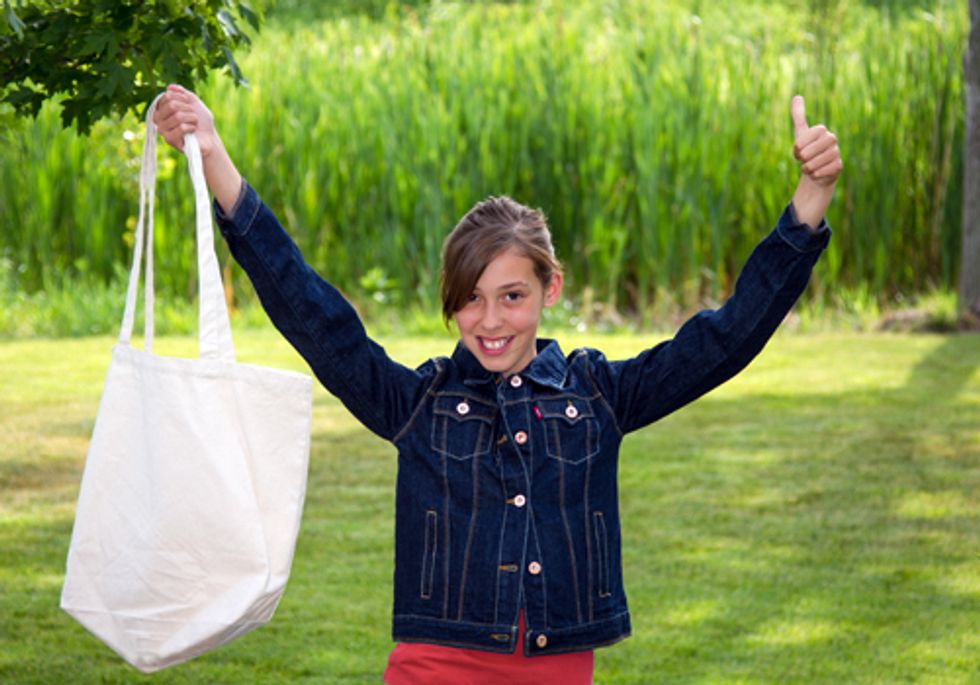 Illinois student Abby Goldberg, joined by more than 170,000 people who signed her petition on Change.org, has persuaded Governor Pat Quinn to veto SB 3442, the Plastic Bag and Film Recycling Act, a proposed law that would have prohibited communities in Illinois from enacting bans on plastic bags.

Governor Quinn, who vetoed the bill on Sunday, credited Golberg with raising awareness about the implications of the proposed law, and thanked Goldberg for her work to protect the environment in Illinois. Earlier this summer, Gov. Quinn met with Goldberg personally when the 13-year-old girl delivered her petition to the Governor in Chicago.

“I’ve learned that no matter what your age, you can make a difference,” said Goldberg after the Governor’s decision. “Governor Quinn heard a loud and clear message from more than 170,000 people that local communities should have the right to enact plastic bag bans in Illinois. I’m very proud of everyone who came together to call for a veto of this bill.”

Last Spring, Goldberg, a student at Prairie Crossing Charter School in Grayslake, Illinois, was given the assignment in her environmental awareness class to design an environmental project. She decided to convince her village board to enact a ban on plastic bags, similar to bans in Seattle, Los Angeles and elsewhere. When Goldberg learned that a bill was moving through the state government to prevent Grayslake and other towns from enacting such a ban in their own communities, she took action.

“I couldn’t sit by quietly while big plastic tried to push this bill through my state,” said Goldberg. “I care too much about animals, our environment and our future natural resources to be silent. That’s why I took action, and why I’m so thankful that Governor Quinn took a stand for the environment in vetoing this bill.”

Goldberg’s campaign on Change.org is yet another example of students using the online platform to create change. Earlier this summer, three high school students from New Jersey successfully petitioned the Commission on Presidential Debates to name the first woman presidential debate moderator in 20 years, and just last week, a 10-year-old in California inspired smoothie giant Jamba Juice to publicly commit to a timeline for phasing out styrofoam cups in their stores.