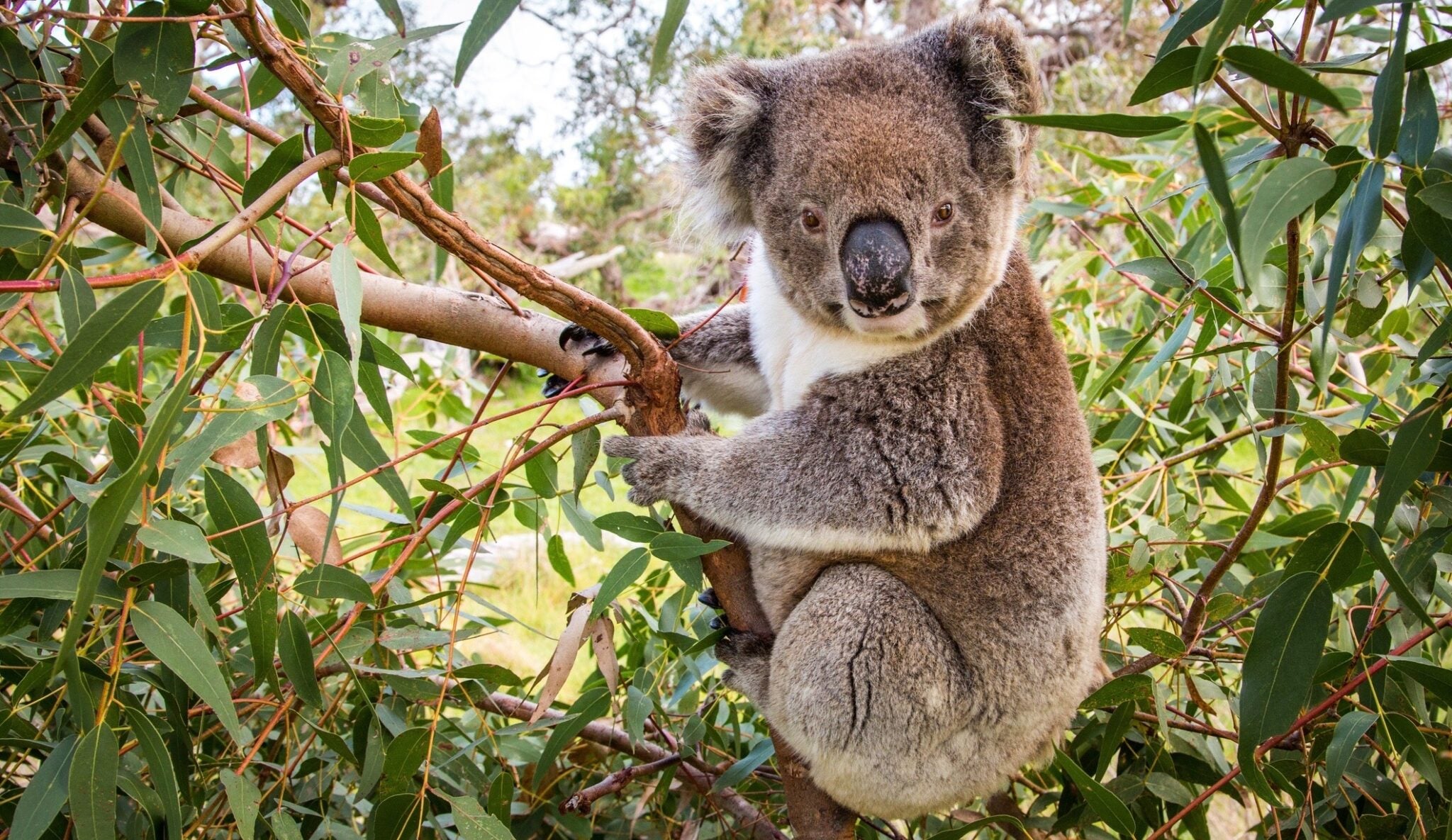 As Australia’s record-breaking heatwave scorches on into the New Year, one woman’s act of kindness to a thirsty animal has gone viral.

Chantelle Lowrie was visiting a camp ground near the Murray River in the Australian state of Victoria Saturday when she saw a koala.

“It was 44 degrees Celsius (111.2 F)— very, very hot day,” Lowrie told AFP Tuesday. “I stopped because he looked as though he could use a drink of water.”

In a video Lowrie posted to Facebook, the koala climbs partway up a tree, pauses to sip from a water bottle extended by Lowrie, then continues to climb.

The video comes as much of Australia suffers through a deadly heat wave that has seen temperatures rise around 16 degrees Celsius (approximately 60.8 degrees Fahrenheit) above average for this time of year. The heat has led to seven deaths by drowning as people rush to the beach to cool off, Reuters reported Saturday. Five of the deaths took place between Christmas Eve and Saturday in Victoria. In two other incidents, a South Korean man died Christmas Day while snorkeling in a lake in New South Whales, and another man died in the surf on Queensland’s Sunshine Coast.

Temperatures in Australia’s south lowered somewhat over New Years’, but they are expected to climb again later in the week, with thermometers expected to read 41 C (105.8 F) in Adelaide on Thursday and 42 Celsius (107.6 F) in Melbourne on Friday, The Guardian reported Wednesday.

“We’ve seen a couple of cooler days for southern Australia, still above average for this time of year but cooler than we’ve seen,” Australia’s Bureau of Meteorology (BOM) meteorologist Sarah Fitton said. “But we’ve still just had that heat sitting through central Australia which hasn’t gone away. We’re going to see north-westerly winds again and that’s going to drive that heat that’s been sitting in central Australia back across the southern states.”

Severe #heatwave conditions are currently affecting large parts of central & eastern Australia, with a burst of heat forecast to extend across the southeast from tomorrow. Some areas may see daily max. temps up to 16°C above average. Heatwave forecasts at https://t.co/CukrYQOkYR pic.twitter.com/CDVZRtoFum

The higher temperatures will put Victoria and South Australia on watch for bushfires.

Heat waves are common in Australia during its summer, but climate change is making them more extreme, AFP reported. The BOM expects that 2018 will be one of the country’s five hottest years on record overall, and the third hottest in terms of maximum temperatures, according to The Guardian.