Think the Decline of the Great Barrier Reef is No Big Deal? Think Again 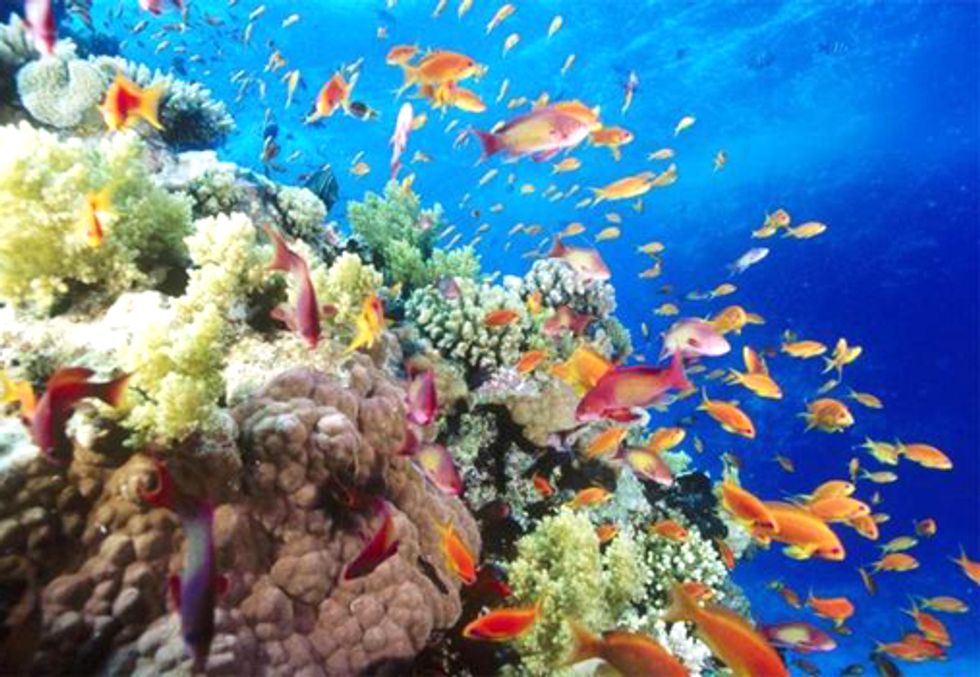 A study released on Monday found that the Great Barrier Reef's coral cover declined by 50 percent in the past 27 years, partially as a result of human activities. These dramatic findings have caught the attention of scientists, politicians and some media outlets—even Fox News—but have been ignored by ABC, NBC, MSNBC and several major newspapers.

Researchers from the Australian Institute of Marine Science examined thousands of surveys of the area and found that the amount of seafloor covered with coral has decreased from 28 percent to 13.8 percent since 1985, with two-thirds of the decline occurring since 1998. They warned that if this trend continues, "coral cover could halve again by 2022."

The study attributed about half of this loss to intense tropical cyclones, which have caused significant damage to the central and southern parts of the reef and may become more intense as a result of climate change. Because coral reefs act as a protective buffer against tropical storms, this decline exacerbates the impact of storms on marine life and coastal communities.

Another major factor in reef decline is nutrient runoff from agriculture, which has led to "population explosions" of coral-consuming crown-of-thorns starfish along the edge of the reef. Rising ocean temperatures are also increasing the frequency and intensity of coral bleaching, which has had "major detrimental impacts" in the northern and central parts of the Great Barrier Reef. The researchers say this problem is "directly attributable to rising atmospheric greenhouse gases" and that "bleaching mortality will almost certainly increase" as temperatures continue to rise.

These threats—combined with other problems like ocean acidification, overfishing and coastal development—have serious implications for the marine life that depends on the Great Barrier Reef and the millions of tourists who come to see one of the seven natural wonders of the world.

But ABC and NBC have yet to report on the reef's significant decline during their news broadcasts. Meanwhile, CBS, CNN and even Fox News covered the story, although CNN was the only network to explain on-air that human activity is contributing to the problem:

MSNBC, the Associated Press, USA TODAY, and The Wall Street Journal also did not cover the study.

ABC and NBC's failure to report on the threats facing coral reefs is disappointing, but not surprising given the dramatic decline in climate coverage on these networks in recent years. A Media Matters analysis published earlier this year found that nightly news coverage of climate change plummeted by 72 percent between 2009 and 2011. Both ABC and NBC covered Donald Trump more than climate change last year.

Likewise, climate change has been almost entirely absent from U.S. political discourse during this election season, and media outlets have failed to press the candidates on how they would address greenhouse gas emissions.

Without intervention to reduce agricultural runoff and combat climate change, the study's authors warn that the Great Barrier Reef "may lose the biodiversity and ecological integrity for which it was listed as a World Heritage Area."