They're Back: 17-Year Cicadas to Blanket Northeastern U.S. 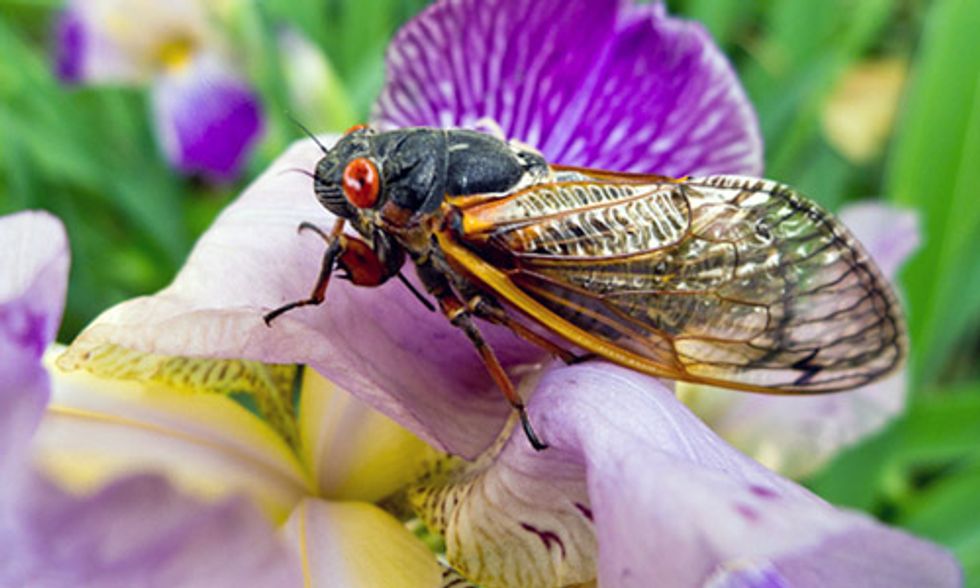 Brood V cicadas, just one of type of 17-year cicada, have already made their debut in Northeast Ohio, according to Cleveland.com. While Ohio will definitely see cicadas in 2016, other states may have a year or two of waiting, according to a U.S. Department of Agriculture (USDA) Forest Service map. Most of western Pennsylvania, for example, has three more years before the cicadas take over its counties, CBS Pittsburgh reported.

Cicadas may be a nuisance to humans, and a terror for those who aren't big fans of flying bugs, but their emergence is actually beneficial to the environment. Laying their eggs in the trees provides a natural pruning that increases tree growth—though, the process can damage young trees. (To prevent this, simply cover the saplings with netting and they should survive, Jim Fredericks, chief entomologist with the National Pest Management Association, told U.S. News and World Report.) Cicadas' burrows aerate the soil and their decaying bodies provide nutrients.

The invasion only lasts six weeks. Once the baby cicadas, also called nymphs, have hatched from their eggs in the trees, they'll fall to the ground and burrow into the soil, not emerging for another 17 years. Underground they survive off moisture from tree roots. Cicadas don't eat solid food.

Speaking of food. The adult cicadas are a gluten-free, low-fat, low-carb source of protein. They're a favorite treat of dogs and cats. They're "like Hershey's Kisses falling from the sky" for our four-legged companions, Gene Kritsky, a cicada expert at Cincinnati's College of Mount St. Joseph, told U.S. News and World Report.

Humans can eat them, too. American Indians used cicadas as a food source and several countries such as China still eat them served deep-fried. Many Americans see the cicada invasion as chance for a culinary experiment as well.

The Rising Creek Bakery in Mount Morris, Pennsylvania, is making special cookies and custard to mark the 17-year occasion. Bakers freeze cicadas, remove their wings and coat them in sugar before placing them on top of a chocolate chip cookie or custard with caramel sauce, CBS Pittsburgh reported.

Another Pennsylvanian—Phil Enck, chef instructor and assistant professor at the Art Institute of Pittsburg—has prepared cicadas in multiple ways since the early 2000s. The first recipe he attempted was inspired by a Charleston shrimp and grits recipe, WESA, Pittsburgh's NPR member station, reported.

“We ground some of them up and we served some of them whole and once you get past the aesthetic of it, it was quite good," he told WESA. "The cicada itself kind of has the texture of a boiled peanut."

If your mouth isn't watering at the thought of boiled or baked cicadas, don't worry. Here are some non-food related cicada facts for you to enjoy:

Chris Simon, a professor of ecology and evolutionary biology at the University of Connecticut–Storrs, talked to NPR's Jeremy Hobson on Here & Now about the behavior and history of Brood V cicadas. Listen here: