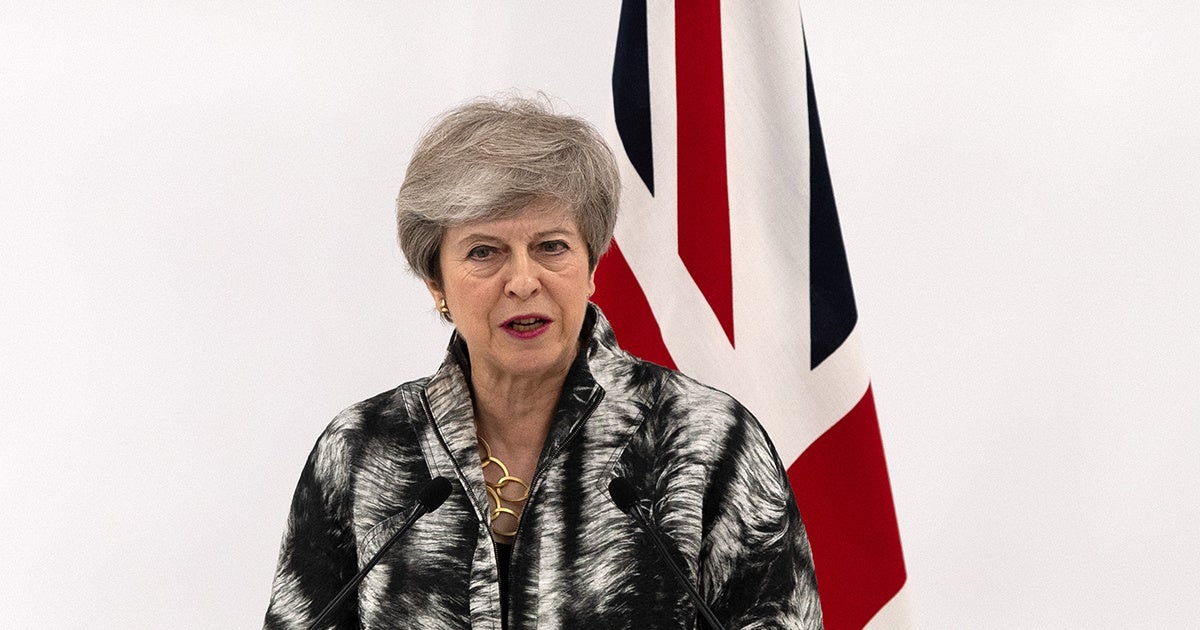 Britain's Prime Minister, Theresa May, speaks during a press conference at the end of the G20 summit on June 29 in Osaka, Japan. Carl Court / Getty Images

Theresa May, the outgoing UK prime minister, used her final appearance at the G20 summit in Osaka, Japan to urge other nations to follow her country’s lead in aggressively lowering greenhouse gas emissions.

The prime minister, who led a session on the environment at the G20 summit, asked the other countries to set a target date for net zero emissions, following the UK’s example of becoming a net zero emitter of all greenhouse gas emissions by 2050, according to the BBC.

The UK is committed either to eliminate greenhouse gas emissions completely or, in rare cases, to offset them by planting trees or absorbing carbon dioxide from the atmosphere.

“In recent months we have heard hundreds of thousands of young people urge us — their leaders — to act on climate change before it’s too late,” she said at the end of the summit, as the Guardian reported. “I am proud that the UK has now enshrined in law our world-leading net zero commitment to reduce emissions. And I have called on other countries to raise their ambition and embrace this target.”

While other countries did not sign on to May’s target, she did push for strong wording in a communiqué from the summit. The final product was a watered down commitment to meet the targets of the Paris climate agreement, which 19 of the 20 participating countries signed. The U.S. was the lone holdout. Under the Paris agreement, every nation is committed to keeping global temperature rises to less than 2 degrees Celsius (3.6F) higher than pre-industrial times.

May said she was pleased there was a communiqué at all, according to the Guardian.

President Trump’s unwillingness to commit to cutting greenhouse gas emissions forced the participating nations to add a clause that exempted the U.S. from joining in, as Sky News reported.

“The United States reiterates its decision to withdraw from the Paris Agreement because it disadvantages American workers and taxpayers,” the clause read.

Throughout the summit, President Trump dismissed the worldwide push for climate action and denied that any aggressive response to curb the world’s greenhouse gas emissions was necessary. He also seemed not to understand the difference between climate change and air pollution.

In that same news conference, he dismissed renewable and clean sources of energy as inefficient without citing evidence.

“I’m not sure that I agree with certain countries with what they are doing. They are losing a lot of power. I am talking about the powering of a plant,” he said, as the Washington Post reported. “It doesn’t always work with a windmill. When the wind goes off, the plant isn’t working. It doesn’t always work with solar because solar [is] just not strong enough, and a lot of them want to go to wind, which has caused a lot of problems.”

Trump’s comments and inaction raised the hackles of environmental action groups and scientists.

“While other leaders managed to hold the line on the Paris agreement, it’s unfortunate that they have to continually fight this rear-guard action against Trump denialism instead of devoting their energies to scaling up global action,” said Elliot Diringer, executive vice president of the Center for Climate and Energy Solutions, as the Washington Post reported.

“Trump is ignoring not only science but the growing demands of the U.S. public and U.S. companies for decisive action. As even the Chamber of Commerce recently declared, inaction is not an option.”