The Year the Sky Turned Dark 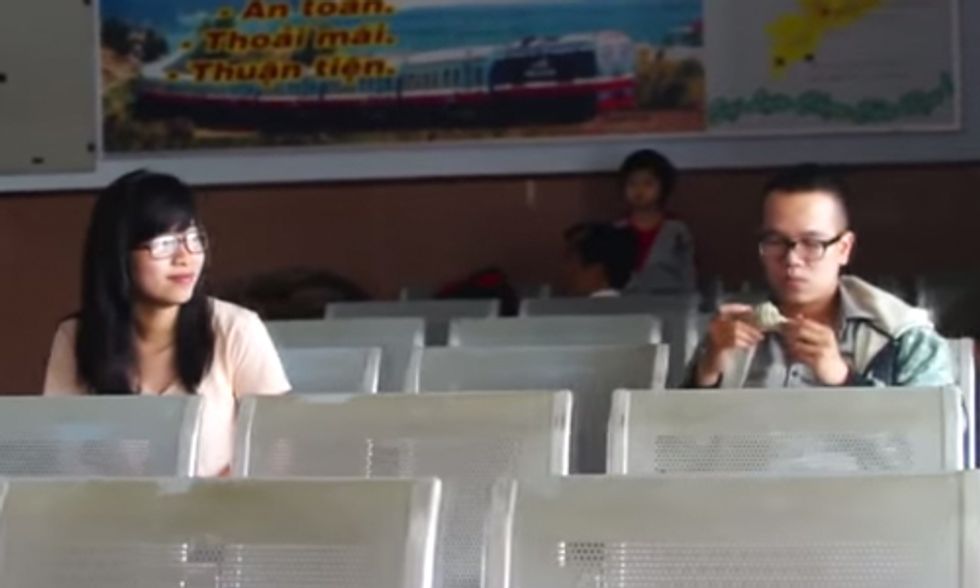 The Change—by filmmakers Ha Uyen, Huong Tra, Quang Dung and Quang Phuc—tells the story of two youths in the Central Vietnam city of Da Nang whose lives and career decisions have been greatly affected by the impacts of climate change. The two featured stories represent the lives of thousands of vulnerable youths living in Da Nang and other cities along the central coast of Vietnam. "... where consequences of climate change increasingly threaten their lives and dreams."

The Change, part of the Action4Climate video competition and special prize winner for its ability to present a local story that has a profound global impact, relives the "fateful year the sky turned dark" with "ground shaking winds" that devastated Da Nang. The great flood in 2007 took many people's lives, and eroded the coastal area and destroyed 9,500 tons of rice.

According to the filmmakers, "It was fairly easy for us to choose to tell the story about flood and typhoon in Da Nang and Central Vietnam, because the locals have been fighting them every year for so long. What we are concerned about is, we've gotten so use to those natural disasters that we tend to accept them as a part of life. Through our short film, we want to send the message across that natural disasters have influenced on our daily lives, on our children's lives and it has gotten worse through time. We are responsible for this change and need to do something about it."