The World's Oceans Are in Peril 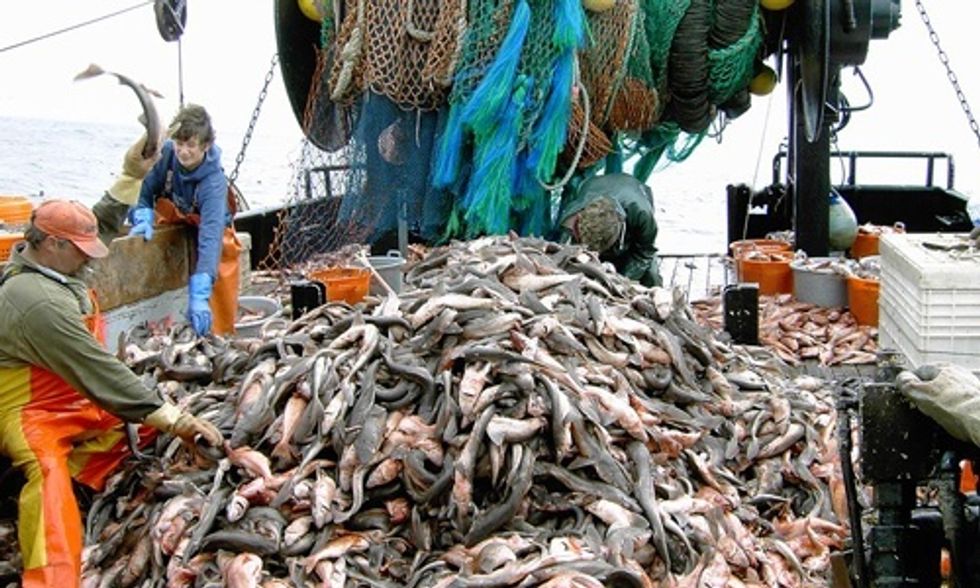 The world’s oceans—covering nearly two-thirds of the Earth’s surface, and on which much of human life depends—are under severe pressure, a new report says.

Overfishing has dramatically reduced fish stocks. The thousands of tonnes of rubbish dumped in the oceans wreak havoc on marine life, while climate change is warming and acidifying them, putting them under further stress.

These are the sobering conclusions of a wide-ranging study of the Earth’s ecosystems by the Worldwatch Institute, a U.S.-based organization widely rated as one of the world’s foremost environmental think-tanks.

“Our sense of the ocean’s power and omnipotence—combined with scientific ignorance—contributed to an assumption that nothing we did could ever possibly impact it”, says Katie Auth, a researcher at Worldwatch and one of the authors of the report.

“Over the years, scientists and environmental leaders have worked tirelessly to demonstrate and communicate the fallacy of such arrogance.”

More than 50 percent of commercial fish stocks are now fully exploited with another 20 percent classified as over-exploited, the report says, while the number of dead zones—areas of the ocean depleted of oxygen and incapable of supporting marine life—has doubled in each decade since the 1960s.

The oceans play a key role in absorbing vast amounts of greenhouse gases and slowing the warming of the atmosphere.

The report says: “… Evidence suggests that as the ocean becomes saturated with CO2, its rate of uptake will slow, a process that has already begun.”

Worldwatch says there must be big cutbacks in fossil fuel emissions: “If emissions continue at current levels, ocean acidity in surface waters could increase by almost 150 percent by 2100, creating a marine environment unlike anything that has existed in the past 20 million years.”

The Worldwatch report, State of the World 2015, examines a range of sustainability issues. It says the goal of continued economic growth—an economic doctrine which has prevailed only since the 1950s—is a threat to the sustainability of multiple ecosystems.

The world’s resources—whether its fossil fuels or water resources—cannot go on being plundered. Changes in climate—in particular the prevalence of drought in some of the world’s main food-producing regions—is threatening the planet’s ability to feed itself.

The report concludes: “There is no question that scholars and scientists who study the human economy, the earth and the interactions between them are drawing profoundly troubling conclusions…

“It is time for homo sapiens sapiens to live up to its somewhat presumptuous Latin name, and grow up.”