The War on Nature: Geoengineering and the Climate Crisis 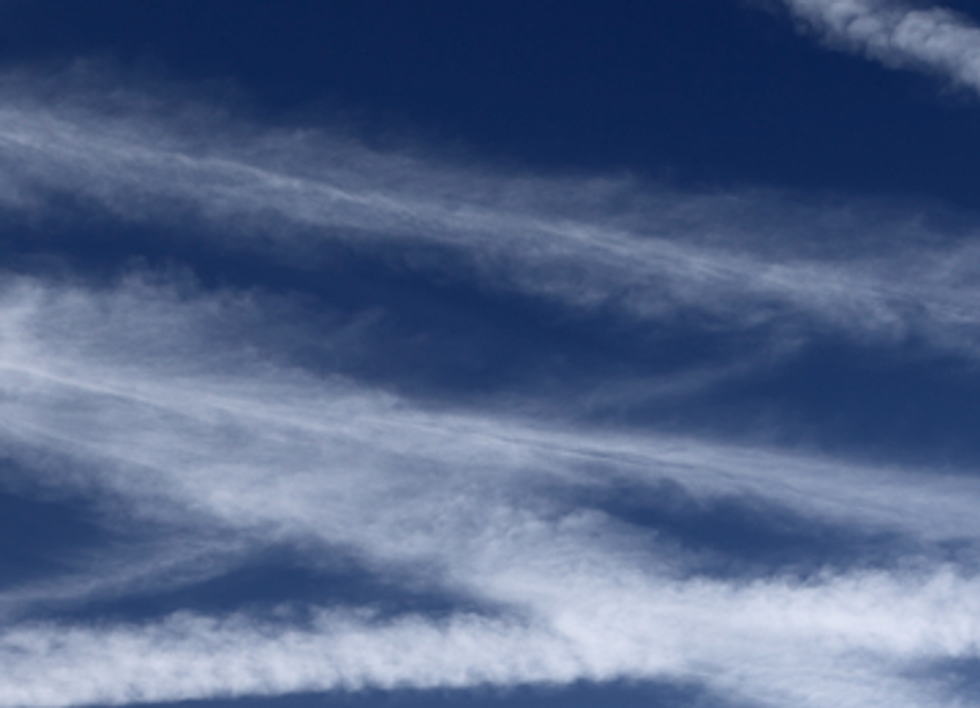 By Rachel Smolker and Almuth Ernsting

Will declaring a "climate emergency" help to finally prompt radical action to address climate change? A growing number of campaigners as well as scientists think so and hope that a major wake up call about unfolding climate disasters will spur governments and people into action.

Whether a lack of scary-enough facts about climate change has been holding back real action is questionable. After all, it requires a fair amount of psychological denial to not be alarmed by the escalating heat waves, droughts, floods and destructive megastorms.

Studies about psychological responses to climate change suggest that messages built on fear can cause people to feel disempowered and less likely to take action at all. Still, constantly playing down the scale of the unfolding destruction of climate and other planetary life support systems so as not to be "alarmist" seems somewhat disempowering to me. Personally, we much prefer to hear climate scientist James Hansen speak of a "planetary emergency" (in view of last year’s record low Arctic sea ice cover) than to read excessively cautious comments about uncertainties and the need for more research before concluding what seems obvious, for example that Arctic sea ice is in rapid meltdown and that extreme weather events are already far worse and more frequent than scientists had predicted.

Yet, while the language of "climate emergency" may or may not spur more people to action, the crucial question is exactly what type of action is being advocated. James Hansen’s conclusion: “If we burn all the fossil fuels, we create certain disaster" should be beyond dispute. Action on climate change will be futile unless fossil fuels are left underground.

Unlike James Hansen, some academics and campaigners are calling for a very different type of "radical action" in response to the climate emergency. Amongst them is the small but vociferous Arctic Methane Emergency Group (AMEG). AMEG does not mince words about the seriousness of the crisis:

The abrupt climate change scenario put forward by AMEG is, briefly, as follows:

The rate of warming is greatest in the Arctic and the rate at which Arctic sea ice has been melting is accelerating. The loss of sea ice triggers different impacts which in turn make Arctic meltdown, global warming and extreme weather across the Northern Hemisphere even worse. One of those effects is the release of methane trapped in permafrost, Arctic peat and under the Arctic Ocean. This could release so much methane at once that it would greatly increase the rate of global warming and lead to “unstoppable runaway warming.”

The first part of this analysis should be beyond dispute. However, the prediction of an imminent abrupt and catastrophic methane release from the Arctic is much less widely accepted amongst climate scientists, many of whom predict a slower release, over thousands of years—one which will worsen climate change in the long run but (importantly) not surpass the impacts of our own carbon dioxide (CO2) emissions.

One of the scientists challenging AMEG’s predictions is methane expert, Dr. David Archer who stresses:

The worst case scenario is “what CO2 will do, under business-as-usual, not in a wild blow-the-doors-off unpleasant surprise, but just in the absence of any pleasant surprises (like emission controls).”

Is he right? We have no idea how much of the methane in the Arctic will end up the atmosphere by when. Some recent climate change impacts and findings have turned out to be much worse than what scientists had previously predicted. For example, a recent New Scientist article observed:

We knew global warming was going to make the weather more extreme. But it's becoming even more extreme than anyone predicted.

But the argument regarding AMEG’s claims is not just a speculative argument about what might happen in future. It is also—and primarily—an argument about how we think about climate change and what we want to do about it. In this respect, we unequivocally agree with Archer’s view: Business-as-usual will guarantee the worst possible climate disaster. Arguing about just how bad that worst-case scenario might be seems futile when we should be doing whatever we can to stop greenhouse gas emissions, including fossil fuel burning and ecosystem destruction. This, however, is very different from how AMEG views the climate disaster.

What AMEG most fears is not what humans are doing—it’s the (methane) monsters lurking in nature. Preserving most life on Earth, in their view, thus requires nature to be better controlled and its monsters to be tamed. As AMEG’s Strategic Plan puts it, the "common enemy" that’s to be fought, the underlying cause of abrupt climate change isn’t us, it isn’t the fossil fuel economy—it’s the "vicious cycle of Arctic Warming and sea ice retreat.”

They demand “something akin to a war room” and the war they want governments to fight is a war against nature—and specifically a war against the way in which nature responds when humans drastically alter the planet’s atmosphere by increasing its greenhouse gases. The tools for fighting this war that they suggest we use are a range of geoengineering strategies: Large amounts of sulphur aerosols which they want pumped into the lower stratosphere starting as soon as March/April 2014, the development of new reflective particles to be pumped into the stratosphere in future, marine cloud brightening, chemicals to destroy cirrus clouds, marine geoengineering, weather modification and more.

Changing our own society and economy is ancillary to this quest. Here are the changes which AMEG’s demands in relation to our energy and transport sectors: Postpone drilling in the Arctic, reintroduce a ban on polar flights, relax requirements to clean up "bunker fuels" burnt in ships (because sulphur aerosols have a short-term cooling effect), scrub black carbon but not sulphur dioxide from coal power stations—and that’s it. Burning more coal and diesel is fine, in their view, as long as we emit lots of sulphur dioxide with it. Never mind the illnesses and acid rain caused by sulphur dioxide. Indeed, AMEG members are even, bizarrely, promoting Arctic methane hydrate mining for energy. One of the most widely cited AMEG members, British oceanographer Peter Wadhams, has been criticized by Greenpeace after praising Shell’s credentials for "safely" drilling in the Arctic in front of a Parliamentary Committee.

Not all AMEG members appear this unconcerned about ongoing fossil fuel emissions and some clearly do want to see real emissions reductions—in addition to geoengineering. AMEG is a very mixed group: Some supporters clearly have no financial interests in geoengineering and have joined AMEG purely out of the conviction that AMEG has the most credible answer to climate change. Some are academics who have gained a much greater public profile thanks to AMEG’s campaign—such as Peter Wadhams. And some have major financial interests in geoengineering—including Ken Caldeira. Caldeira, together with David Keith (not listed on AMEG’s website) has received more than $4.6 million from Bill Gates’ personal funds, around half of it for personal research on geoengineering, the other half to fund "research" by other geoengineering advocates. He is also listed as an inventor on a patent for a geoengineering device called StratoShield, held by Intellectual Ventures, a company linked to Gates.

All of them, however, are united in their faith that geoengineering can work and that humans can avert an even greater climate disaster by manipulating the planet’s atmosphere and biosphere. They do not appear concerned about what unilateral action taken by a government to deliberately manipulate planetary systems might mean for democracy and the rights of most of the world’s population. This is perhaps because they are convinced that geoengineering is the only way of keeping the planet habitable (at least for most humans). But this conviction is not derived from scientific knowledge—it is based on unwavering faith in human ability to master and control nature through engineering and technology.

The possibility that their proposals could possibly backfire and end up making climate change even worse, even faster has, it seems, not occurred to AMEG. Yet what the science confirms is that the full impacts of geoengineering on planetary and climate systems are by their nature unpredictable and that they might well render the climate yet more unstable. In a recent joint briefing by Biofuelwatch and EcoNexus, we summarized some of the highest risks of the types of geoengineering promoted by AMEG: Destruction of the ozone layer, acid rain, possible virtually instant and massive disruption of rainfall patterns, especially in the tropics and subtropics (which could mean a failure of the African and Asian monsoon), vegetation die-back which would release yet more carbon—and those are just some of the known risks.

If we want to have any hope of avoiding the worst impacts of climate change, we clearly need radical action—but that radical action must be aimed at stopping the burning fossil fuels and reversing the destruction of ecosystems (including soils). The very last thing we and the planet need is yet another “war room” and a new battle-front in the war against nature.