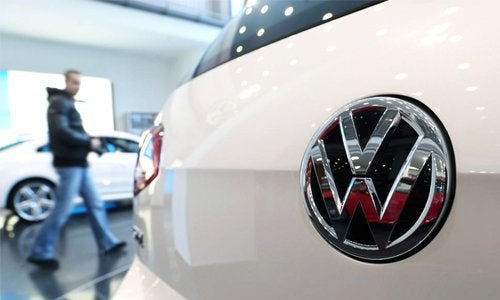 In the frenzy of coverage of the outrageous Volkswagen use of sophisticated computer techniques to shut down the pollution controls on 11 million of VW’s TDI diesel automobiles once they were no longer sitting in a test facility, only a few have noted that this is not the first such episode—although the last one involved mostly American companies, not German and trucks, not cars.

The current scandal has cost VW 1/3 of its market cap, its CEO his job and delivered a potentially fatal blow to the market for “clean diesel” cars because, it turns out, VW wasn’t producing “clean diesel”—it was cheating the emissions tests. (Full disclosure: when the TDI diesels first appeared they received “Green Car of the Year” status from a panel on which I served. I don’t recall my vote, alas, but I certainly took VW’s emissions claims at face value.)

By marketing “clean” TDI diesels, VW avoided the investments required to add electric or hydrogen vehicles to its fleets and clung to the internal combustion technology of the past. Now, with clean diesel exposed as an oxymoron, VW has an enormous challenge—how to catch up with arch rivals like Toyota which led on hybrids and electrification, while incurring potential enormous fines and a savaged brand value.

Not only VW, but the reputation of Germany and its governments (which own much of the auto industry) have been severely damaged: “playing by the rules” has been the moral stick Germany wielded to assert insist on austerity, not debt relief, as the solution to the problems of Euro members like Greece.

Now one of Germany’s premier companies has been shown to be a massive cheater. But it didn’t invent the ploy. VW used a more sophisticated, but fundamentally identical strategy to that which a U.S. diesel truck engine makers deployed in the 1990’s, eventually producing 1.3 million diesel trucks programmed to turn off their emission control devices after the first 50 miles of freeway driving.

The computer shenanigans engineered by Volkswagen were more elaborate—they turn off the pollution controls even in city driving, because cars operate far more of the time at low speeds and because on-board computers now control engines in far more sophisticated ways. But the core strategies and the business goal, were identical.

And the reason VW resorted to cheating was the same reason that U.S. truck manufacturers cheated in the 1990’s—controlling the nitrogen pollution from diesel engines is possible, but comes either at a substantial price for expensive, cumbersome pollution controls or demands a fuel economy penalty, shortens engine life and degrades performance. So to sell small, cheap diesels, you have to sell polluting ones—it’s an engineering reality.

Volkswagen had to know the history of the “defeat devices” used by the U.S. diesel truck makers in the 1990’s—and that means they had to know of the complete illegality of what they were doing. In the 1990’s case engine manufacturers claimed that U.S. Environmental Protection Agency (EPA) had given them permission to turn off its pollution control equipment on the highway—although they still signed a consent decree and paid a billion dollars in fines and correctional programs. But they never explained why they thought that their behavior was in the public interest or why EPA would have approved it. They clearly just didn’t like the pollution standards.

But in spite of this clear bright line history, VW simply chose to take the chance that regulators would never catch it. And one of the reasons, almost certainly, is the way that EPA chose to deal with the diesel engine manufacturers in 1998. While the settlement, at $1 billion, was trumpeted by EPA as the biggest pollution fine ever, most of the money was simply to correct the pollution violations by rebuilding the truck engines as they came in for periodic maintenance. Very little were actual fines. At the time, the Sierra Club and I objected that EPA was not requiring a recall of the engines, but the agency maintained that the routine rebuild—plus the acceleration of the effective date of the next generation of diesel truck nitrogen standards—would clean up the air more effectively than penalties designed to punish the engine makers.

Four years later, as the ostensibly “welcome” new emission standards kicked in, EPA officials were forced to investigate whether Caterpillar, whose engines still didn’t meet the new standards, was illegally encouraging its customers to “pre-order” high emitting truck engines before the new standards took effect. So the biggest of the diesel manufacturers showed little sign of remorse—they simply looked for other ways to game the system.

The VW scandal has unleashed a tidal wave of media coverage of the reality that auto industry has systematically tried to game and cheat both safety and emission regulations since they first came in—and that governments have (with the notable exception of California) largely collaborated with the evasions. The Economist goes as far as to argue that this scandal reveals the need for—and may enable—a very different kind of auto industry. UBS analysts suggested that the credibility problems might accelerate the end of all forms of internal combustion transportation—not just passenger diesel.

It’s pretty clear that whether the issue is safety or pollution, major manufacturers don’t take cheating on government standards as seriously as they would, say, take theft. The well established culture is “if the likely financial benefits exceed the probable penalties, cheat.” And this runs deep in the business world—it’s not just VW or even the auto industry.

What would deter cheating? (Absent the certainty of detection and penalties which is an improbably difficult hurdle). One thing: the belief that not only will the bottom line take a hit, but the careers and reputations and perhaps liberty of those involved will be at risk. That’s what deters thieves—you might go to jail, not just have to return your stolen goods. In the wake of the GM safety settlement, the Department of Justice has promised that in the future, these kinds of penalties will be used. And that’s what’s needed to deter obvious, intentional and willful cheating on pollution and safety standards, cheating which, let’s remember, kills.