The Truth about Transporting Tar Sands through Ontario and Quebec for Export into the U.S. 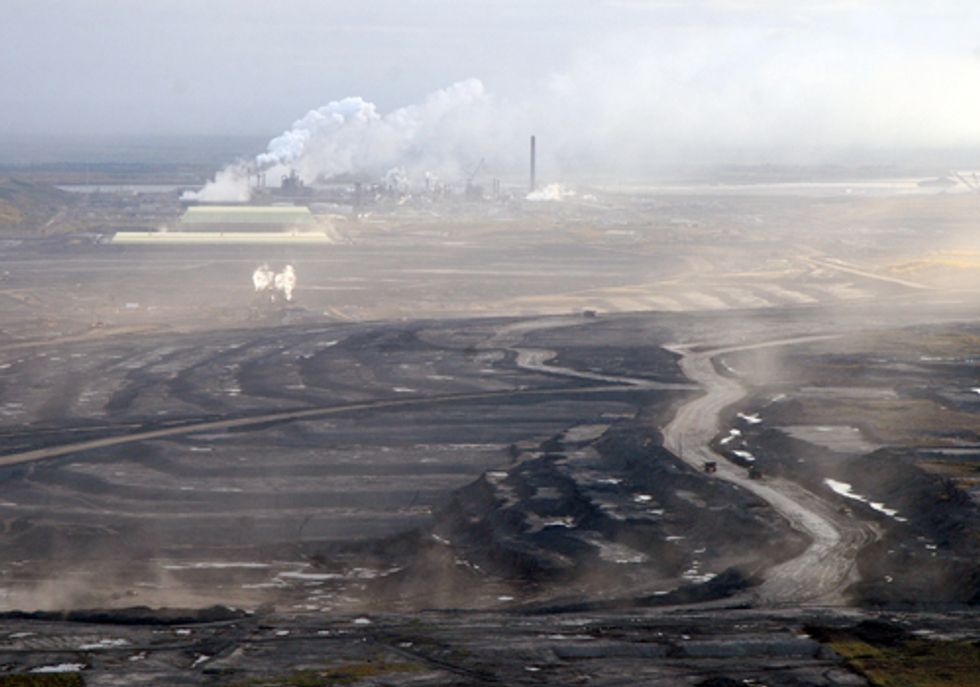 Pipeline company Enbridge Inc.’s plan, announced the evening of May 16, would put people living in Ontario and Quebec at greater risk of oil spills and hazardous air pollution. The company wants to send tar sands oil—which is more dangerous to transport and more difficult to clean up than conventional oil—through both provinces as part of a larger plan to export more oil to the U.S. The announcement came just days before public hearings begin in London, Ontario on a proposal to reverse its pipeline through part of Ontario.

“Enbridge wants to saddle Ontarians with more air pollution and more risk of toxic oil spills into our water to help get more tar sands oil out of the country, and worse, has tried to avoid a full public debate about the impacts of its plan,” said Gillian McEachern of Environmental Defence. “The energy board needs to respond to this bait and switch with a review of Enbridge’s real plan.”

Getting raw tar sands oil through pipelines is like moving hot, liquid sandpaper that grinds and burns its way through a pipe, thus increasing the chance that weakened pipelines will rupture. In the U.S., the pipelines that have the longest history of transporting tar sands in North Dakota, Minnesota, Wisconsin and Michigan spilled almost three times as much oil per mile of pipeline between 2007 and 2010 compared to the U.S. national average. Tar sands oil spills are also more difficult to clean up once they do happen, and do more damage to the environment and public health than regular oil spills.

Last August, Enbridge asked the energy board for permission to reverse part of its Line 9 oil pipeline through Ontario, referring to the project as “Phase 1." Public hearings into the proposal begin on May 23 in London, Ontario. Yet yesterday’s announcement showed that Enbridge plans to reverse the entire pipeline from Sarnia to Montreal, which is four times the distance the energy board is currently looking at. The groups are calling on the board to review the environmental and economic impacts of this larger project, rather than pieces of it.

“The pipeline which would carry the tar sands oil all the way from Alberta to Quebec would go through some of the most densely populated areas of the country such as the Greater Montreal Area,” said Steven Guilbeault of Equiterre. “Furthermore, polls after polls have shown that Quebecers are very opposed to tar sands oil because of the environmental impacts of that industry.”

Environmental Defence and Equiterre are official intervenors in the energy board review of the plan. While supporters of the project have claimed that Ontario and Quebec will benefit economically from this, Enbridge has failed to provide information on the economic impacts of its plan for Ontario.

The Revelator
Oceans
A surgical mask floats in the ocean. Eloi_Omella / Getty Images

As we enter what's hopefully the home stretch of the COVID-19 pandemic, it's time to take stock of how it affected every aspect of our world, to consider what happened, what could be done different to avoid those problems in the future, and what's next.