The Truth about 'Pink Slime' 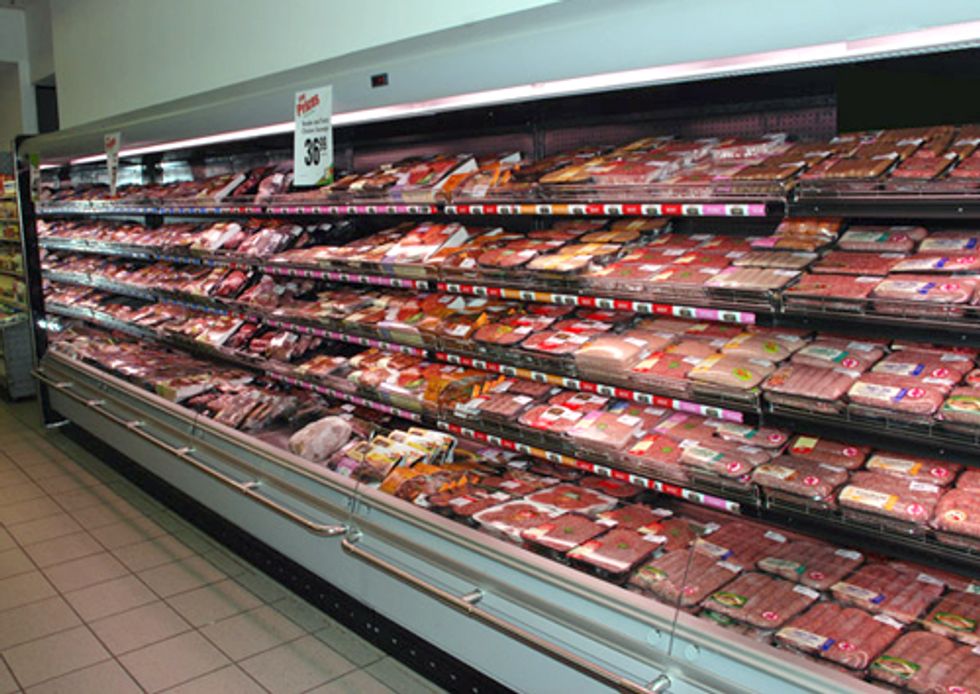 Last week, The Daily broke the news that the U.S. Department of Agriculture (USDA) planned to buy 7 million pounds of Boneless Lean Beef Trimmings (BLBT)—otherwise known as “pink slime”—for school lunches. Some reports state that 70 percent of prepackaged grind on retailers’ shelves contain it. The resulting backlash has had more effect than anyone expected. Following a public outcry and hundreds of thousands of signatories to petitions to try to get the product out of schools, Beef Products, Inc. (BPI), the world’s leading producer of BLBT, has launched a new counteroffensive website, “pink slime is a myth.” So where does the truth lie?

Obviously, Boneless Lean Meat Trimmings sounds a lot more appetizing than “pink slime.” But whatever you call it, what is it? And how is it produced?  The “pink slime is a myth” website says that BLBT is the meat and fat that is trimmed away when beef is cut. This is true as far as it goes. But BLBT isn’t quite the same as the bits of meat that you or your butcher might cut off the edge of a steak or other piece of meat. BLBT is the fatty trimmings that even BPI agrees couldn’t be separated with the knife. In the past, these trimmings were used for pet food or converted into oil rather than being served as hamburgers to people.

BPI discovered that first simmering the trimmings so that the fat separates from the muscle, and then using a centrifuge to spin off the fat and so extract the protein from the trimmings, resulted in a lean product that could be used in food. The next challenge was to make this recovered “meat” safe to eat. BPI is well aware—having commissioned its own reports in the past—that trimmings from the outer surface of the beef carcass have the potential for greater contamination with bacteria than other cuts of meat. These scraps of meat are susceptible to contamination with E. coli and Salmonella. The BPI answer is to send the centrifuged “meat” mixture through pipes where it is sprayed with ammonia gas intended to kill the bacteria. The end product may not exactly look like “slime”—and some of the photos accompanying blogs on this topic have actually been of recovered poultry meat rather than beef—but it certainly doesn’t look like beef either.

Some estimates suggest that as well as being put into school food, 70 percent of all hamburgers contain at least some “pink slime.” BPI says that BLBT “rarely” makes up more than 25 percent of the final product—but that’s still a lot of recovered meat “waste” that wouldn’t be in any hamburger you made from beef you’d ground at home. Interestingly, when Beef magazine’s website ran a story deriding the “media hysteria” and supporting the new “pink slime is a myth” website, the comments from ranchers—a group not generally inclined to take a non-industry line—were disparaging. The general feeling was that beef producers could not and should not defend this product. It seems that everyone aside from those making money from pink slime can see that when you have to use a centrifuge and add ammonia to fatty scraps of meat to make it lean and “safe,” you really shouldn’t be trying to sell it as “beef.”

Even the fast food companies McDonald‘s, Burger King and Taco Bell stopped using meat that was treated with ammonia last year. These are not companies that sell their products as being healthy and wholesome—yet they recognize that this treated meat fills consumers with distaste. Today, the grocery chain Kroger released a list of products containing “pink slime” so you can avoid them should you wish. Kroger is honest enough to admit the presence of pink slime, and hopefully the company is considering removing it from its stores.

So, if pink slime isn’t good enough for McDonald’s, why on earth does the USDA think it is good enough for our children? One argument is that with tight budgets, ammonia-treated recovered meat is a cheaper option to provide protein in school lunches. But the estimates I’ve seen suggest that the savings are as little as a few cents a pound. While this adds up to a fair amount when you buy 7 million pounds of meat, are the savings really worth it?

The picture does not improve when you see what former USDA microbiologists say about BLBT. Gerald Zirnstein was the man who first coined the phrase “pink slime” in an email message to colleagues back in 2002. He said that calling the product “ground beef” as USDA wanted to do amounted to “fraudulent labeling.” Another USDA scientist, Carl Custer, interviewed a few days ago was concerned that the department had approved the ammonia treated beef for sale without obtaining independent confirmation that the product did not have a food safety risk. Yet, in 2009, there were two back-to-back incidents of salmonella contamination which caused 52,000 pounds of BLBT to be recalled.

With amazing shamelessness, the American Meat Institute (AMI) is also trying to promote pink slime as being sustainable. Their argument is that utilizing these trimmings in a world where red meat protein supplies are decreasing and global demand is increasing is a good thing and improves the efficiency of the beef industry. But this product wasn’t wasted before BPI came along with its centrifuges and ammonia—it had less profitable uses. And sustainability—as well as feeding the world an adequate supply of protein—is far more complex than ensuring a constant supply of a protein that no one in their right mind would want to eat. We can do a lot more to feed the world in a sustainable way by thinking about our eating habits and purchasing high-welfare pasture-raised meat.

Some within the USDA pushed for pink slime to be listed as an ingredient on the hamburger patties to which it was added. But because the substance was designated simply as “meat,” there’s no way of knowing if it’s been added to the grocery store grind that you’re buying. Likewise, the USDA considers ammonia gas a “processing agent” rather than an ingredient, so the addition of ammonia does not have to be listed anywhere.

This is the same old story—if you want to be sure of what you’re getting, then you need to buy meat from farmers who are producing a high quality, unadulterated product—a product that doesn’t need to be treated with ammonia hydroxide in order to reduce the risk of food poisoning. A product that is truly sustainable. You need to look for meat produced by Animal Welfare Approved farmers.

If you do nothing else, sign this petition to get “pink slime” out of our children’s diets. Sign the petition to the USDA by clicking here.