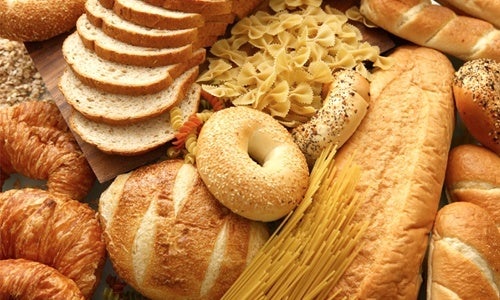 Gluten is very controversial these days.

Most sources claim that it is safe for everyone except those who have celiac disease.

On the other hand, some health experts believe that gluten is harmful for most people. 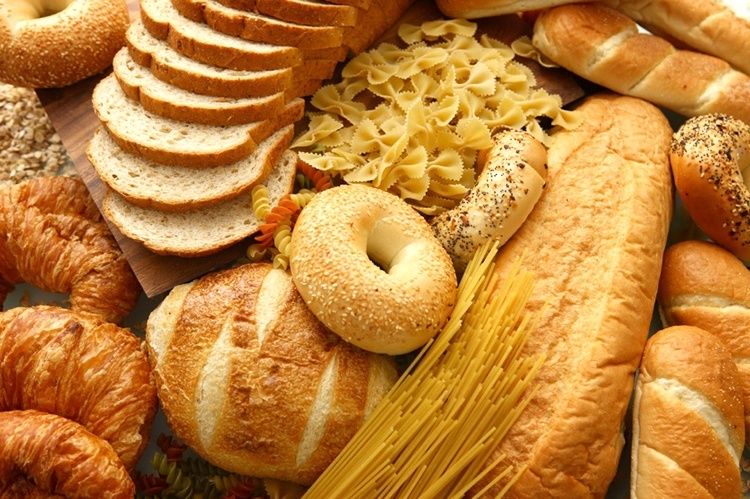 Gluten is a family of proteins found in grains like wheat, rye, spelt and barley.

According to a recent survey, more than 30 percent of Americans actively try to avoid eating gluten.

This article explains what gluten is and how it can affect your health.

Gluten is a family of proteins found in grains like wheat, rye, spelt and barley.

Of the gluten-containing grains, wheat is by far the most commonly consumed.

The two main proteins in gluten are glutenin and gliadin. Gliadin is responsible for most of the negative health effects (1, 2)

When flour is mixed with water, the gluten proteins form a sticky network that has a glue-like consistency.

This glue-like property makes the dough elastic and gives bread the ability to rise when baked. It also provides a chewy, satisfying texture (3, 4).

Interestingly, the name glu-ten is derived from this glue-like property of wet dough.

Bottom Line: Gluten is a family of proteins found in grains like wheat, spelt, rye and barley. Gliadin and glutenin are the two main gluten proteins.

Why is Gluten Bad For Some People?

However, it can cause problems for people with certain health conditions.

This includes celiac disease, gluten sensitivity, wheat allergy and some other diseases (5, 6).

Celiac disease, also spelled as coeliac disease, is the most severe form of gluten intolerance. It affects about about 0.7–1 percent of the population (7).

It is an autoimmune disorder and involves the body treating gluten as a foreign invader. The immune system attacks the gluten, as well as the lining of the gut (8).

This damages the gut wall and may cause nutrient deficiencies, anemia, severe digestive issues and an increased risk of many diseases (9).

However, some people with celiac disease do not have digestive symptoms, but may have other symptoms like tiredness or anemia (12, 13).

For this reason, celiac disease can be very difficult to diagnose. In fact, up to 80 percent of people with celiac disease don’t know that they have it (7, 14).

Bottom Line: Celiac disease is an autoimmune disorder that makes the body attack gluten in the digestive system. This can cause severe digestive disorders and other health problems.

There are many people who do not test positive for celiac disease, but still react negatively to gluten.

It is currently not known how many people have this condition, but it has been estimated to be in the range of 0.5–13 percent (15).

There is no clear definition of non-celiac gluten sensitivity, but the diagnosis is made when a patient reacts negatively to gluten, but celiac disease and allergies have been ruled out (16, 17, 18, 19).

However, some experts believe this isn’t a real condition. They think the adverse effects are imaginary or caused by substances other than gluten.

One study looked at almost 400 people with self-diagnosed gluten intolerance and investigated whether they improved on a gluten-free diet (20).

The results showed that only 26 people had celiac disease, while 2 had a wheat allergy. Only 27 of the remaining 364 people were diagnosed as gluten sensitive.

That means that of the 400 who thought they were gluten intolerant, only 55 people (14.5 percent) actually had an issue with gluten.

Therefore, many people who think they’re gluten intolerant actually have other causes for their symptoms.

Bottom Line: Many people react negatively to gluten but do not have celiac disease. This condition, known as non-celiac gluten sensitivity, is controversial.

It’s a chronic condition, but many people are able to manage their symptoms with diet, lifestyle changes and stress management.

Interestingly, studies have shown that some individuals with IBS may benefit from a gluten-free diet (22, 23, 24, 25).

For about 1 percent of the population, a wheat allergy may be causing digestive issues after consuming gluten (26).

Furthermore, studies have shown that a gluten-free diet may benefit some individuals with schizophrenia, autism and a disease called gluten ataxia (27, 28, 29).

Bottom Line: Gluten may be problematic for people with irritable bowel syndrome and wheat allergy. People with schizophrenia, autism and gluten ataxia may also benefit from a gluten-free diet.

How To Know if You’re Gluten Intolerant

Digestive discomfort is the most common indication of gluten intolerance. You may also have anemia or trouble gaining weight.

To figure out what’s causing your discomfort, ask your doctor to check for celiac disease first.

There are two main ways to find out if you have celiac disease (10):

If you think you may have celiac disease, you should consult with your doctor before trying a gluten-free diet. This makes it easier to get a correct diagnosis.

If you don’t have celiac disease, the best way to find out if you are sensitive to gluten is to follow a strict gluten-free diet for a few weeks to see if symptoms improve.

Then, you’ll have to introduce gluten back into your diet and see if your symptoms return.

If your symptoms don’t improve on a gluten-free diet and don’t get worse when you re-introduce gluten, then the culprit is probably something other than gluten.

Bottom Line: If you think you react negatively to gluten, you should consult with your doctor to see if you have celiac disease. If that’s ruled out, a gluten-free diet may help determine if you’re actually gluten intolerant.

FODMAPs Can Also Cause Digestive Issues

FODMAPs are short-chain carbohydrates found in many foods, including wheat.

Many people are unable to digest these properly, which can cause various digestive symptoms (30, 31)

In fact, there is some evidence that many people with “gluten sensitivity” are actually sensitive to FODMAPs, not gluten (32).

One study of 37 people with self-reported gluten sensitivity placed participants on a low-FODMAP diet, which reduced symptoms. The participants were then given isolated gluten, which did not affect their digestive symptoms (32).

This indicates that FODMAPs may be the true culprit for many people who think they react negatively to gluten.

Bottom Line: FODMAPs are short-chain carbohydrates found in many foods, including wheat. They may be the true culprit for many people who think they react negatively to gluten.

Which Foods Are High in Gluten?

The most common sources of gluten in the diet are:

Wheat is also added to all sorts of processed foods. If you want to avoid gluten, then you better start reading food labels.

How to Safely Do a Gluten-Free Diet

Starting a gluten-free diet may be rather challenging to begin with.

The first thing you need to do is start reading the labels on everything you eat.

You’ll soon realize that gluten, especially wheat, is added to a surprising number of foods.

There are a few grains and seeds that are naturally gluten-free. These include:

However, while oats are naturally gluten free, they may be contaminated by it. Therefore, it is safest to only consume oats with a gluten-free label (33, 34).

There are plenty of healthy whole foods that are naturally gluten-free, including:

As a rule of thumb, it’s better to choose foods that are naturally gluten-free, rather than processed gluten-free products. These tend to be low in nutrients and high in added sugar or refined grains.

Most beverages are also gluten-free, except beer (unless it says it’s gluten-free).

For more details on following a gluten-free diet, read this: The Gluten-Free Diet: Everything You Need to Know (Literally).

Bottom Line: There are plenty of foods and grains that are naturally gluten-free. Try to choose mostly healthy, whole foods.

Should Everyone Avoid Gluten?

For the vast majority of people, avoiding gluten is unnecessary.

However, for people with certain health conditions, removing gluten from the diet can make a huge difference.

Furthermore, the diet is usually harmless to try. There is no nutrient in gluten grains that you can’t get from other foods.

Just make sure to choose healthy foods. A gluten-free label does not automatically mean that a food is healthy.

Dr. Mark Hyman: The Secret Fat That Makes You Thin

6 Foods That Can Actually Make You Hungrier