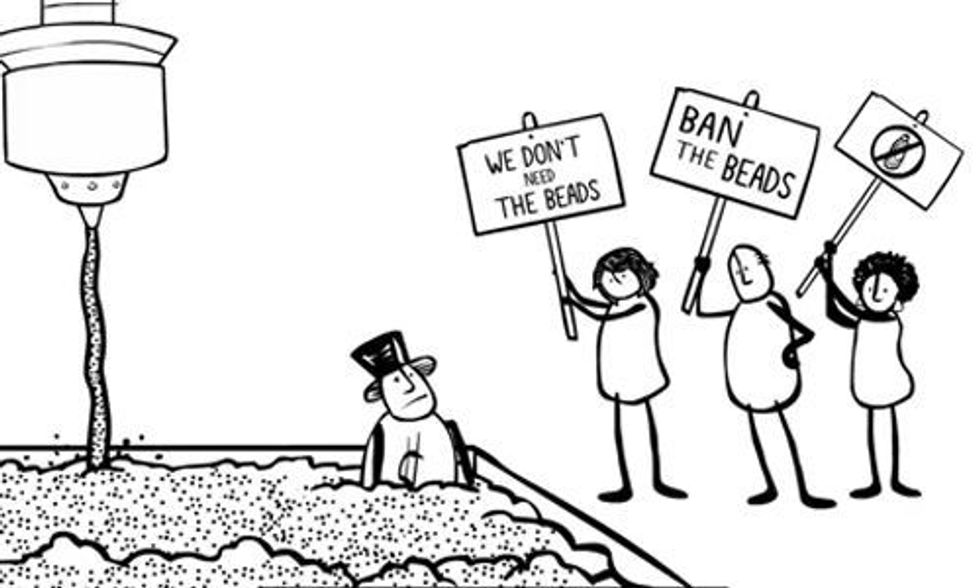 The makers of The Story of Stuff, The Story of Bottled Water and seven other short animated movies released their first new video in more than a year. It's a two-minute animated "explainer" that tells the story of microbeads. The Story of Stuff Project′s previous videos have become viral sensations, garnering more than 45 million views online.

The new video was released to support growing efforts in the U.S., Canada, Europe and elsewhere to outlaw the tiny plastic beads, an increasingly common ingredient in personal care products that escapes most water treatment plants and pollutes the environment.

Microbeads, which can be found in everything from facial scrubs and soap to toothpaste and makeup, have become ubiquitous. They show up on ingredient labels under their material names: polyethylene, polypropylene, polyethylene terephthalate or polymethyl methacrylate. And they have been found in more than 35 samples of wastewater effluent across the U.S., according to the Story of Stuff Project.

The video debuts on the heels of UN scientists' call for action on marine microplastics and dozens of U.S. states consider bills to ban microbeads. The Story of Stuff Project has been working with a broad coalition of more than 100 groups to support a ban at state and national levels.