The Rust-Bucket Reactors Start to Fall 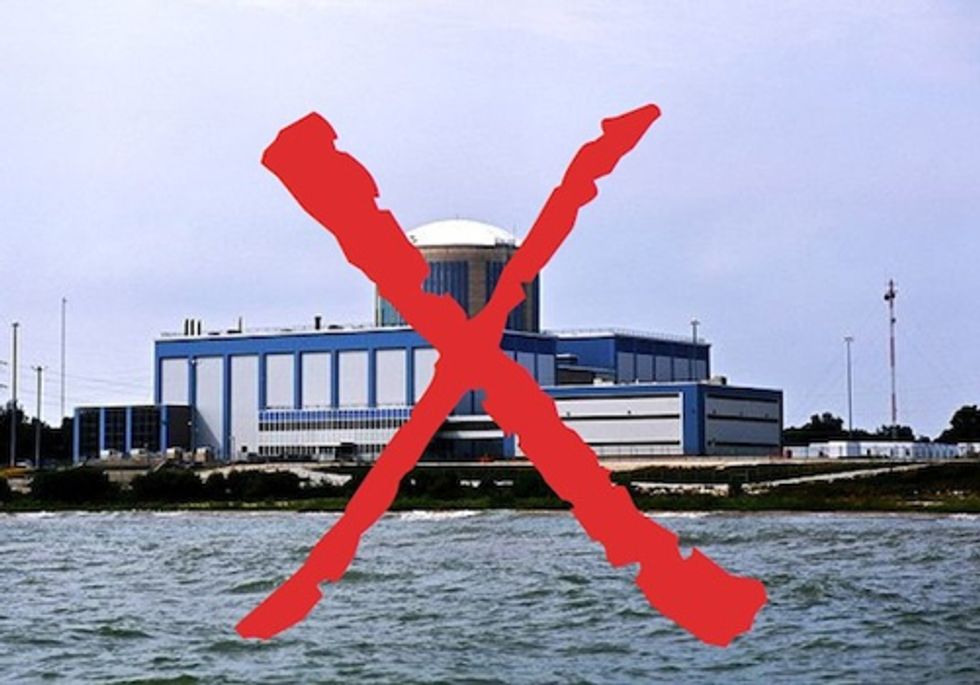 Dominion Resources plans to shut its Kewaunee plant in Wisconsin next year.

The U.S. fleet of 104 deteriorating atomic reactors is starting to fall. The much-hyped "nuclear renaissance" is now definitively headed in reverse.

The announcement that Wisconsin's Kewaunee will shut next year will be remembered as a critical dam break. Opened in 1974, Kewaunee has fallen victim to low gas prices, declining performance, unsolved technical problems and escalating public resistance.

Many old U.S. reactors are still profitable only because their capital costs were forced down the public throat during deregulation, through other manipulations of the public treasury and because lax regulation lets them operate cheaply while threatening the public health.

But even that's no longer enough. Dominion Energy wanted a whole fleet of reactors, then backed down and couldn't even find a buyer for Kewaunee. As the company put it: "the decision" to shut Kewaunee "was based purely on economics. Dominion was not able to move forward with our plan to grow our nuclear fleet in the Midwest to take advantage of economies of scale." Ironically, Kewaunee was recently given a license extension by the Nuclear Regulatory Commission.

Though Kewaunee may become the first U.S. reactor to shut in more than a decade, it won't be the last:

The list of other reactors with immediate technical, economic and political challenges is long and lethal. The world still has no place for high-level radioactive waste. Renewable energy prices continue to drop while projected cost estimates for new reactors soar out of control—here, in Finland, France and elsewhere. The two reactors under construction in Georgia, along with two in South Carolina, are all threatened by severe delays, massive cost overruns and faulty construction scandals, including the use of substandard rebar steel and inferior concrete, both of which will be extremely costly to correct.

A high-priced PR campaign has long hyped a "nuclear renaissance." But in the wake of Fukushima, a dicey electricity market, cheap gas and the failure to secure federal loan guarantees in the face of intensifying public opposition, the bottom may soon drop out of both projects. A proposed French-financed reactor for Maryland has been cancelled thanks to a powerful grassroots campaign. Any other new reactor projects will face public opposition and economic pitfalls at least as powerful.

The announcement that Kewaunee will shut could send the U.S. fleet into free fall. Richard Nixon promised the U.S. a thousand reactors by the year 2000. But in fact there were 104. And with the needle now dropping, it's clear the "Peaceful Atom" is on its way out.

The decline is worldwide. China may still be weighing more reactor construction, as are Russia and South Korea. But public resistance has vastly escalated in India. Virtually all of Europe is abandoning the technology, with Germany leading the way to a green-powered future. A fuel pool laden with radioactive rods still hangs precariously in the air at Fukushima, casting an even harsher light on the two dozen GE reactors of similar design still operating here. All but two of Japan's reactors remain shut while an angry debate rages over whether any of the rest will ever reopen.

Should the very pro-nuclear Mitt Romney win here in November, another surge may come aimed at reviving this industry. But the mountains of money, litany of technical fixes and heavy political costs that would be required are staggering to say the least.

In the long run, the real worry is that one or more of these old reactors might just blow before we can get them decommissioned. In that light, the shut-down of Kewaunee and the rest of its aging siblings can't come soon enough.