The Real Story Behind the Oil Price Collapse 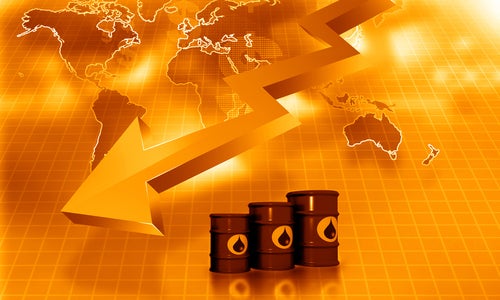 Many reasons have been provided for the dramatic plunge in the price of oil to about $60 per barrel (nearly half of what it was a year ago): slowing demand due to global economic stagnation; overproduction at shale fields in the U.S.; the decision of the Saudis and other Middle Eastern OPEC producers to maintain output at current levels (presumably to punish higher-cost producers in the U.S. and elsewhere); and the increased value of the dollar relative to other currencies. There is, however, one reason that’s not being discussed, and yet it could be the most important of all: the complete collapse of Big Oil’s production-maximizing business model. 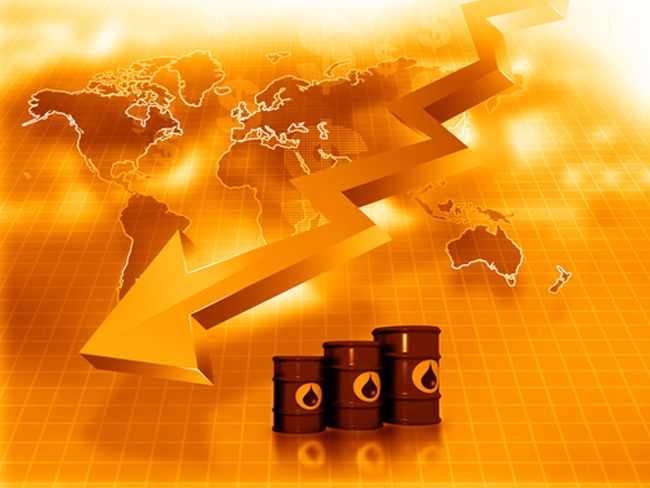 To fully appreciate the nature of the energy industry’s predicament, it’s necessary to go back a decade to 2005, when the production-maximizing strategy was first adopted.

Until last fall, when the price decline gathered momentum, the oil giants were operating at full throttle, pumping out more petroleum every day. They did so, of course, in part to profit from the high prices. For most of the previous six years, Brent crude, the international benchmark for crude oil, had been selling at $100 or higher. But Big Oil was also operating according to a business model that assumed an ever-increasing demand for its products, however costly they might be to produce and refine.  This meant that no fossil fuel reserves, no potential source of supply—no matter how remote or hard to reach, how far offshore or deeply buried, how encased in rock—was deemed untouchable in the mad scramble to increase output and profits.

In recent years, this output-maximizing strategy had, in turn, generated historic wealth for the giant oil companies. Exxon, the largest U.S.-based oil firm, earned an eye-popping $32.6 billion in 2013 alone, more than any other American company except for Apple.  Chevron, the second biggest oil firm,posted earnings of $21.4 billion that same year. State-owned companies like Saudi Aramco and Russia’s Rosneft also reaped mammoth profits.

How things have changed in a matter of mere months. With demand stagnant and excess production the story of the moment, the very strategy that had generated record-breaking profits has suddenly become hopelessly dysfunctional.

To fully appreciate the nature of the energy industry’s predicament, it’s necessary to go back a decade to 2005, when the production-maximizing strategy was first adopted. At that time, Big Oil faced a critical juncture.  On the one hand, many existing oil fields were being depleted at a torrid pace, leading experts to predict an imminent “peak” in global oil production, followed by an irreversible decline; on the other, rapid economic growth in China, India, and other developing nations was pushing demand for fossil fuels into the stratosphere. In those same years, concern over climate change was also beginning to gather momentum, threatening the future of Big Oil and generating pressures to invest in alternative forms of energy.

No one better captured that moment than David O’Reilly, the chairman and CEO of Chevron. “Our industry is at a strategic inflection point, a unique place in our history,” he told a gathering of oil executives that February. “The most visible element of this new equation,” he explained in what some observers dubbed his “Brave New World” address, “is that relative to demand, oil is no longer in plentiful supply.” Even though China was sucking up oil, coal, and natural gas supplies at a staggering rate, he had a message for that country and the world: “The era of easy access to energy is over.”

To prosper in such an environment, O’Reilly explained, the oil industry would have to adopt a new strategy. It would have to look beyond the easy-to-reach sources that had powered it in the past and make massive investments in the extraction of what the industry calls “unconventional oil” and what I labeled at the time “tough oil”: resources located far offshore, in the threatening environments of the far north, in politically dangerous places like Iraq, or in unyielding rock formations like shale.  “Increasingly,” O’Reilly insisted, “future supplies will have to be found in ultradeep water and other remote areas, development projects that will ultimately require new technology and trillions of dollars of investment in new infrastructure.”

For top industry officials like O’Reilly, it seemed evident that Big Oil had no choice in the matter.  It would have to invest those needed trillions in tough-oil projects or lose ground to other sources of energy, drying up its stream of profits. True, the cost of extracting unconventional oil would be much greater than from easier-to-reach conventional reserves (not to mention more environmentally hazardous), but that would be the world’s problem, not theirs. “Collectively, we are stepping up to this challenge,” O’Reilly declared. “The industry is making significant investments to build additional capacity for future production.”

On this basis, Chevron, Exxon, Royal Dutch Shell, and other major firms indeed invested enormous amounts of money and resources in a growing unconventional oil and gas race, an extraordinary saga I described in my book The Race for What’s Left. Some, including Chevron and Shell, started drilling in the deep waters of the Gulf of Mexico; others, including Exxon, commenced operations in the Arctic and eastern Siberia.  Virtually every one of them began exploiting U.S. shale reserves via hydro-fracking.

Only one top executive questioned this drill-baby-drill approach: John Browne, then the chief executive of BP.  Claiming that the science of climate change had become too convincing to deny, Browne argued that Big Energy would have to look “beyond petroleum” and put major resources into alternative sources of supply. “Climate change is an issue which raises fundamental questions about the relationship between companies and society as a whole, and between one generation and the next,” he had declared as early as 2002.  For BP, he indicated, that meant developing wind power, solar power and biofuels.

Browne, however, was eased out of BP in 2007 just as Big Oil’s output-maximizing business model was taking off, and his successor, Tony Hayward, quickly abandoned the “beyond petroleum” approach. “Some may question whether so much of the [world’s energy] growth needs to come from fossil fuels,” he said in 2009. “But here it is vital that we face up to the harsh reality [of energy availability].”  Despite the growing emphasis on renewables, “we still foresee 80 percent of energy coming from fossil fuels in 2030.”