The Promising Future for Solar and Wind Energy 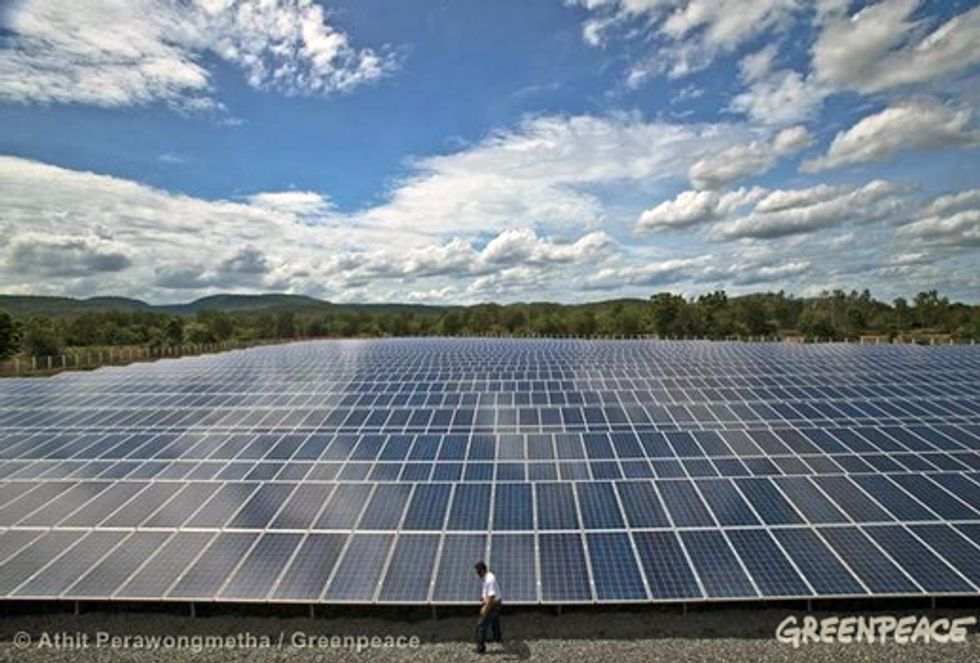 While ratings agency Standard & Poor’s (S&P) has said the oil sector risks future credit downgrades, the news from the renewables energy market points to a much more promising future for solar and wind.

When agencies like S&P reflect on what the consequences could be if governments adopt carbon-constraining policies to avert catastrophic climate change, it's a sure sign that the oil industry and its investors are starting to worry.

On the other side of the coin, solar power is ready to boom.

Even oil and gas giant Shell forecasts in its New Lens Scenarios report that solar could become the world’s largest primary source of energy by 2070. This must surely be painful for Shell to admit after it decided to exit the solar market back in 2009.

Bearing the fruits of its good investments, Germany will see its solar energy market become sustainable by 2014, according to a Deutsche Bank report.

This means that photovoltaic, which now has a cumulative capacity of 32.6 gigawatt, will have reached the 52 gigawatt target that the German government had set before it would cut public subsidies.

But the nice thing about solar energy is that it’s not only a good investment for big investors.

A report from Dutch environment group Natuur en Milieu indicates that investing in household solar panels can result in the equivalent of a 13 percent gain on the investment over a 25-year period (the estimated optimal lifespan for such a device) against a 4.5 percent long-term savings rate over the same period.

But households are not the only ones that can profit.

The Indian city of Anantapur is the first municipality in the country to invest in solar power to produce the 5 megawatt needed to power its water pumping operations and street lights: a U.S. $1 million saving every year!

And this is just one of the solar power projects planned in India, where in the next three years 1,172 megawatt of capacity will be added to the network, representing a doubling of the 1,234 megawatt already installed since 2010.

For smaller communities such as schools, solar energy can also deliver immediate change: in some countries solar panels on the roof mean saving money that can help educate people into energy-savvy consumers.

Also in Latin America things are starting to move. While U.S. enterprises are showcasing their products by supporting solar development in Mexico, Argentina, which is one of the least developed solar energy markets in Latin America along with Venezuela, plans to have eight percent of its energy consumption provided by renewables by 2016, which means moving from the current 6.2 megawatt capacity to 10 megawatt of solar energy.

And as the technology develops, solar energy can be applied in a variety of ways, reducing demand for carbon-based energy sources.

One example is the gigantic solar thermal power plant in Ivanpah, California, which has just passed the first functional tests.

Another project involves the new colorful transparent solar cells which can be added to the glass surfaces of buildings. The technology means 12 percent of the solar energy received by the building will be converted into low-carbon electricity.

Other projects involve putting photovoltaic film on mobile phones or iPad screens to allow recharging of the devices when they're exposed to the sun.

Or consider this: a 'solar suitcase' which gives a basic electricity backup system to hospitals. Developed by a non-profit group in 2009 as a tool to save life during childbirth, it has been already distributed to many communities in Africa, Asia and South America.

These and other great ideas are helping to decentralize the power grid and reduced its carbon footprint. And the pace of change is accelerating.

In China, clean energy investment was a record U.S. $67.7 billion, up 20 percent on the previous year thanks to a surge in its solar sector, according to Bloomberg New Energy Finance.

Worldwide, the 2012 investment total in clean energy was the second highest ever, and five times that of 2004.

Yes indeed, great things are starting to happen under the sun.