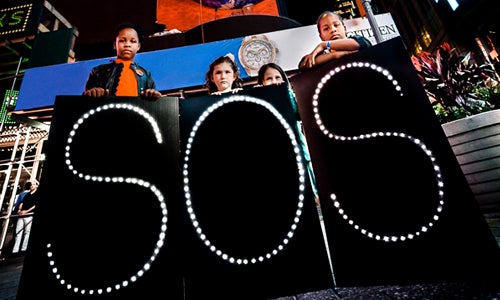 Protecting the planet from the worst consequences of climate change is not an “I” issue, it’s a “We” issue, and notice we are using a capital “W.”  That’s why it’s important for as many people as possible to take part in the People’s Climate March in New York, the various other marches around the world, and the social media actions associated with them over the next week. The People’s Climate March on the 21st in New York is a chance for hundreds of thousands of people of all walks of life—from the business community to hundreds of youth groups, and everyone in between—to show that “We,” as citizens of this planet, want a future that isn’t limited by the inaction we are seeing on climate change now. 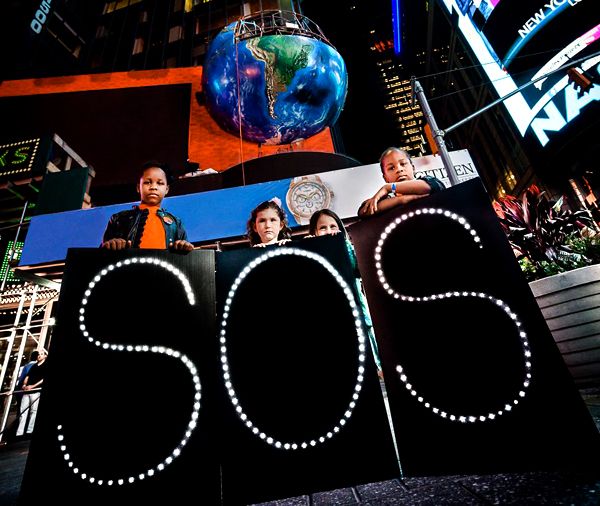 The People’s Climate March in New York and the other marches taking place in London, Paris, Berlin, Melbourne and Bogotá can serve as a launching point for real policies to be implemented to limit carbon emissions, encourage large scale renewable energy projects and fund ways to fight off the consequences of climate change. Photo credit: Joshua Cruse / NYC Light Brigade

Climate change is something we can all individually chose to ignore, but if we do so the consequences will be unavoidable no matter where you live. Our home state of California is already seeing the consequences of climate change firsthand. The record drought that continues to ravage California doesn’t care if you are rich and poor or what your religion or race is. The drought is touching us all. It requires us all to limit our water use, pay higher food prices and rethink the places we have decided to call home.

The impacts of climate change aren’t just here in California, no part of the world is immune from the inaction we are now seeing on climate change. The DARA report on Climate Impacts projects huge consequences for the world as it continues to warm, especially Africa and Asia. These consequences come in the form of rising seas, increasing extreme weather events, crop destruction, shocks to food supplies and yes, drought. Climate change is real, it is serious, we are causing it, but we can also slow it down.

So let’s collectively start to take some action that goes beyond everyday actions. Of course, buying local, using renewable energy, recycling and riding your bike to work are all great ways to individually make a difference, but the truth is much more is needed to stop the worst consequences of climate change. We need action from policymakers and world leaders to complete the puzzle and that’s where “We” come in. People need to get visual and vocal to show our leaders here in the U.S. and around the world that we want action on climate change.

The People’s Climate March is a perfect opportunity to do that. It comes just days before more than 100 presidents, prime ministers and other heads of state meet in New York to begin discussing solutions to the climate challenge. The People’s Climate March in New York and the other marches taking place in London, Paris, Berlin, Melbourne and Bogotá can serve as a launching point for real policies to be implemented to limit carbon emissions, encourage large scale renewable energy projects and fund ways to fight off the consequences of climate change. If we collectively support these efforts, through marches and other actions in the coming years, we will reap the benefits of a world that isn’t raved by the worst climate change could bring. So let’s collectively all get active!