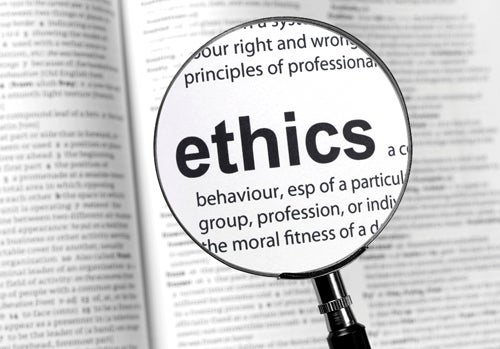 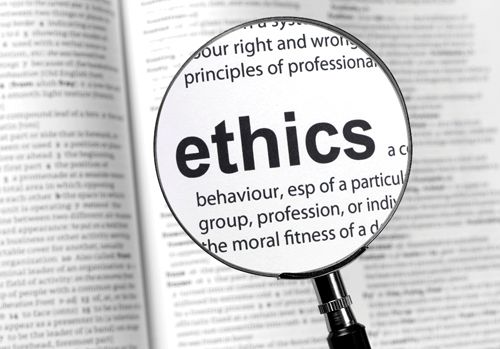 The nation’s leading organic farming watchdog, The Cornucopia Institute, is challenging what it calls a “conspiracy” between corporate agribusiness interests and the U.S. Department of Agrciulture (USDA) that has increasingly facilitated the use of questionable synthetic additives and even dangerous chemicals in organic foods. In its new white paper, The Organic Watergate, Cornucopia details violations of federal law, ignoring congressional intent, that has created a climate of regulatory abuse and corporate exploitation.

When Congress passed the Organic Foods Production Act of 1990 it set up an independent advisory panel, the National Organic Standards Board (NOSB) that, uniquely, has statutory power. Any synthetic input or ingredient used in organic farming or food production must be reviewed by the NOSB to assure that it is not a threat to human health or the environment.

The Cornucopia report charges the USDA with “stacking” the NOSB with agribusiness executives that all too often have “sold out” the interests of organic farmers and consumers.

“The organic community came together and actually asked the government, in order to maintain a level playing field and organic integrity, to regulate our industry,” said Mark A. Kastel, codirector of The Cornucopia Institute. “How many other industries have ever asked the federal government for tough regulations and enforcement?”

In order to placate concerns of federal involvement in the nascent organic industry, Congress specifically earmarked the majority of the 15 seats on the NOSB for farmers, consumers, scientists and environmentalists as a way to balance the power of commercial interests involved in organic food manufacturing, marketing and retail sales.

“Many in the industry generally thought this system of shared power, with regard to synthetics in organics, was working until we received a wake-up call at the NOSB’s meeting late last year in Savannah, Georgia,” Kastel noted.

At the Savannah meeting a giant Dutch-based multi-national conglomerate, Royal DSM N.V./Martek Biosciences, partnered with the nation’s largest dairy processor, Dean Foods, to muscle through approval of DHA/ARA synthetic nutrient oils. The additives, derived from genetically mutated algae and soil fungus, are processed with petrochemical solvents, grown in genetically engineered corn, and formulated for use in infant formula, dairy and other products with a myriad of other unreviewed synthetic ingredients.

“All these elements of the Martek Biosciences products, along with outstanding safety and efficacy concerns, made them inappropriate and illegal in organics,” said Charlotte Vallaeys, director of Food and Farm Policy for Cornucopia. “So after witnessing this travesty, we decided to take a closer look at how other synthetic additives have been approved for use in organic foods in the past.”

What The Cornucopia Institute investigation found is disturbing to many organic industry stakeholders.

Since the NOSB was not constituted by Congress to be a scientific body, it relies on legally mandated technical reviews, by impartial scientists, of any synthetic materials that are petitioned for use in organics.

Cornucopia found that a small handful of scientists, working for corporate agribusiness, supplied the “independent” analyses to the board. In one example, an executive for Ralston Purina/Beech Nut, Dr. Richard Theuer, authored 45 of 50 technical reviews during a two-year period in the 1990s.

As a case study Cornucopia used the food ingredient carrageenan, a stabilizer and thickening agent that was initially approved for use in organic food in the mid-1990s. Theuer, and two other agribusiness-related food scientists, reviewed carrageenan without emphasizing its impacts on human health and the environment. Carrageenan, derived from seaweed, has been widely used in conventional foods for decades.

“Carrageenan is a well-documented inflammatory agent that has been found, in thousands of experiments in human cells and animals, to cause harmful effects and low molecular weight. Carrageenan has been recognized by the World Health Organization’s International Agency for Research on Cancer and the National Research Council of the United States as a possible human carcinogen,” said Dr. Joanne Tobacman, a leading researcher on carrageenan and its human health impacts at the University of Illinois at Chicago.

Low molecular weight, or “degraded,” carrageenan has been found, by industry research, to contaminate food-grade carrageenan. Other research has indicated that digestion, heating, bacterial action and mechanical processing can increase the amount of degraded carrageenan obtained from higher molecular weight carrageenan. “Due to its unique chemical characteristics, there is no safe form of carrageenan,” Dr. Tobacman added.

“Those of us in the industry, who are committed to the value of wholesome, nutritious foods that have been the hallmark of the organic industry, need the NOSB and the USDA to carefully and impartially review synthetic ingredients like carrageenan,” said Michael Potter, president of Eden Foods, a Clinton, Michigan based manufacturer long viewed as an organic leader.

In an effort to remediate this ongoing scandal, in a letter to USDA Secretary Tom Vilsack, Cornucopia demanded that one of the newest appointees to the board, an executive at the giant California berry producer, Driscolls, be removed since she was placed in a slot Congress reserved for an individual who “owns or operates an organic farming operation.”

“We have seen the USDA, in the past, appoint an executive from General Mills as an example, to a consumer slot on the board. This gross scoffing at the law Congress passed as a safeguard against corporate domination needs to end right now,” Kastel said. “We expected better from the Obama administration. Either the USDA will immediately remediate this problem or we will defend the organic law in federal court.”

Cornucopia’s white paper documents the long-term abuse of congressional intent, by stacking the board with agribusiness operatives, an illegal practice that has stretched over the past three administrations.

Another request in Cornucopia’s letter to Secretary Vilsack was to reform the selection of independent scientists reviewing synthetics in organics, stating that the industry needs an impartial board and the board needs truly impartial expert advisors.

“I wish I was making this up, but one of the newest contractors to fulfill this review function is The Organic Center, the nonprofit offshoot of the Organic Trade Association, an agribusiness lobby group,” Kastel added. “This is the proverbial fox watching the organic chicken coop.”

The Organic Center’s board is chaired by Mark Retzloff, President of Aurora Dairy, a giant factory farm milk producer bottling private-label organic milk for Walmart, Costco and Target. Aurora was found by the USDA in 2007 to have “willfully” violated 14 tenets of federal organic law—likely the largest scandal in organic industry history.

Other members of the Organic Center’s leadership reads like a who’s who of giant corporations involved in organics, including four individuals associated with Dean Foods and their WhiteWave division (Horizon and Silk).

“The Organic Center board members have worked, over the years, for many of the very companies seeking approval for use of synthetics in organic food,” noted Cornucopia’s Vallaeys. “Talk about a conflict of interest.”

Despite these problems Cornucopia’s report is bullish on organics and hopeful that the situation at the USDA can be turned around. There are fewer than 300 mostly benign, non-organic and synthetic compounds that have been approved for use in organics. That number is dwarfed by the many thousands of chemicals used in conventional food production, many of them highly toxic and carcinogenic.

“We implore consumers not to reject organics because a handful of corporations have acted recklessly and the USDA has failed to do their legally mandated job. Organic farmers and their ethical processing partners need your support now more than ever,” Kastel added. “And health conscious families deserve authentic organic food.”

The Cornucopia Institute is collecting signed proxies, downloadable from their website’s home page, asking organic industry stakeholders, including farmers and consumers, to sign the proxy and join in the demand that the USDA operate the organic program legally.

The growing dispute over synthetic ingredients is likely to be a hot topic at the next meeting of the National Organic Standards Board, set for May 22-25 in Albuquerque, N.M.

“We know that carrageenan is up for review at this meeting and we hope the NOSB will revisit their controversial decision on Martek’s DHA/ARA. We urge the board to take this opportunity to reinforce consumer confidence in the organic label,” said Kastel.