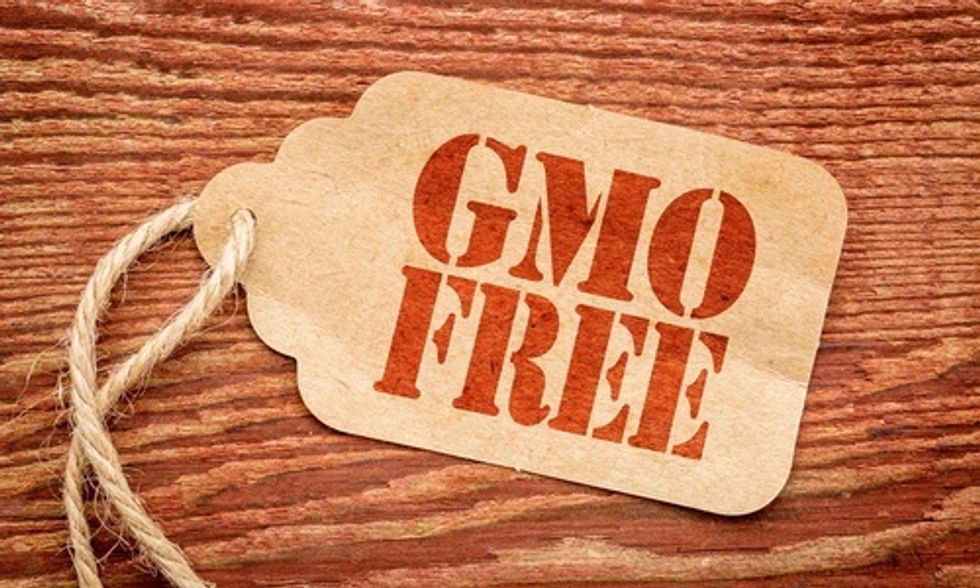 If 64 countries including Russia and China have transparency in labeling genetically modified foods, or GMOs, why doesn't the U.S.?

Trans fats are a perfect example. Trans fats killed hundreds of thousands of people before they were banned by the U.S. Food and Drug Administration 50 years after they were found to be harmful.

If the conservative The New England Journal of Medicine is calling for better research, clear food labeling and calling out a warning about GMOs, we should be worried!
Photo credit: Shutterstock

Do we have to wait that long for GMOs? If the conservative The New England Journal of Medicine is calling for better research, clear food labeling and calling out a warning about GMOs, we should be worried!

Here's an excerpt from what The New England Journal of Medicine said in its recent post "GMOs, Herbicides and Public Health":

The application of biotechnology to agriculture has been rapid and aggressive. The vast majority of the corn and soybeans grown in the United States are now genetically engineered. Foods produced from GM crops have become ubiquitous. And unlike regulatory bodies in 64 other countries, the Food and Drug Administration (FDA) does not require labeling of GM foods.

Two recent developments are dramatically changing the GMO landscape. First, there have been sharp increases in the amounts and numbers of chemical herbicides applied to GM crops, and still further increases—the largest in a generation—are scheduled to occur in the next few years. Second, the International Agency for Research on Cancer (IARC) has classified glyphosate, the herbicide most widely used on GM crops, as a “probable human carcinogen” and classified a second herbicide, 2,4-dichlorophenoxyacetic acid (2,4-D), as a “possible human carcinogen.”

Finally, we believe the time has come to revisit the United States' reluctance to label GM foods. Labeling will deliver multiple benefits. It is essential for tracking emergence of novel food allergies and assessing effects of chemical herbicides applied to GM crops. It would respect the wishes of a growing number of consumers who insist they have a right to know what foods they are buying and how they were produced. And the argument that there is nothing new about genetic rearrangement misses the point that GM crops are now the agricultural products most heavily treated with herbicides and that two of these herbicides may pose risks of cancer. We hope, in light of this new information, that the FDA will reconsider labeling of GM foods and couple it with adequately funded, long-term postmarketing surveillance.

Write to your representatives, sign petitions and boycott GMO foods (by buying organic when you can). But don't be complacent. Your future and your children future is at stake!