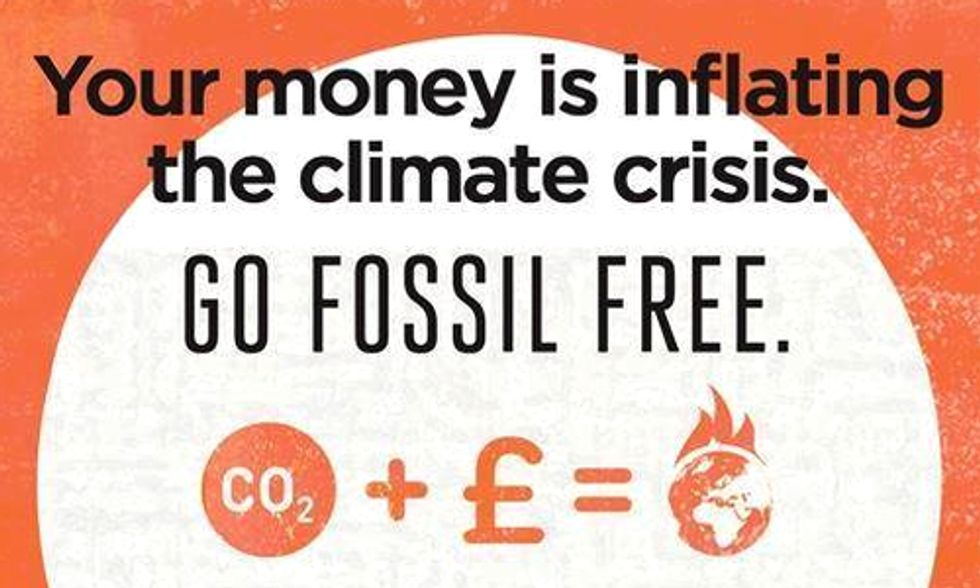 This week the Netherlands announced that would join the U.S., United Kingdom and others in ending support for public financing for new coal-fired power plants is a good sign for the growing fossil fuel divestment movement.

“This is another sign that the coal industry is on its last legs,” said Tim Ratcliffe, of 350.org, which is helping coordinate the global movement to divest from the fossil fuel industry. “There’s a growing consensus that coal has no place in a carbon constrained world. Coal isn’t just bad news for the climate, it’s increasingly bad news for any financial portfolio. Institutional investors should read the writing on the wall and divest.”

In their joint announcement, the U.S. and Netherlands stated, “We emphasize that our work to scale up climate-friendly investments in developing countries is most effective when combined with reducing public incentives for high-carbon infrastructure.”

“We need to redirect the flow of capital away from carbon-intensive investments and into climate solutions,” said Ratcliffe. “As value-driven institutions, universities, churches and pension funds should be leaders in helping speed up this transition.”

Dutch campaigners call on the Dutch pension fund ABP, one of the largest pension funds in the world, to divest from fossil fuels. ABP’s large exposure to high-carbon assets, puts the Netherlands at risk, according to a recent study by the Greens/ European Free Alliance. The largest part of ABP’s investments in commodities worth €10 billion is related to oil and gas that risk turning into stranded assets.

“ABP is entrusted with our money to secure our future, not to finance an industry whose business model is based on wrecking our future," said Liset Meddens, coordinator of Fossil Free NL with 350.org. "ABP needs to recognize the financial and environmental risks of fossil fuel assets and start phasing out their investments in this dirty industry.”

The Dutch pension fund would thereby follow Norway’s lead. Norway has set up an expert group to see if its $840 billion oil fund (the world’s largest sovereign wealth fund) should stop investing in fossil fuel companies.

Tuesday’s announcement will also place a new level of scrutiny on the U.S., Netherlands, World Bank and other large investors to make sure that they are living up to their commitment to stop supporting high-carbon infrastructure. Analysis by the group Oil Change International, for example, has shown that despite its climate commitments, the World Bank actually increased its funding for fossil fuel projects between 2012 and 2013. Meanwhile, the Obama Administration is currently deliberating on whether or not approve a permit for the carbon-intensive Keystone XL pipeline.

“It would be completely hypocritical for the Obama Administration to say that it wants to reduce public support for high-carbon infrastructure and then approve the Keystone XL pipeline, which is a fuse to the largest carbon bomb on the planet, the Canadian tar sands,” said Jamie Henn, 350.org strategy and communications director. “If the U.S. wants its climate commitments to be taken seriously by the international community, it needs to reject Keystone XL.”