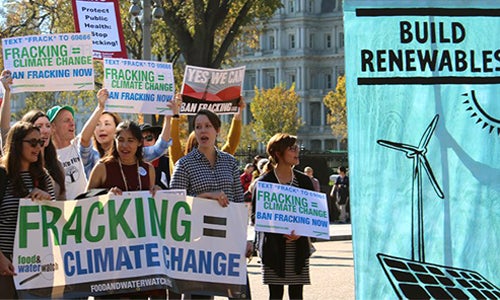 Colorado’s high court today struck down the rights of Coloradans to enact local fracking bans. It’s no surprise, given the massive sway of the oil and gas industry in the state. The suit was brought against Longmont (which passed a popular fracking ban in 2012) by Gov. John Hickenlooper and his industry cronies. While it’s easy to be discouraged by this decision, the fact is, it will help activate citizens to pass statewide ballot measures to ban fracking in November. 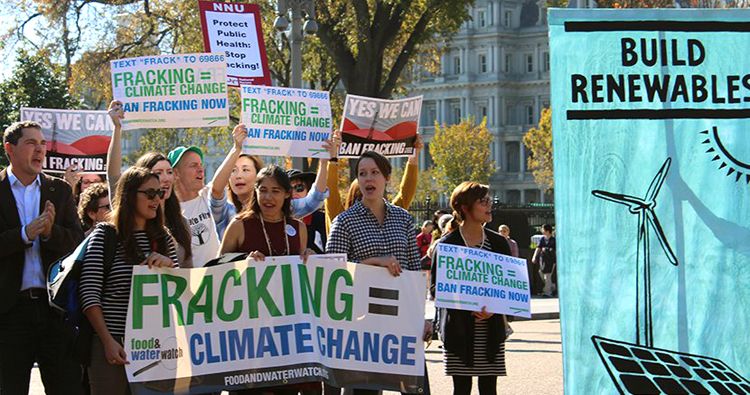 On Earth Day, New York Gov. Andrew Cuomo put a stop to the Constitution pipeline, a dangerous project to shipped fracked gas from Pennsylvania into New York, intersecting almost 300 bodies of water. His action sent a clear message that protecting the safety of the state’s drinking water was more important than expanding Big Oil’s profits. And the move didn’t come out of nowhere; the same grassroots pressure that successfully pushed Cuomo to ban fracking in 2014 pushed him to reject this dirty fracked gas pipeline.

It wasn’t just Earth Day that brought good news for the planet. Two days before, the Kinder Morgan energy behemoth canceled a gas pipeline that would have run through parts of Massachusetts and New Hampshire. The company faced stiff opposition from activists and residents of the towns where the pipeline would have been constructed.

While it’s good to see Big Oil pull the plug on a bad idea, citizens must put pressure on their elected officials to make sure fossil fuels stay in the ground. That’s what the residents of Prince George’s County in Maryland did this month, convincing the county council to pass a resolution banning fracking. The vote was unanimous.

Even government regulators that are accustomed to green-lighting dirty energy projects are changing their tune. Last month in Oregon the Federal Energy Regulatory Commission said no to a massive liquefied natural gas (LNG) facility in Coos Bay. The battle against the Jordan Cove terminal and more than 200 miles of pipeline goes back over a dozen years—proving once again that dedicated, sustained activism is what will win the fight against corporate greed. And then the Oregon LNG company announced that it’s ending its plan to build an export terminal and pipeline in the state.

The fact is, activism—when we apply enough pressure to our decision makers—works. We’ve seen it in New York, where Gov. Cuomo banned fracking in 2014 and stopped the Port Ambrose LNG facility. While Cuomo has emerged as a climate hero, other Democratic governors haven’t been as responsive to their constituents on climate matters, even though the Democratic establishment is feeling the activist pressure to keep fossil fuels in the ground. Despite his rhetoric, Gov. Jerry Brown in California continues to frack even in the face of the huge climate disaster in the Porter Ranch community. In addition to Governors Hickenlooper in Colorado, Tom Wolf and Gina Raimondo (Pennsylvania, and Rhode Island, respectively) continue to support the fracking industry and related infrastructure despite mounting opposition in those states.

While some politicians and regulators are finally catching up with the science, Big Oil isn’t going to give up without a fight, of course, but they are clearly worried that the narrative on dirty energy is shifting.

What’s the next step? Keep up the pressure—and amp it up a few volts. The March for a Clean Energy Revolution will hit the streets of Philadelphia during the Democratic National Convention this summer—where Democratic leaders around the country will convene—to call for a ban on fracking, to keep fossil fuels in the ground, to stop dirty energy and make a swift, meaningful transition to renewable energy.

We’re winning—and we plan on continuing to do so. We’ll see you in Philadelphia.