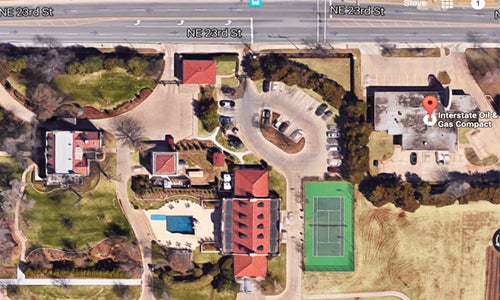 The Interstate Oil and Gas Compact Commission (IOGCC) is far from a household name, but a new investigation published by InsideClimate News’ Pulitzer Prize-winning investigative reporter Lisa Song may have just put what is likely the most powerful oil and gas lobbying node you’ve never heard of on the map. 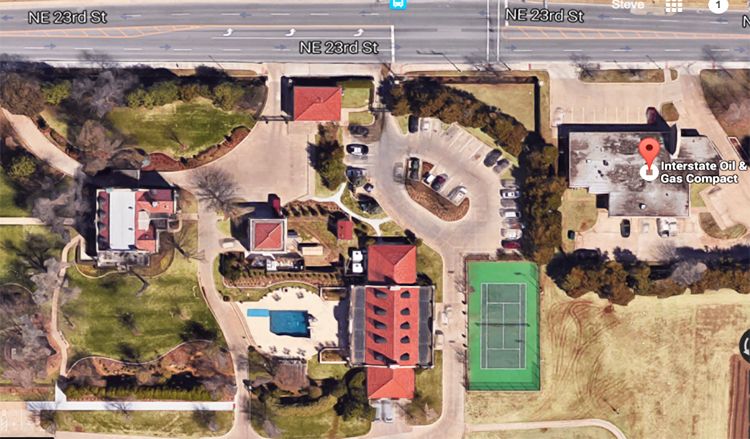 Titled, Is the IOGCC, Created by Congress in 1935, Now a Secret Oil and Gas Lobby?, the article’s origins lay in the hundreds of documents obtained from open records requests and historical archives by me and Jesse Coleman, a researcher at Greenpeace USA, that are part of an ongoing investigation into IOGCC.

Song’s article for the award-winning InsideClimate News reveals documents that show for the first time that it was IOGCC at the front and center and not just Halliburton, which created what many now know as the Halliburton Loophole.

That regulatory loophole exempts the oil and gas industry from U.S. Environmental Protection Agency enforcement of the Safe Drinking Water Act as applied to hydraulic fracturing (“fracking”) and is seen as what opened the Pandora’s Box for industrial high volume slickwater horizontal drilling in the U.S.

But before getting too far into the weeds of IOGCC’s deeds, what exactly is it?

Simply put, the Interstate Oil and Gas Compact Commission is a quasi-governmental organization founded and headquartered in Oklahoma City and located on property adjacent to the Governor’s Mansion and on Oklahoma state property given to the organization via a land deed.

IOGCC exists due to a 1935 act of Congress that allowed the oil-producing states to compact together, under authority of the U.S. Constitution, in an effort to conserve oil and limit what were then wasteful production practices.

All of the oil and gas producing states of the U.S. are dues-paying members, with dues paid based on production stats: the more you produce, the more money that goes into the pot. IOGCC’s official members, gubernatorial appointees of each respective member state, are generally the top oil and gas regulators of each state. Caveat: sometimes Governors pick lobbyists or industry attorneys instead.

Beyond official IOGCC state representatives, governors can and often do also pick at-large IOGCC members. IOGCC has hundreds of those and many work for the oil and gas industry. 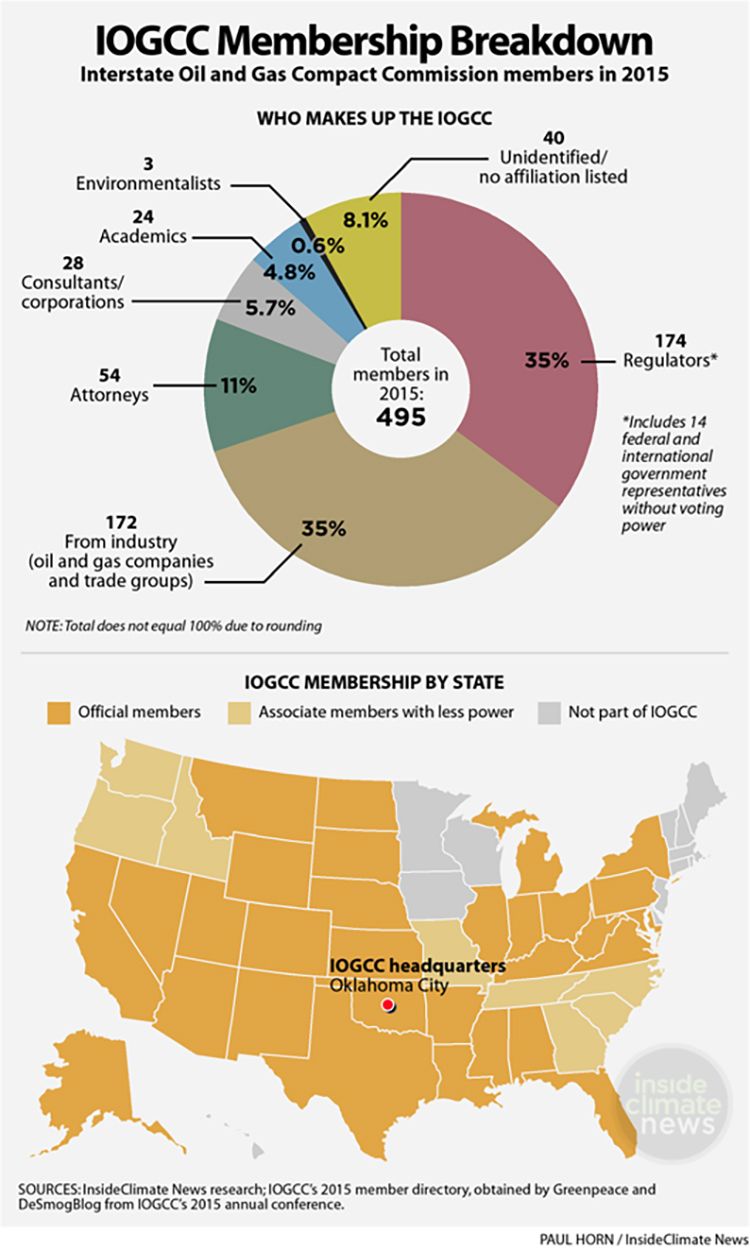 IOGCC does not file U.S. Internal Revenue Service 990 reports and does not post its budget online, so its budget details remain murky. Technically, IOGCC is not industry-funded (if you don’t count the fact it’s entirely funded by drilling productivity), but it’s twice-annual conferences are also industry-funded and that’s where a lot of the real action happens, including passage of IOGCC model resolutions.

And that action, from 1999 through 2005 as told in Song’s story, included pushing for what it called a “simple fix” in a September 2005 newsletter of something it saw as broken: the pesky Safe Drinking Water Act getting in the way of fracking in the U.S.

IOGCC’s anti-Safe Drinking Water Act activity continued into 2009, when it beat back against the advocacy group and congressional push to close the loophole through the FRAC Act of 2009. That year, IOGCC proudly demonstrated in its own legislative tracking document, that its model resolution to maintain the regulatory exemption status quo passed in nine states.