The Low-Down on How Sequestration Would Impact Environmental Health 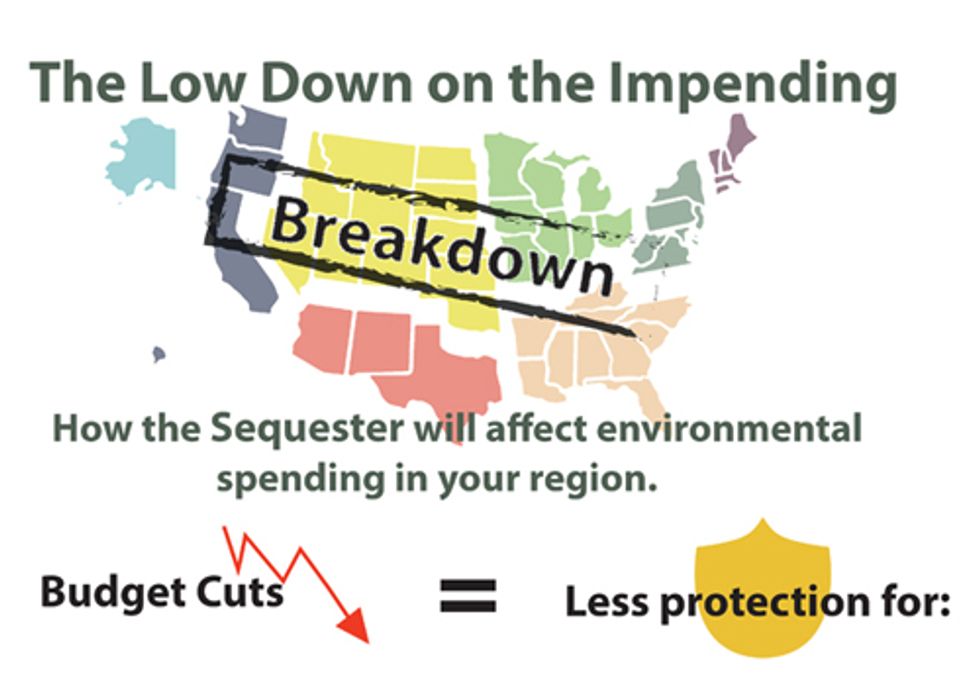 If sequestration, the series of automatic budget cuts mandated by the Budget Control Act of 2011, goes into effect as scheduled on March 1, it will have a disastrous impact on our wildlife and ecosystems. Crucial funding for conservation—including programs that protect and restore wildlife habitat, ensure access to public lands, safeguard clean air and clean water, and invest in clean energy—is on the chopping block. And sequestration is a particularly devastating way of cutting spending: federal agencies can’t pick and choose which programs to cut, but have to cut every single program by 5.2 percent.

According to a poll released by the Pew Research Center, 77 percent of Americans think spending on the environment should either increase or stay the same.

In 2011, there were 435 million visits to lands managed by the Department of Interior—visits that supported 403,000 jobs and contributed $48.7 billion to local economies. Clean air and water, access to public lands, and protected wildlife habitats are critical to the 37 million hunters and anglers who spent $90 billion in 2011, and to the $646 billion outdoor recreation industry, which employs 6.1 million Americans. The National Park Service has already said that sequestration will force them to reduce visitor services and hours of operation, delay seasonal hiring indefinitely and possibly close some or all of certain parks.

Check out this infographic that provides the low down on how the impending budget cuts will affect environmental spending in your region: