The Latest in Ignoring Reality 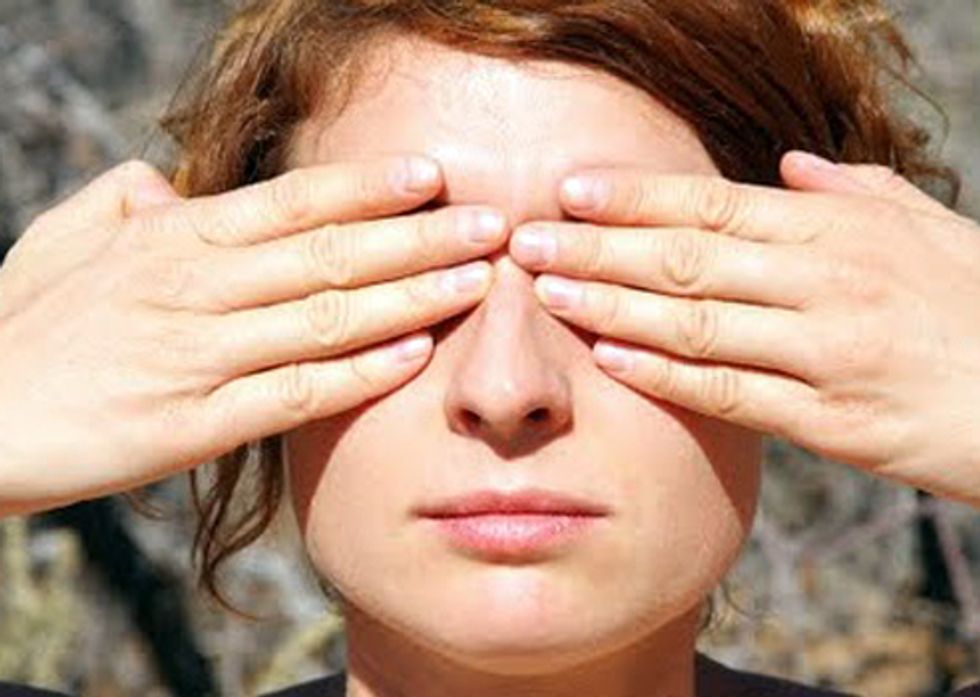 Just when you thought weird weather and dying oceans might get us all thinking about how to reduce human impact on this little planet we call home, along comes Breakthrough Institute to propose a “solution” worthy of the Army Corps of Engineers:

"We screwed it up, so we should take charge of it."

Here’s the idea in a nutshell. Most geoscientists now agree that human activity is overwhelming natural systems. Whereas civilization developed under planetary conditions that have prevailed since the last Ice Age, a period known as the Holocene epoch, we humans appear to be propelling Earth into a “new normal” through soaring carbon emissions, deforestation, ocean acidification and a laundry list of other assorted global impacts. Geoscientists have pretty much agreed to call this new period the “Anthropocene,” to reflect the fact that planetary systems are now being shaped substantially by human activity.

This being the case, what are we to do? Shrink away from our new role as world-redevelopers, or embrace it? Conserve or geo-engineer?

The geo-engineering approach makes sense to enough people that it has become codified into a school of thought known as neo-environmentalism. And that’s where Breakthrough Institute comes in. Its new report, The Planetary Boundaries Hypothesis: A Review of the Evidence, pushes back against a conceptual framework (based on broadly accepted environmental principles) that’s recently been adopted by United Nations bodies and leading nongovernmental organizations like Oxfam and World Wildlife Fund. This framework, which Breakthrough calls a “hypothesis,” identifies limits for nine key variables—climate change, land-use change, biodiversity loss, nitrogen levels, freshwater use, aerosol loading, chemical pollution, ocean acidification and ozone depletion—that define a “safe operating space for humanity.”

The planetary boundary framework is problematic for neo-environmentalists because it is only by charging ahead in some of these areas—especially land use—that humans can really take control of Earth and engineer it into . . . well, whatever we want it to be. The Breakthrough report argues therefore that, “With the notable exception of climate, there is little reason to assume that other conditions that characterized the Holocene are particularly important to human material welfare.” So there. That wave of the hand gives humans plenty of maneuvering room, so now let’s get to work and see what we can make out of this random collection of rocks, water and atmosphere.

The technical arguments in the report deserve to be taken up at some length elsewhere (just one example begs the barest mention: the authors say with apparently straight faces that biodiversity loss is not subject to tipping points, a conclusion so at variance with the research literature that one hardly knows where to begin). However, the basic philosophical thrust of the work of the Breakthrough Institute and its allies is something that can and should be answered shortly and directly.

The great majority of human impact on the planet in recent decades has been damaging either to other species (as in overfishing and deforestation) or to future human generations (via climate change, topsoil loss and resource depletion). Yes, a lot of people were lifted out of poverty in a short time, and a few people were made unbelievably rich, but in a way that is not sustainable. Any effort to take charge of Earth’s destiny in a way that’s truly beneficial over the long run rests on the assumption that we humans have the knowledge, understanding, wisdom and political coordination necessary to do so successfully.

There is little evidence that we do.

Nevertheless, the neo-environmentalists insist we have no choice but to try. We’ve gone too far already: we have become masters of the planet, whether by design or happenstance. We can’t just renounce that role now because of sentimentality for an idealized image of nature-as-it-was. We must keep economic growth going by maximizing Earth’s productivity. If we respond to this historic moment merely by conserving and protecting ecosystems, and by reducing population and consumption, we will have turned our backs on our evolutionary potential.

Unfortunately that line of thinking utterly disregards reality. The fact is, population and consumption will be reduced, like it or not. There is overwhelming evidence that humanity has already exceeded the long-term carrying capacity of the biosphere; we managed to do this by drawing down renewable resources at rates far above natural replenishment, and by extracting and using non-renewable resources in spectacular quantities, leaving little for future generations. All of this drawing down and extracting was driven to a frenzy during the past few decades by a one-time-only energy subsidy from fossil fuels, and the cheapest and highest quality of those are now gone. At the same time, negative environmental impacts are increasing to the point where they are beginning to constrain economic output. There is no credible scenario in which population and consumption can continue to escalate much longer, and in fact general global economic contraction appears to be commencing this decade.

The only question is how we will manage contraction. That’s the central issue: not how we will manage the planet, but how we will manage ourselves. As our economy adjusts to very real resource limits, will we net every last wild fish in the oceans and cut every last old-growth tree, leaving the biosphere in a state of depleted ruin so that our descendants will persist in ongoing misery? Or can we back away from our pinnacle of consumption with some grace and dignity, preserving and perhaps even restoring ecosystems along the way? We have a moral obligation—not just to other species, but to our own children and grandchildren—to undertake the latter.

Reading the Breakthrough report, one can’t help but think of Captain Ahab and the crew of the ill-fated Pequod. Is planet Earth our Moby Dick? Will we commit collective suicide in the pursuit of economic growth, led ever onward by a Promethean obsession that recognizes no limits or boundaries?

Fortunately there are other novels, and other myths, to live by.