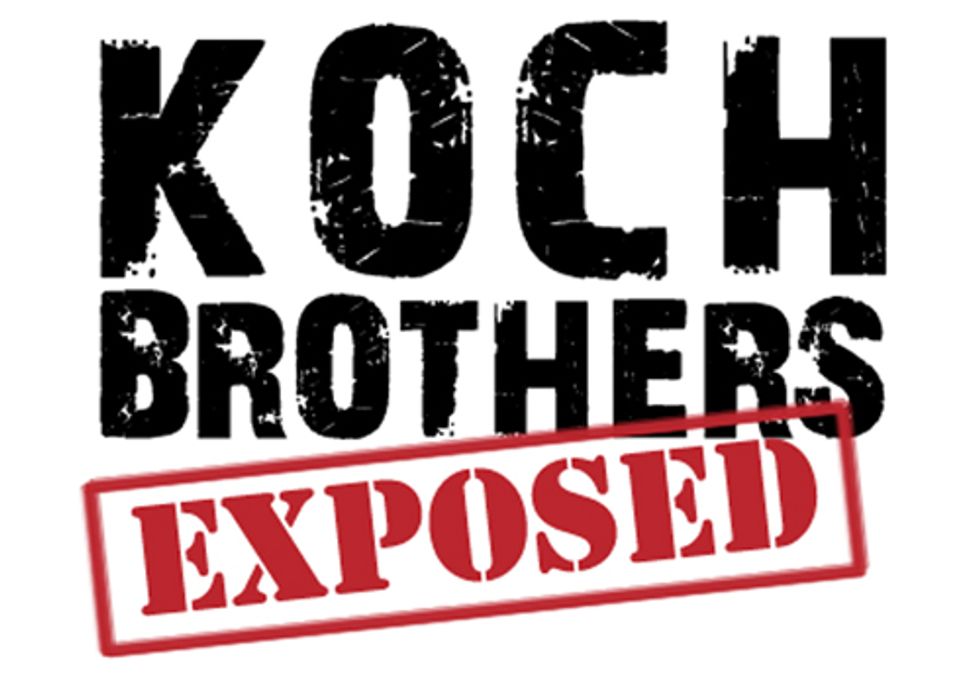 Two pieces of crucial evidence emerged in the tar sands fight yesterday. One, happily, got all kinds of notice —Jim Hansen's op-ed in the New York Times was the "most emailed" item of the day, which is appropriate since he explained new calculations showing that those Canadian deposits contain "twice the amount of carbon dioxide emitted by global oil use in our entire history." If we burn them on top of all the coal and oil and gas we're already using, "concentrations of carbon dioxide in the atmosphere eventually would reach levels higher than in the Pliocene era," the government's leading climate scientist explained, which you think would be enough to end the debate—even in our weird political culture, there aren't many leaders clamoring to return us to the Pliocene.

But the debate continues—in fact, House leaders are busily trying to fasten automatic approval of the Keystone Pipeline, the biggest straw into the pipelines yet, onto a must-pass transportation bill. So the other crucial analysis that emerged yesterday is probably just as important. It demonstrates the real power behind the drive for tar sands oil: the Koch Brothers. They'd long insisted that they didn't have a stake in the Keystone Pipeline, and in the most narrow lawyerly sense that may be true. But the expose from from journalist David Sassoon pierced the secrecy of the Koch brother's private holdings to show that "at the top of the list are the Koch family's long and deep investments in Canada's heavy oil industry, which have been central to the company's initial growth and subsequent diversification since 1959." Their companies are among the largest importers of tar sands crude to the U.S., and the largest holders of mineral leases across Alberta—they're up to their necks in the tarry stuff.

And to protect that investment, they've done what they always do: buy influence. According to an article last year in the Los Angeles Times, Koch Industries and its employees were the largest oil and gas industry donors to the new members of the House subcommittee on energy and power, including new chair Fred Upton of Michigan, contributing $279,500 to 22 of 31 Republicans, and $32,000 to five Democrats. Little wonder, then, that Upton—long considered an environmental moderate in the GOP—soon became the leader of the fight to build the Keystone Pipeline, even now pushing to shut down environmental reviews and provide a permit.

The irony of the Koch Brothers involvement should be lost on no one. The only argument for building the pipeline (which will export its oil off the continent and do nothing at all about gas prices) is that it will provide several thousand good-paying construction jobs. That's nothing to sneeze at. But in so doing it will prop up the people doing most to undermine the union movement in this country. Construction workers that depend on, say, the Davis-Bacon Act and its support for prevailing wages on public projects have their most powerful enemy in the Kochs, who have helped create the anti-union campaigns in Wisconsin, Indiana, and so many other places.

Despite the power of the Kochs, this battle is still very much alive. First Nations people rallied in Toronto yesterday—environmentalists and trade unionists have joined with indigenous people across Canada in an inspired fight against other proposed pipelines that would carry tar sands crude to China. So far they're winning—the projects have drawn more public comment and opposition than any infrastructure plans in Canadian history. It's entirely possible that we'll be able to keep most of the tar sands oil in the ground.

It's also entirely possible that oil money will carry this fight as it has so many others—at the moment in Washington, only a handful of senators, led by Barbara Boxer, stand in the path of congressional approval. But at least, as of yesterday, we know exactly the stakes and exactly the players.