The High Cost of Hurricanes 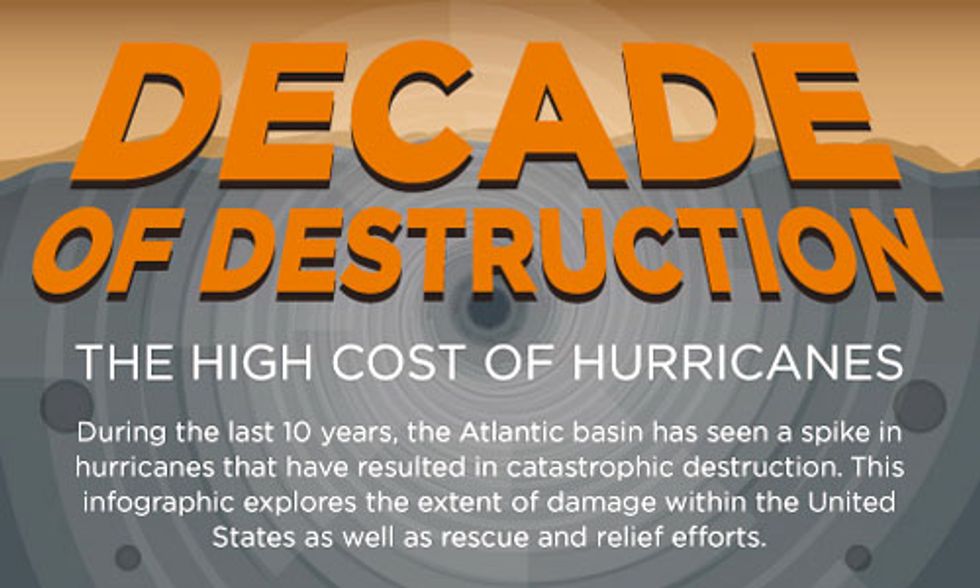 According to the Master of Public Administration program at the University of North Carolina at Chapel Hill, the last decade has had 15 of the costliest hurricanes on record that resulted in thousands of casualties, millions of destroyed homes and more than $310 billion in total damage.

The Decade of Destruction infographic "explores the devastating damage caused by hurricanes between 2004 and 2013, the relief and recovery efforts of government agencies and NGOs, and preventive measures taken to protect the nation’s most vulnerable communities from future natural disasters."

Katrina was the costliest hurricane at $108 billion with Sandy coming in second at $71.4 billion. A growing number of studies have shown that the economic cost of not acting on climate change is likely to be calamitous and increase the number of extreme weather events, including hurricanes.

See for yourself the impact the last decade of destruction has had on people, planet and the economy.