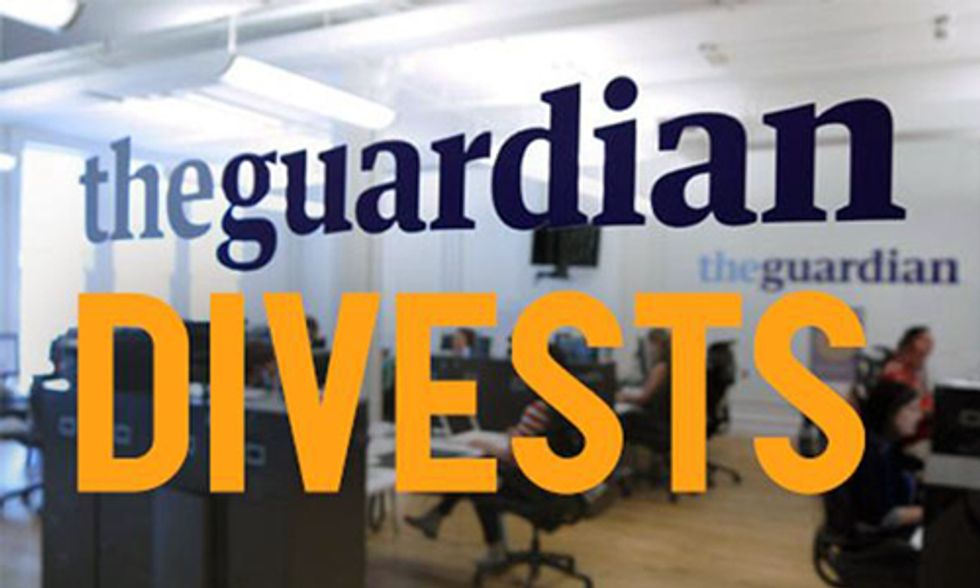 Here's how far we've come in just a couple of years: One of the world’s most respected and influential news organizations—the Guardian Media Group—announced Wednesday that it will divest from fossil fuels.

The move follows the launch of The Guardian's own climate change campaign, in partnership with 350.org, to press two of the world’s largest charitable foundations to stop investing in oil, coal and gas companies.

The chairman of the Guardian Media Group called the move a "hard-nosed business decision" that is justified on both ethical and financial grounds. I couldn't agree more.

It was also the second billion-dollar divestment commitment in just two days: Syracuse University in New York also ditched fossil fuels this week, demonstrating once again that cutting ties with the fossil fuel industry is both feasible and responsible.

Now is the time to increase the pressure on the Bill & Melinda Gates Foundation and the Wellcome Trust, two of the world's largest charities, and both explicitly dedicated to global health—to do the same. Can you help us reach 200,000 signatures this week?

Add your name to the petition calling on the Bill & Melinda Gates Foundation and the Wellcome Trust to stop investing in the climate crisis.

The Guardian Media Group is leading by example by divesting its entire £800 million (aka $1.2 billion) fund from fossil fuels and committing to invest in socially responsible alternatives instead. You can watch a video and find out more about The Guardian decision here.

When the roll of honor for action on climate change is someday called, I believe The Guardian’s name will be high on the list. They’ve taken a bold step in joining the fight to keep fossil fuels in the ground, both through their journalism and their own investments.

As Alan Rusbridger, their editor-in-chief said: “What was a trickle is becoming a river and will, I suspect, become a flood.”

Let’s make sure The Guardian's divestment commitment sends a strong signal to other foundations—as well as universities, cities, states, churches and any institution that holds money and is dedicated to the public good—to get on the right side of history too.