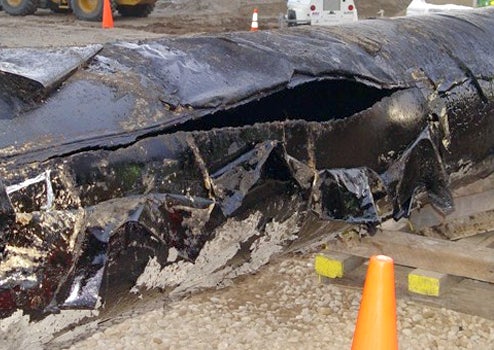 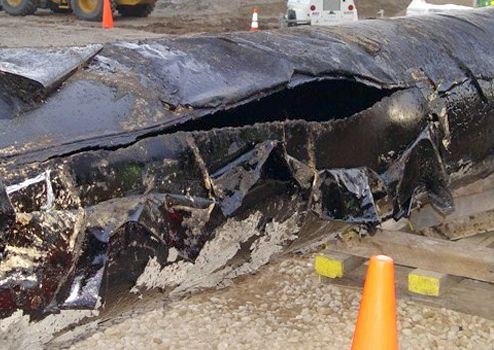 This past week, Enbridge officially announced plans to expand the Lakehead Pipeline system in an effort to pump even more tar sands oil through the Great Lakes.

This announcement comes nearly a week after National Wildlife Federation (NWF) released a report warning that pipeline rules and regulations do not adequately protect the Great Lakes from spills.

For some time now the Great Lakes states have been one of the lead transporters for raw tar sands oil. This issue came to light after one of the largest tar sands inland oil spills in history, when Enbridge spilled approximately 1 million gallons of oil into the Kalamazoo River watershed.

This disaster caused widespread environmental damage, health impacts, and baffled clean-up crews when officials discovered the oil sinks rather than floats—the spill is still being cleaned up today and a majority of the river remains closed.

Nearly two years later, before the investigation into the cause of that spill is complete, Enbridge has announced plans to expand the very pipeline that burst in Marshall, Mich., to pump even more tar sands oil through the Great Lakes.

Not only is the risk of disastrous pipeline spills going to increase, but the pollution from refining tar sands oil is also going to impact our health and ecosystems as Enbridge pumps this more corrosive and toxic oil to refineries that dot our waters.

The hits don’t stop there. A large amount of the oil will not stay in Michigan, let alone the U.S. These projects have been advertised to investors as aiding in pushing large amounts of oil to the coasts for export. If the Michigan Public Service Commission approves the Line 6B expansion projects, the Great Lakes will be at the heart of the tar sands transportation debate, above Keystone XL and the Northern Gateway.

One major problem with these expansion projects is how Enbridge’s plans conveniently (for them) evolved through the permitting process. There appears to be no federal review of the entire replacement project despite this being an international pipeline. While federal law requires the U.S. State Department to approve maintenance activities at border crossings, Enbridge was apparently allowed to repair the pipeline that crosses into Canada under an existing permit.

Since that phase has been mostly completed, Enbridge has continued to put forth, piece-by-piece, projects labeled as “maintenance and rehabilitation.” These in fact replace a majority of the existing Line 6B with larger pipeline, which will eventually increase flow rates by almost double.

If Enbridge had been required by the State Department to put forward the entire pipeline repair project at once, including the replacement at the boundary crossing, there would have been an environmental impact assessment and much more opportunity for public input.

Instead, Enbridge has only been required to obtain approval by the Michigan Public Service Commission. This leaves major concerns and gaps in the review process, since the state of Michigan does not consider the long-term environmental impact of pipeline routes or the impact of tar sands oil on the environment.

The National Wildlife Federation is calling for an investigation into the entire project, asking the Michigan Public Service Commission to suspend any pending permits on Line 6B until the State Department reviews filings and determines if federal permitting should be required.

Long Term: The Michigan State Legislature, Congress and the State Department need to review current rules and regulations for expanding international pipelines, such as Line 6B. These large-scale projects should not fall to the states, which in most cases require little environmental review.

Congress should also consider halting approval of any tar sands pipelines until: