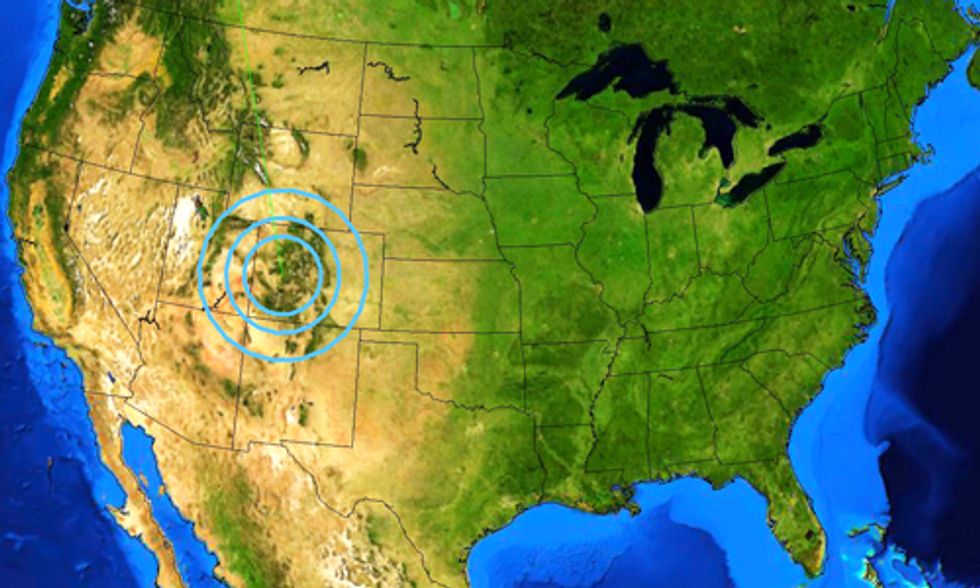 The state of Colorado made national headlines a few weeks ago because it adopted new air emissions rules around drilling and fracking. There’s good, bad and ugly in these new rules, and there’s some new hope for the future.

Colorado’s new drilling and fracking air quality regulations will cut Volatile Organic Compound (VOC) emissions as well as methane emissions from oil and gas wells and facilities. VOCs lead to ozone and other air quality problems which cause asthma attacks and other health problems. And methane is a serious greenhouse gas that must be better addressed if our planet has any hope of controlling climate change.

The degree of the cut in both of these pollutants is debatable—somewhere between 20 - 40 percent—because the new regulations don’t require that all drilling companies comply, or that all facilities comply, and allow any company to ask for a waiver if the cost is deemed too onerous. But on the whole, any cut is better than no cut. Coloradans can breathe a little easier, for a little while.

These new regulations may actually undermine local democracy and the necessary change in policy that needs to happen in Colorado. Over the past 18 months, local democracy has flourished in Colorado as voters supported fracking bans in Longmont, Boulder, Lafayette, Broomfield and Fort Collins.

Unfortunately, Colorado’s drilling and fracking landscape is not a zero-sum game because about 2,000 new wells are being drilled every year. These new regulations won’t slow down fracking one single bit and may actually help increase air pollution and climate change emissions. If you cut emissions by ~30 percent and drill more and more wells, pretty soon the total amount of emissions and pollution will come out even with where it is now and will get worse as more wells are drilled.

Colorado currently has 53,000 active wells and the industry predicts 50,000 more will be drilled in the next 30 years in addition to the redrilling and refracking of current active wells. With these new regulations in place, at about 70,000 total wells our air pollution will be the same as it is now; at 100,000 wells, our air pollution will be ~35 percent worse. By cutting emissions, but by not stopping drilling and fracking altogether, these new rules will lead to worse air pollution, increased climate change emissions, as well as our suburban landscapes being swarmed with well pads spewing cancer-causing chemicals in the air and on the ground.

These new regulations may actually undermine local democracy and the necessary change in policy that needs to happen in Colorado. Over the past 18 months, local democracy has flourished in Colorado as voters supported fracking bans in Longmont, Boulder, Lafayette, Broomfield and Fort Collins. In fact, it is these election outcomes that forced industry to the negotiating table to support the new rules.

As one participant from the Environmental Defense Fund stated publicly: “The industry’s social license to do business is under attack in Colorado and the political dynamics made a strong negotiated settlement attractive.” In other words, even though the industry had spent over a million dollars fighting the local elections, they lost and so they cut a deal with the Governor and a few frack-happy environmental groups to try and save their asses.

By supporting this “attractive settlement,” these environmental groups’ efforts have now bolstered the social license of this polluting and climate-destroying industry. If your social license to do business is destroying the planet, shouldn’t that license be revoked? Instead, the deal could derail the ongoing forward movement of authentic, grassroots, political change supported by voters in Colorado cities with more than 400,000 citizens towards banning fracking and switching our economy away from fossil fuels.

In fact, in the past few weeks, a total of 12 statewide ballot initiatives have been proposed to further restrict drilling and fracking in Colorado. The backers of these initiatives run the gamut from local ad-hoc groups to large and influential organizations and individuals. And the war has begun as the oil and gas industry is already spending millions of dollars in Colorado on TV, radio and print advertising in an attempt to sway voters’ minds eight months before the election, and is poised to spend tens-of-millions more in what may become a vicious statewide battle over fracking.

This mad rush to drill and frack in Colorado was initially supported by two assumptions: 1) that natural gas has less greenhouse gas emissions than coal and thus is a “bridge fuel” to fight climate change, and 2) that American oil and gas makes us “energy independent.”

Both of these assumptions have been proven false.

First, Colorado and America is drilling, fracking, mining and producing more oil, gas and coal than ever before, and thus our overall production, burning, and exporting of climate change emitting fossil fuels is at its highest level in history. In fact, in 2013 Colorado produced more oil than at any time in history, and natural gas production is rising every year as fracking races across the landscape. Further, scientific studies about the use of natural gas as a “bridge fuel” have now completely undermined that argument—gas appears to be as bad or worse for the climate, and those partially controlled methane leaks are only part of the problem. Let’s face it: even British Petroleum has stated that oil and gas fracking will increase climate change emissions

Second, there’s no such thing as “American” fossil fuel energy and we’re not “energy independent” at all. Oil and gas that is produced in Colorado and the U.S. is wholly owned by international fossil fuel corporations that are borderless, soulless, and driven by one simple thing—short-term profits garnered at any social and environmental cost. When we develop fossil fuels in the U.S., we are simply increasing our dependence on this international predatory industry. Further, the mad rush to drill and frack in Colorado and across the U.S. is accompanied by an equally mad rush to build pipelines to get that oil and gas to the coast so it can be shipped overseas where the international oil and gas corporations can sell it for a higher price. Those corporations don’t fight with missiles and ground troops here in America; they fight with hundreds of millions of dollars lobbying, influencing elections, and polluting our democracy to make sure our 100 percent dependency on their product continues.

A couple environmental groups, the industry, and the Governor referred to Colorado’s new fracking air quality regulations as “ground breaking.” I disagreed because it appeared to me that the only thing breaking the ground will be the sound of 50,000 new drill rigs across our suburban landscapes as our air gets dirtier, our climate changes even more, and our democracy is further polluted.

I do see a path forward here that forges a new alliance so that these new fracking regulations are not bad or ugly, but are an important “first step.” The public and the environmental community in Colorado need to be working toward local and statewide bans and restrictions on the production and burning of fossil fuels as well as supporting a rapid switch toward renewable energy. That can only happen at the ballot box because our legislative and administrative process are completely polluted by oil and gas money.

Whether you’re in Colorado or elsewhere, and whether you’re with a small group or large, start local, get engaged and fight the fossil fuel industry at the ballot box. Win, lose or draw, it’s the right fight at the right moment in history.

Gary Wockner, PhD, is an environmental advocate based in Fort Collins. Contact: gary@garywockner.com