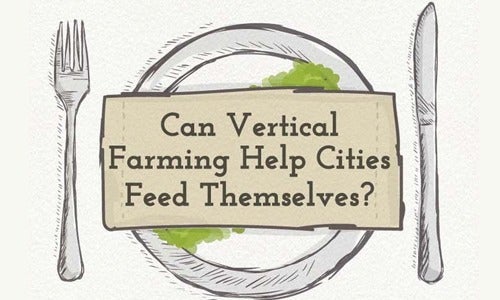 Vertical farming has gained much attention in the U.S. in recent years. From only an idea proposed by Professor Dickson Despommier and his class at Columbia University in 1999, it has now been made into a reality (and a profitable one at that).

Earlier this summer, construction began on what will be the world’s largest vertical farm in Newark, New Jersey. Initially, the idea was brushed off and deemed infeasible. But breakthroughs in technology, coupled with increasingly unpredictable weather patterns due to climate change, have made vertical farming an increasingly attractive notion.

Here’s a breakdown for you from Dickson Calibration Laboratory:

And here are places in the U.S. and around the world that already have established vertical farms:

Vertical Farms: The Future of Agriculture?