'The Francis Effect': How the Pope Is Changing Americans' Views on Climate Change 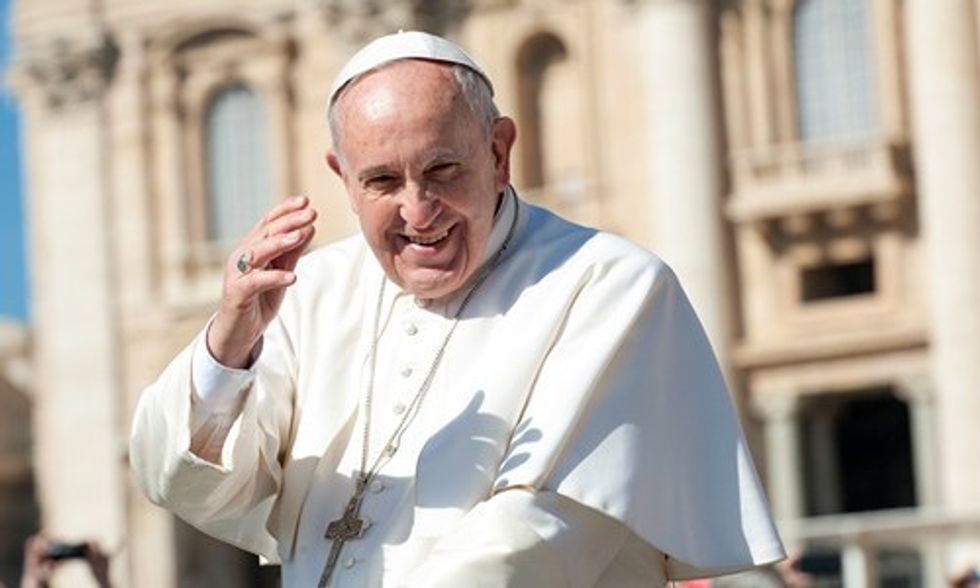 Researchers are calling it "The Francis Effect." Yale and George Mason University released a report, The Francis Effect: How Pope Francis changed the conversation about global warming, yesterday that found 17 percent of Americans and 35 percent of Catholics say the Pope's stance on climate change has influenced their own views on the issue.

Even 18 percent of Protestants and nine percent of Evangelicals report that Pope Francis has influenced their views on global warming. Photo credit: George Mason University/Yale University

The researchers cite the Pope's encyclical and his recent visit to the U.S. for shifting Americans' views on climate change. “Americans—and American Catholics in particular—have personally grown more concerned about the consequences of global warming since Pope Francis began speaking out forcefully on the issue,” said lead researcher Dr. Edward Maibach of George Mason University. “Many of the largest shifts of public opinion correspond closely with Pope Francis’ specific points of emphasis.”

The survey of "a nationally representative sample of American adults" was conducted in the spring before the Pope issued his encyclical, and again in the fall after the Pope made his inaugural visit to the U.S., where he spoke repeatedly about the need for climate action.

Many in the U.S. regardless of creed have a positive view of the Pope. 60 percent of Americans view the Pope positively, up seven percentage points since the spring. Photo credit: George Mason University/Yale University

The pope has been an outspoken advocate for climate action since his papacy began two years ago, but he vowed to ramp up his efforts this year ahead of COP 21, the Paris climate talks.

“Pope Francis' historic and powerful call for action on the climate crisis came at a critical moment, and this research shows he had an important influence," said Sierra Club Executive Director Michael Brune. "Momentum is building for a major international climate agreement in Paris next month, and the Pope's leadership has only added to that."

"The Sierra Club and our 2.4 million members and supporters continue to be inspired by Pope Francis’ clear call for responsible stewardship of the earth and our climate," he added.

The reports from spring to fall show:

And recent data from the Brookings Institute released earlier this week confirms the "The Francis Effect."

Our sampling of public opinion during the weeks leading up to his visit and the first days after his arrival in Washington, DC suggest that Americans generally resonate with the Pope on climate change. The latest results of the National Surveys on Energy and Environment (NSEE) from the University of Michigan and Muhlenberg College indicate that majorities of Americans support Pope Francis’ call to action on climate change.

Moreover, there is further evidence that the pope has had some impact in convincing Americans that global warming is real and warrants a public response. And, if anything, it appears that the Pope’s engagement on this issue has only served to bolster his own base of public support within the United States.