The Four Most Thought-Provoking Environmental Books Coming in February 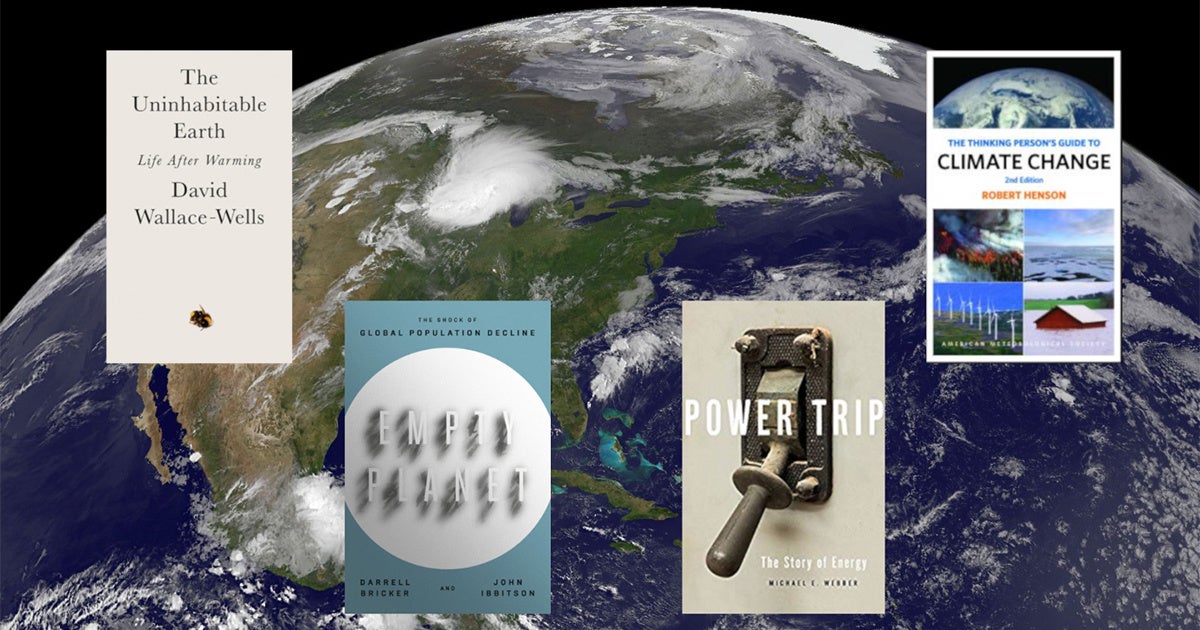 This month sees the publication of four striking new environmental books, at least two of which promise to make a stir.

Let’s start with the big one: The Uninhabitable Earth: Life After Warming by David Wallace-Wells. The book lays out a pretty tough scenario, asking if the current extent of climate change means we’re already doomed. If the title and premise sound familiar, that’s because this is an expanded, book-length extrapolation of the author’s bleak, widely read and controversial New York Magazine article from 2017. Both the book and the article present a worst-case climate change scenario—warming and sea-level rise are just the start of the chaos to come, writes Wallace-Wells—and the book serves as a fright-fest and a call to action.

If you want to know more about taking action, or about climate change in general, try The Thinking Person’s Guide to Climate Change by Robert Henson. This second edition of Henson’s classic book lays out the science of climate change, illustrates how we know what we know, talks about the debates in politics, and lays out a series of solutions for people, politicians and companies. The previous edition of this book, by the meteorologist-turned-journalist, is considered a must-read in many circles.

Speaking of solutions, is one going to happen naturally? Just about every statistical model shows the Earth’s human population growing at enormous rates through the coming century, but the new book Empty Planet: The Shock of Global Population Decline by Darrell Bricker and John Ibbitson predicts the exact opposite. They argue that the growing empowerment of women around the world means the projected population bomb could soon be a dud. If the human population really does decline, the authors say, that could bring massive benefits to the climate and the planet—as well as a few growing pains for the people who live here. The book, likely to generate quite a bit of debate, explores the possibilities.

While most of this month’s books look to the future, it also helps to examine the past. That’s the point of Power Trip: The Story of Energy by Michael E. Webber, which looks to key moments in history to see how society has adapted to new energy technologies—and show how we can do it again. Along the way Webber writes about the potential costs of new technologies, the need to tailor solutions for different parts of the globe, and the requirement for public support of innovative new science.

That’s our list for this month. For dozens of additional recent eco-books, check out our “Revelator Reads” archives.