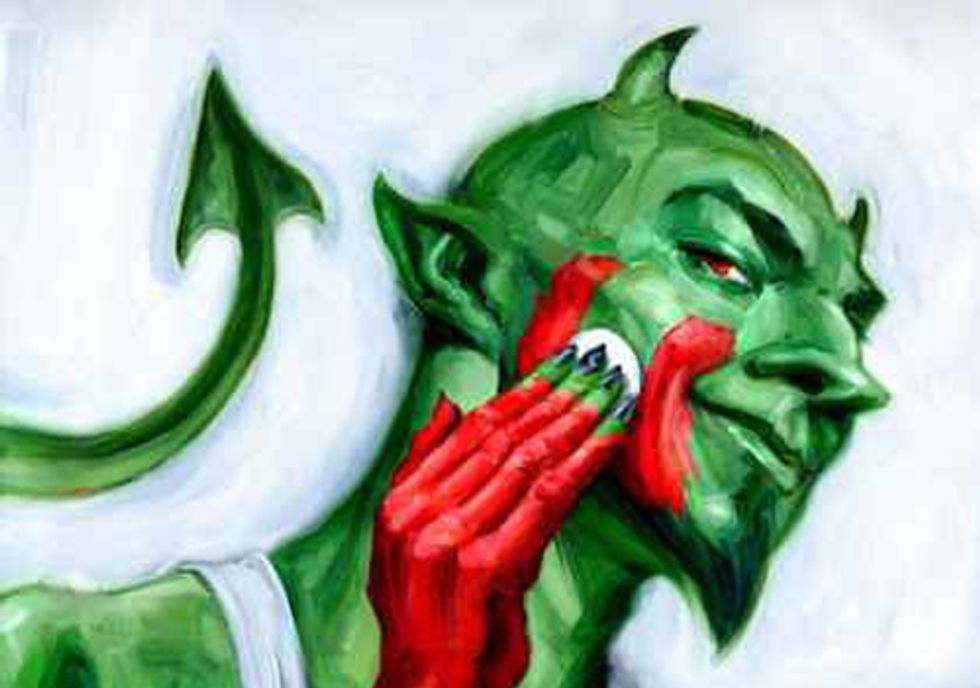 Last week, in a small conference room in Washington, D.C., connected by video link to attendees in New York, Italy and elsewhere, members of several consumer and environmental advocacy groups held a roundtable discussion on a growing global trend that pits people and corporations against each other in a battle over public resources. The topic is one that you’ll probably be hearing more about in the near future, especially with Rio+20 in June, which will focus on the so-called “green economy.” If you really think about it, you’ve most likely seen evidence of it already: the financialization of nature.

The Institute for Policy Studies hosted several groups with sponsors including Corporate Accountability International, Food & Water Watch, Friends of the Earth-U.S., Heinrich Boell Foundation, Institute for Agriculture and Trade Policy, Maryknoll Office for Global Concerns, and Public Citizen, many of whom have been working to protect public resources for years. The mood of folks around the room was one of concern, but it was reassuring to see the unification of experienced advocates.

With climate change now a harsh reality, it’s already having a profound impact on the availability of the natural resources from which all human beings benefit. Along with the challenge of meeting the needs of a growing global population with potentially fewer resources is the threat of losing control over those resources to private interests.

Multi-national corporations have been positioning themselves to strategically cast monetary value onto shared natural resources for years. But this time, they are putting a new spin on old tricks. Where private investors once collaborated with governments and international agencies to create new markets for things like food and energy, they are now focused on doing so for water, land, carbon, species, habitats and biodiversity—so called “ecosystem services."

Brace yourselves, and prepare to defend your public resources against major financial institutions as they seek to take advantage of the scarcity of such resources by profiting from them in new markets. This commodification of things that we often take for granted—resources that sustain life—is taking place throughout the world, and major investors have already gotten started on convincing the public that it’s acceptable to put a market price on resources that currently exist in the public domain. Just take a look at the bottled water industry for a great example.

Savvy marketers are calling it a “green economy,” but it’s more like a greenwashed economy. It embodies the soul of an industry that would displace citizens from their trailer park village in Pennsylvania in order to access a withdrawal facility so Aqua America can provide oil and gas companies with water for fracking. It falsely empowers big polluters to buy and sell credits offering the “right” to pollute our water and air, but it’s really just an incentive to continue business as usual.

It also serves up the horrific reminder, as UN Special Rapporteur on the Human Right to Safe Drinking Water and Sanitation, Catarina de Albuquerque said, that even in the U.S., “the richest economy in the world, there are still people lacking access to safe, affordable water and sanitation.” From communities in California’s San Joaquin Valley (see the first video) who have to purchase bottled water because their wells are contaminated to Lowndes County, Alabama where residents face jail time if they can’t afford to buy new sanitation systems.

As we prepare to fight against the financialization of nature, we face combatants who are armed with extensive supplies of money and power. But communities have power too. We have the power of information sharing, voting, and uniting to protect what we recognize as shared resources for all human beings. As we ramp up our new Common Resources program, you will see how the financialization of nature is a topic that connects all of our issue areas together.