The Fictional War on Family Farmers 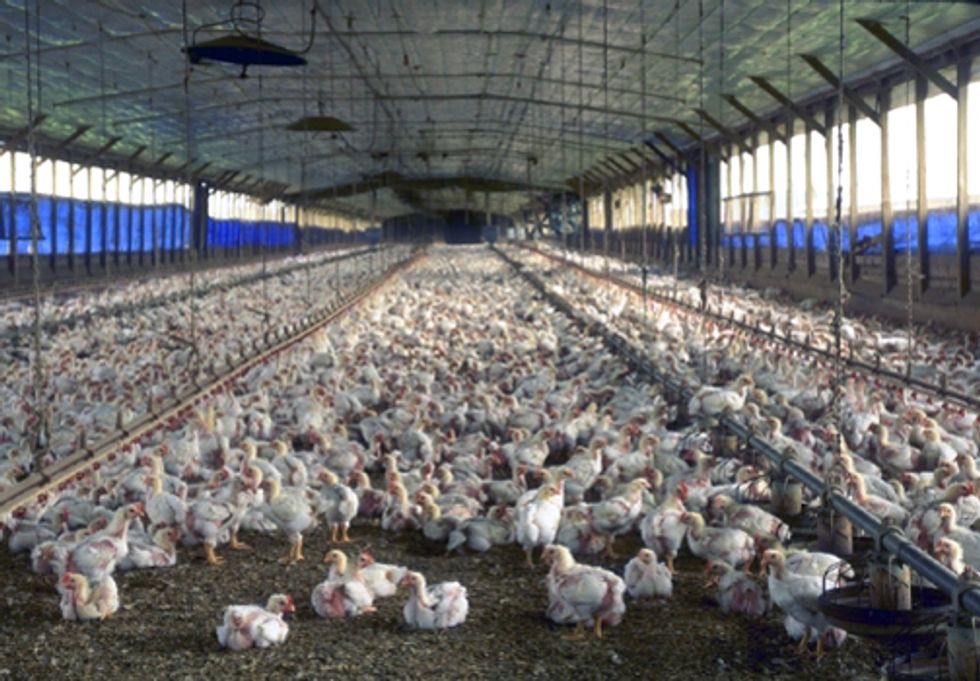 Advocates for the Clean Water Act

Trial in the federal court case between Waterkeeper Alliance and the owners and operators of a poultry farm on the Delmarva peninsula in Maryland is set to begin on Oct. 9. This case has been painted, through an extensive and coordinated industry campaign, as a battle between radical environmentalists and beleaguered family farmers. That picture is grossly distorted.

The story is really a simple one. The Hudsons, who own the farm, and Perdue, Inc., which has a major part in operating it, have been accused of discharging pollution from the facility to nearby Franklin Branch and the Pocomoke River downstream and of violating the Clean Water Act and Maryland laws. State water quality officials refused to take action adequate to ensure that public safety and resources were protected, so the Assateague Coastkeeper and Waterkeeper Alliance stepped in.

The really interesting question is: who is behind the dishonest public relations blitz that’s been waged and who does it serve?

The Allegations
If you believed the propaganda being spewed forth by Perdue and the farm-industrial complex, you’d think the Hudsons are being persecuted for forgetting to wipe their feet or letting fluffy, white feathers float out onto their pristine farm fields. Really! That’s the kind of [email protected]*%$ they’re spreading around the countryside. Their absurd message: water quality advocates hate farmers and seek to torture them and destroy all farms.

If you think I’m exaggerating, read the editorial by John Vogel at Farm Progress from April of this year. The title of Vogel’s piece signals the kind of reasoned and fact-based writing that is to follow: Eco-terrorists’ incite a culture of fear. He goes on to claim: “The suit alleges that dusty air from the chicken house’s fans and manure from the workers’ feet are polluting a tributary to the Pocomoke River, some seven miles away” and he compares water quality advocates to “crusaders” who used the weapon of fear and “caused countless atrocities over thousands of years.”

Below, from publicly available filings, are just a few of the seemingly sensible assertions upon which Waterkeepers based their claims that the Hudson farm was polluting public waters. Vogel apparently missed these, surely through an oversight, for to purposely omit them would have been to intentionally mislead the public and inflame the situation:

• Alan Hudson received $24,591.88 of taxpayer money from the Maryland Agriculture Water Quality Cost Share (MACS) Program to install five “heavy use area” (HUA) pads outside his barns. To receive the funding, Hudson certified that the pads were required “to solve a water quality problem” at his chicken facility.

• Hudson certified that the water quality problem cited above was caused by “an agricultural facility area heavily used by animals, vehicles, and equipment leading to water quality degradation of the Pocomoke River.”

• Perdue listed the Hudson Farm as one of its top ten farms of concern due to environmental problems and prospective liability, out of 681 farms it helps operate in the Delmarva region.

• One of the heavy use pads the Hudsons planned to install was never constructed, despite the public funding provided, because the house was too near a drainage ditch that can carry pollution directly to Franklin Branch. Another pad was built at half the expected size, also because the water drainage ditch was too close and likely to be contaminated.

• Maryland Department of the Environment (MDE) inspectors and Perdue employees reported manure on the HUA pads on numerous occasions and the Perdue “Flock Supervisor” repeatedly instructed the Hudsons to clean the pads.

• Stream sampling conducted by MDE and by Waterkeepers (all deemed technically valid by experts from both sides) showed levels of pollutats that far exceeded those allowed under Marlyand law and the Clean Water Act, including levels of dangerous disease-causing bacteria hundreds of times those considered safe for human exposure. Samples taken downstream from the poultry areas showed pollutant levels much higher than those collected upstream of the facility.

So, to summarize the supposedly outrageous charges: The Hudsons and Perdue said there were pollution problems at the farm, the State of Maryland gave them public money to fix those problems, the solutions were only partly installed and not well maintained, and the stream was polluted as a result.

Power and Irresponsibility
One reality is that nobody wants families to be forced to stop farming. A second widely-understood reality is that the single greatest force driving farm families away from their traditional lives is the ever-growing domination of food production by huge companies like Perdue, Inc.

Those families who are trying to cling to their land and their heritage too often have to become “integrated” into the systems created and run by these mammoth corporations, because the farmers can see no other way to stay on their farms. People like the Hudsons aren’t factory farmers. They are farmers who’ve become cogs in Perdue’s industrial food machine.

The court will decide whether the Hudsons and Perdue violated the Clean Water Act and Maryland law but the assertions made by Waterkeeper Alliance and the Assateague Coastkeeper are anything but vicious or farfetched. In fact, the exact kinds of pollution problems asserted here are identified on farms across the country every day. The scale of operations in today’s dominant form of “farming” makes such problems inevitable. Way too many animals, producing too much manure, in much too small a space.

Even with this fact of life though, farmers are usually willing to make changes and eliminate problems when they can, and they get praised for doing so—even by those "heartless environmentalists" that Perdue, the Farm Bureau and some politicians rage against. Further, not only do taxpayers help pay for improvements on thousands of farms every year, non-profit environmental groups chip in too. Members of the Waterkeeper Alliance from around the Chesapeake Bay watershed, and all around the U.S., help fund pollution improvements on farms and in communities and they provide planning and volunteer labor in many cases. They even work directly with farmers who choose to do the right thing.

This case involving the Hudsons would not be the public spectacle it has become if only the Hudsons had been named in the Waterkeepers’ original notice of intent to file suit. Perdue would not have raced to the aid of the Hudsons, hired expensive advertising firms and rallied big money sources to finance this campaign, if the corporation had not also been named as a violator in the Waterkeeper complaint. (Read Bob Gallagher’s article Perdue’s PR Campaign of Deceit).

Perdue and the rest of the giants of industrial agriculture are afraid. Their vehement, nearly hysterical, attacks in this case, leveled at citizens insisting on clean water and conformance with the laws, proves they’re scared. They cannot admit that neither the Hudsons nor any other contract grower who works for an industrial food factory should be left holding the bag and the expense of dealing with the animal wastes their operations produce.

They are frantic, because they could finally face the responsibility that has been theirs all along. Both owners and operators of discharging facilities are legally bound to prevent or clean up their pollution. Below is a small sampling of the evidence Waterkeeper Alliance presents to prove that Perdue is the dominant force in operating the poultry facilities on the Hudsons’ property:

• “Growers,” such as the Hudsons, are required to sign an agreement provided by Perdue if they want to raise birds for them. Perdue can end the agreement without notice or reason.

• Perdue owns the birds they send to the Hudsons and sets all of the conditions under which the birds are raised. The Hudsons are not allowed to deviate from the instructions Perdue gives them.

• The Hudsons have to use the feed, drugs, fuels, disinfectants and other supplies Perdue tells them to use.  Perdue furnishes many of these items and arranges for the veterinary care of the birds.

• Perdue has the unrestricted right to enter the Hudson’s property and inspect the flock and the facilities. During some months, Perdue officials have been on-site as often as every other day.

• When Perdue officials are on the Hudsons’ farm, they can and often do, take direct actions to maintain and operate the facility and look after the birds. They install equipment, adjust gages and controls, cull birds from the flocks and perform many other tasks.

• When Perdue officials aren’t directly performing tasks at the Hudson’s farm, they provide the family with extensive and detailed notes on actions they want taken. The Hudson’s are expected to carry out these instructions.

Perdue is correct about one message presented in its public relations campaign against reasonable environmental enforcement. The Hudsons should not bear the cost of a lawsuit and possible penalties alone—Perdue should pay to clean up its messes in direct proportion to the profits it shares with the Hudsons.