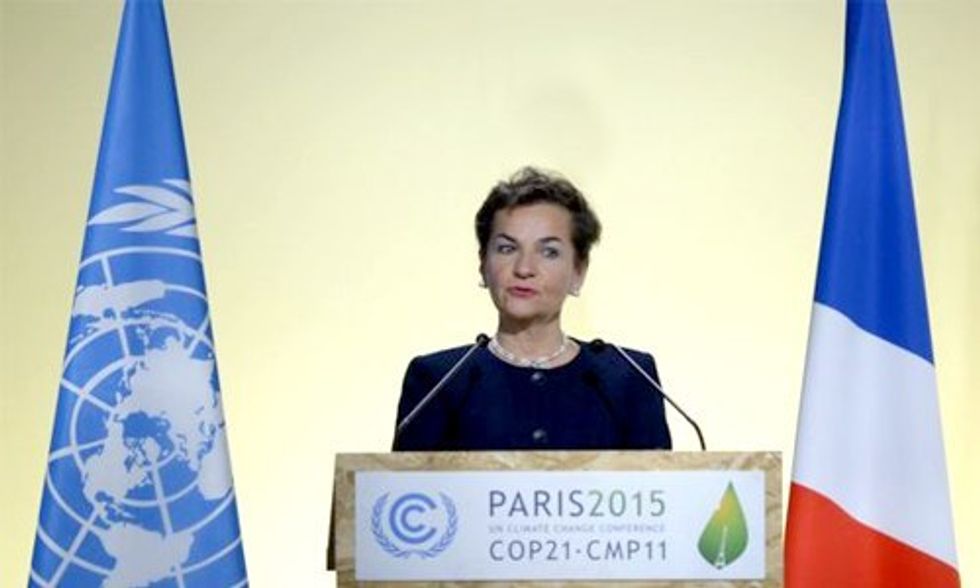 The nations of the world gathered on Monday in Paris to reach a new and universal climate change agreement, in the knowledge that they have already delivered an almost universal set of national responses to meet the long-term climate challenge before the conference even begins.

More than 150 heads of state arrived at the conference venue on Monday to give their public support, the largest group of leaders ever to attend a UN event in a single day.

Speaking at the opening ceremony, which was webcast live around the world, UNFCCC Executive Secretary Christiana Figueres said that the eyes of millions of people around the world were on the governments meeting in Paris, not just figuratively but literally.

“You have the opportunity, in fact the responsibility, to finalize an agreement that enables the achievement of national climate change goals, that delivers the necessary support for the developing world and that catalyses continuously increasing ambition and action by all,” she said.

Figueres said that the past year had been a turning point and that after many years of hard work, the world was finally seeing that the direction towards a low-carbon, resilient future was irreversible.

“This turning point is truly remarkable, but the task is not done," she continued. "It is up to you to both capture this progress and chart an unequivocal path forward, with a clear destination, agreed milestones and a predictable timeline that responds to the demands of science and the urgency of the challenge.”

On the eve of the COP21 conference, 184 countries covering around 95 percent of global greenhouse gas emissions had delivered their national climate action plans to the UN Framework Convention on Climate Change (UNFCCC). These pledges constitute a good foundation, but are not enough to keep the world below the internationally agreed maximum global average temperature rise of 2 degrees Celsius.

COP21 President French Foreign Minister Laurent Fabius called on governments to step up their efforts: “The stakes are too high, and the menace of climate change is too great for us to be content with a minimalistic agreement. The Heads of State and Government who have come to Paris have come to express the voice of ambition."

Ahead of the Paris meeting, thousands of companies and investors and thousands of mayors and regional governments announced their commitment to the essential economic and social transformation to low-carbon, sustainable growth and development.

Minister Fabius said the conference would serve to highlight the importance of non-state actors within the framework of the Lima-Paris Action Agenda.

During the UN Climate Change Conference in Paris the governments of France and Peru, along with the UN, are organizing a series of high-level events to demonstrate that the transition to low carbon and resilience is under way. Throughout the eight days of the LPAA, inspirational new commitments will be announced, in action areas ranging from forests and agriculture to clean energy and private finance for climate action.