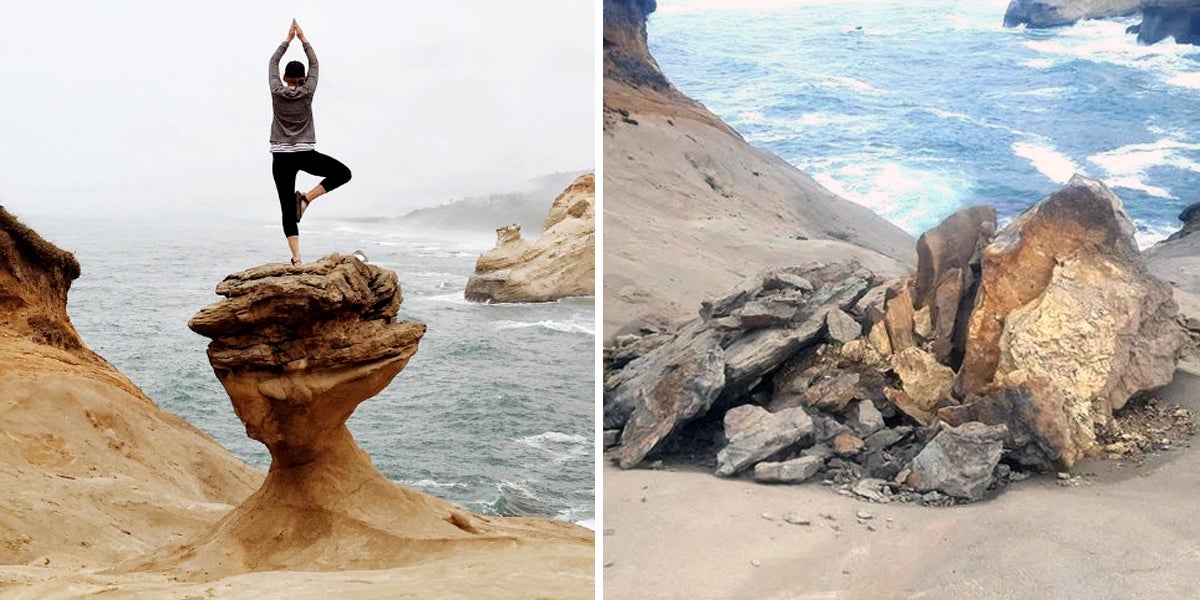 Oregon’s Cape Kiwanda sandstone pedestal, affectionately known as “the duckbill,” appears to have been intentionally
destroyed by a group of vandals. 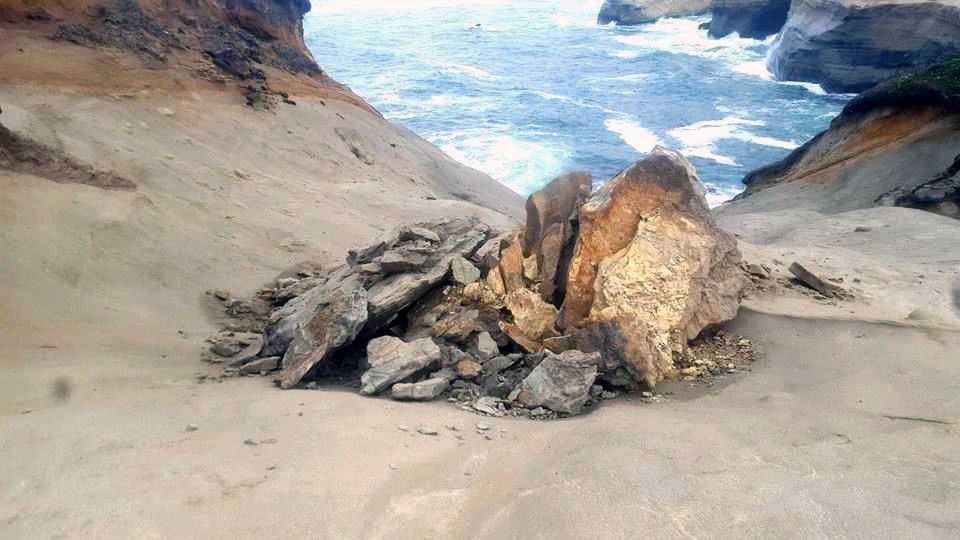 Visitor David Kalas of Hillsboro captured footage of a group of strangers pushing down the iconic formation onto the ground and shattering.

The incident occurred around 5 p.m. on Aug. 29, according to
KATU News.

“I kind of laughed to myself cause I thought there was no way that they could knock it down but then I noticed that it started wobbling and then I started to record it as two of the guys managed to knock it down,” Kalas told the local television station.

“I asked them, you know, why they knocked the rock down, and the reply I got was: their buddy broke their leg earlier because of that rock,” Kalas added. “They basically told me themselves that it was a safety hazard, and that they did the world or Oregon a favor.”

Kalas described that the perpetrators—who have not yet been identified—were laughing and taking pictures of the destruction.

“They were just standing on top of the rubble of the rock, laughing, smiling, giggling,” he said. “I just want them to learn a lesson you know, because if they do this here they will probably do it elsewhere.”

The Oregon Parks and Recreation Department first discovered the crumbled Pacific Northwest monument last week but did not initially suspect any foul play. That is, until the horrific footage surfaced.

“At the time it was discovered, there was no sign the formation had been vandalized,” the department
wrote on Facebook earlier today. “Since then, media in Oregon have obtained a video apparently showing a group of visitors pushing the formation to the ground.”

“No one was injured, fortunately; but the rubble serves as a sobering reminder of the ever present dangers of our fragile coastal rocks and cliffs. Who knows what will collapse next?” Oregon State Parks stated in an
earlier Facebook post.

The department is now working with state police to review the incident to best decide how to respond.

UPI reports that the vandals could face fines of at least $435 as well as criminal charges.

The duckbill was a popular attraction for visitors of the coastal park. Admirers liked to climb the rock and take photographs with it, from staging
yoga poses to marriage proposals.

Park officials have technically fenced off the area for safety because many people had died while climbing the surrounding cliffs in recent years. According to the
Statesman Journal:

“Seven people have died in the area since 2009. Six fatal falls have taken place during the past two years. Rescue efforts by the local fire district and U.S. Coast Guard cost upward of $21,000 per hour, often topping out near $106,000.

“Yet people continue to flood past the fence and signs. Adults, teenagers, grandparents, photographers and even parents with small children disregard the warnings.”

However, with the recent incident, looks like the park rangers will no longer have to worry about as many unwanted visitors.

The Instagram hashtag
#ripthatpnwrock has taken off since news surfaced of the toppling.