The Dirtiest Power Plants in the U.S. 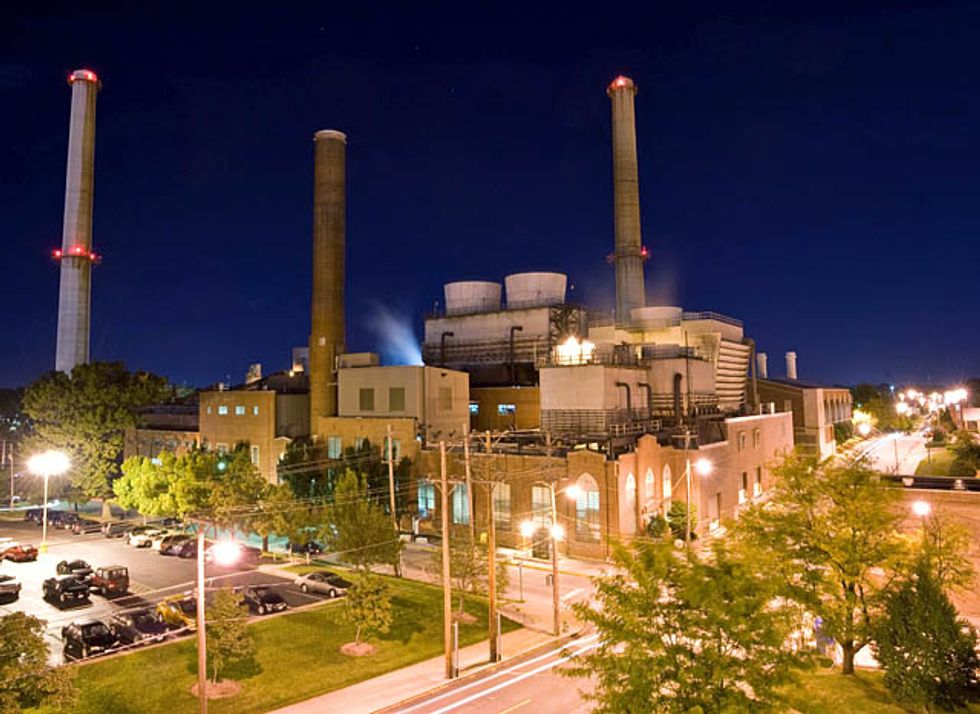 The dirtiest power plants in the nation continue to generate a disproportionate amount of toxic pollutants—including arsenic, chromium, hydrochloric acid, lead, mercury, nickel and selenium—tracked in a new analysis by the Environmental Integrity Project (EIP) released Dec. 7 by EIP, Earthjustice and the Sierra Club.

According to the EIP report, the dozen dirtiest power plants in the U.S. in terms of sheer pounds of emissions of four highly toxic heavy metals—arsenic, chromium, lead and mercury—are:

Based on overall rankings for the toxic pollutants reviewed in the EIP report, the five worst states identified are (starting with the bottom-ranked states):

The balance of the 15 worst states for the key toxics reviewed in the report are: (6) West Virginia; (7) Georgia; (8) Alabama; (9) Michigan (including #2 ranking for chromium and #4 for hydrochloric acid); (10) Florida; (11) North Carolina; (12) North Dakota (#3 for arsenic); (13) Missouri (#4 for mercury); (14) Wyoming; and (15) South Carolina. The EIP report also notes that other states—including Arkansas, Iowa, Puerto Rico and Tennessee—are also among the worst in terms of emissions of certain toxic pollutants.

The EIP report is particularly timely since—after years of inaction, litigation, study and delay—the U.S. Environmental Protection Agency (EPA) is finally poised to adopt a power plant air toxics rule that will mainly target mercury, fine particulates (which contain heavy metals), and acid gases. The EPA is under a court-ordered deadline to finalize long delayed rules to clean up emissions of mercury and other harmful power plant air toxics. EPA has estimated that the power plant air toxics rule will avoid between 6,800 and 17,000 premature deaths each year, and will result in annual savings of $48 to $140 billion.

Ilan Levin, associate director, Environmental Integrity Project, said, “The only thing more shocking than the large amounts of toxic chemicals released into the air each year by coal- and oil-fired power plants, is the fact that these emissions have been allowed for so many years. For decades, the electric power industry has delayed cleanup and lobbied against public health rules designed to reduce pollution. But, the technology and pollution control equipment necessary to clean up toxic emissions are widely available and are working at some power plants across the country. There is no reason for Americans to continue to live with unnecessary risks to their health and to the environment.”

"For decades the coal industry has actively lobbied against public health rules to reduce pollution and has gotten away with it," said Bruce Nilles, director of Beyond Coal, Sierra Club. "We are eagerly awaiting the EPA finalizing on Dec. 16 the first national commonsense safeguards to keep toxic chemicals out of our air and water."

“This report makes clear that the health damage caused by power plants’ pollution is preventable," said Jim Pew, an attorney for Earthjustice. "The reason that people are still being sickened and killed by this pollution is that the worst polluters have refused to put on available control technology. They will continue to refuse until the public says ‘enough.’ We are counting on EPA to deliver that message next week, and we are counting on our elected representatives to back the agency up.”

Key report findings include the following:

Electric power plants comprise a relatively small number of facilities, but, their toxic emissions dwarf other industrial sectors. For example:

Some states have seen major drops in reported emissions of dangerous heavy metals, while other states have made little progress to reduce these air toxics. For example:

A small handful of the nation’s most polluting power plants account for a disproportionately large amount of toxic emissions. For example:

Toxic pollution from power plants can cause serious environmental impacts and health effects, especially for children, developing fetuses and vulnerable populations. Exposure to the air toxics that are emitted from coal-fired power plants can cause cancer, damage to the liver, kidney, and the nervous and circulatory systems, and respiratory effects including asthma, decreased lung function and bronchitis.

Overall power plant toxic emissions have declined over the past decade, but the decrease is being driven by a few companies that are installing modern pollution controls while the rest of the nation’s power plants are doing very little. The EIP data show that toxic emissions can be reduced, and have been at a number of plants, but that a strong national rule is needed to protect all Americans equally, and to force the dirtiest power plants to clean up.

The new EIP report analyzes data obtained from U.S. EPA’s Toxics Release Inventory (TRI), and accessible to the public by clicking here. All the rankings in the EIP report are based on 2010 annual reported emissions, the most recent data available, from electric power utilities. The number of power plants that reported emissions of each of these toxics varies considerably from one pollutant to the next. For example, 479 U.S. power plants reported lead emissions to TRI in 2010, whereas only 59 power plants reported Selenium emissions. The number of power plants reporting emissions of Arsenic (145), Chromium (234), Mercury (452), Nickel (222), and Hydrochloric acid (413), also varies considerably. This variation is partly due to the reporting threshold for TRI. Generally, the reporting requirement is only triggered if the facility produces a total of 25,000 pounds of the chemical, although for certain highly toxic, bioaccumulative, or persistent chemicals like lead and mercury, the reporting threshold is much lower.