The Crappy Mom Manifesto: Letter to Fellow Mothers from the Chemung County Jail 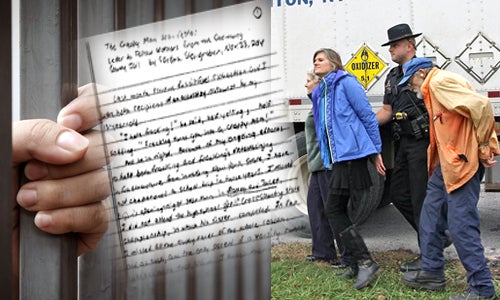 Last month extreme fossil fuel extraction and I were both recipients of an accusatory outburst by my 13-year-old.

“I hate fracking!” he said, half yelling, half sobbing. “Fracking turns you into a crappy mom!”

And he is right. Because of my ongoing efforts to halt both fracking and fracking’s metastasizing infrastructure from invading New York State, I have not chaperoned a school trip in three years. I missed Elijah’s opening-night star turn in Romeo and Juliet. I did not attend the high school girls’ cross country state championship, in which his sister competed. In fact, I missed all the races of the whole season, and, as such, am the only parent of a varsity runner who can make that claim. I know that because my 16-year-old periodically reminds me of my exceptionalism on this front. 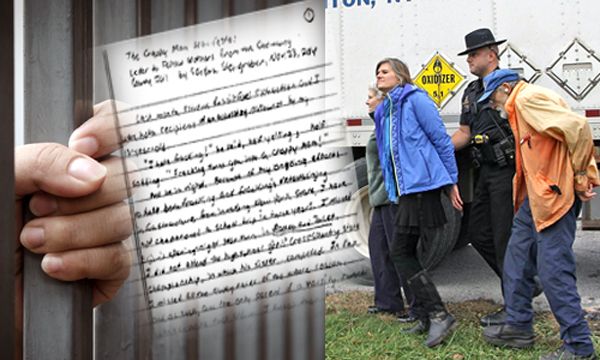 Filling the jails with mothers as a kind of collective SOS signal is only one tool among many in building a climate change movement.

I seldom help with homework. I sometimes pull all-nighters in order to finish up fracking-related writing projects and am barely functional while scrambling eggs for breakfast. This is also my excuse for why I signed a permission slip for my son to travel to a concert performance as a member of the school chorus, not noticing that the date conflicted with the opening night of the play—the one I wasn’t going to be attending due to a fracking-related lecture—and so brought the wrath and annoyance of the middle school music teacher down upon our heads.

And when my daughter called to say that she needed to stay after school to make up a chemistry test and could I please arrange a ride for her, I was at that exact moment staring at a line of blue and red flashing lights screaming toward me and a group of fellow civil disobedients standing on a blockade line.

“Honey, I’ll do the best I can, but we’ve got arrests going on here.”

It’s hard to dial a cell phone when your hands are cuffed behind your back.

It’s even harder when you’re in jail without a cell phone. Which is where I am now. I’m inmate number 20140190 of cell block 5C in the Chemung County Jail. Happily, I’ll be out in time for Thanksgiving—although through no good planning on my part. As near as I can see, jails are short staffed and don’t like doing releases on holidays. But I don’t know for sure. Explanations are short to come by here. I do know that, because no higher-rung members of the jail administration work on weekends, I won’t be released from keep-lock until Monday even though my TB test was verified as negative on Saturday. Ergo, except for daily showers, I am confined to my cell. I haven’t talked to my kids in two days.

Let’s go back to that half-hearted and basically crappy promise, “I’ll do the best I can,” as delivered to my daughter by her mother, who was overseeing an unlawful action (trespassing) at the time. I’ll do the best I can (along with the equally crappy, I’ll try) basically functions as a pre-excuse for failure to see something through. It was Winston Churchill who said—and I’ll have to paraphrase here as I don’t have access to Google—Don’t do your best. Do what’s required.

It would be easy to say that results-oriented Churchillian determination is the approach I take, as a biologist, when confronting fossil fuel extremism (and its greatest enabler, fracking), while good-intentioned half-measures are what I dole out, as a mother, at home. But that’s not exactly right. Instead, it’s precisely because I have access to the peer-reviewed literature, as a biologist, that I have come to understand climate change as a mass murderer that has my children in its sights. (And fracking is its toxic, thuggish, water-destroying accomplice). I’m informed by the data; I’m animated by a mother’s love.

And here in cell 3, I’m doing what’s required so that my kids have a future. Above all else, my job as their mother is to provide them that.

I am not the only mother whose priorities are thus aligned. I was arrested, side by side, with two other mothers, Mariah Plumlee and Stephanie Redmond, who have three young children apiece. At her own sentencing, Plumlee said, “I’m really sad and angry to be here. I don’t like to break the rules; I usually try to follow them. But I also have principles and children.” Redmond said. “I have children, and the laws of motherhood supersede the laws bought and paid for by large corporations.”

I fully believe that Mariah, Stephanie and I are on the leading edge of an emergent social movement that will only grow in numbers and intensity as the dire urgency of the climate change emergency (and fracking, its obscene, clanging bell) becomes evermore apparent. In the meantime, we mothers who are already fighting on the frontlines—with our whole hearts, all of our spare cash and as much time away from our kids, spouses and jobs as we dare offer—inhabit two parallel worlds. When we rush back from the rally, the press conference, the public hearing, the arraignment, in order to attend the soccer game, the Halloween party, the holiday concert, the parent-teacher conference, we listen to other moms talk about bake sales, home improvement projects, vacation plans and college admission criteria. (Oh, and maybe the crazy weather we’ve been having that threatens to close the roads and cancel the game). Some of us are on wartime footing. Some of us don’t yet know there is a war going on.

There are a number of reinforcing reasons for what I call climate helplessness—we’re mostly beyond climate denial at this point—and they begin with the capitulation, corroboration and appeasement of both the mainstream environmental community and the federal government toward the oil and gas industry. Less Winston Churchill, more Neville Chamberlain. None of the Obama Administration’s proposals—including the Clean Power Plan—hold any hope of mounting a challenge serious enough to solve the problem in the unextendable time frame that remains to us. Meanwhile, those in the scientific community who are valiantly bringing forth data and attempting to describe our emergency situation to the public use terms like “planetary tipping points” and “existential threats.” They could say “loss of pollination systems resulting in widespread hunger, a phenomenon that is already underway” and “threats to the existence of your children and grandchildren,” which might focus the picture more clearly.

Filling the jails with mothers as a kind of collective SOS signal is only one tool among many in building a climate change movement as powerful as women’s suffrage (Susan B. Anthony was arrested for the act of voting in a presidential election on November 18, 1872) or the Civil Rights Movement (Martin Luther King, Jr. had many small children at home during his several sojourns in county jails). But jail time has several important, value-added relevancies. One is that the enforced extended separation from the natural world serves as a potent reminder of everything we depend upon the world to do for us. Five days without clouds, sky, stars, leaves, birdsong, wind, sunlight and fresh food has left me homesick to the point of grief. I now inhabit an ugly, diminished place devoid of life and beauty—and this is exactly the kind of harsh, ravaged world I do not want my children to inhabit.

And the other is that jail teaches you how to stand up and fight inside of desperate circumstances. This morning we said goodbye to Casey (not her real name) who was headed to court to face charges related to drug addiction. Which itself is related to a childhood filled with sexual abuse—the memories of which were retriggered when her own seven-year-old daughter was raped. We all urged, as we wished her well: Keep fighting. You can’t give up on life.

Inside cell 3, I have a dream: an environmental movement full of crappy moms who do what’s required and refuse to give up on life.