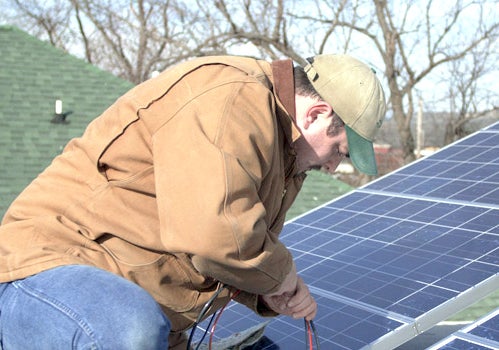 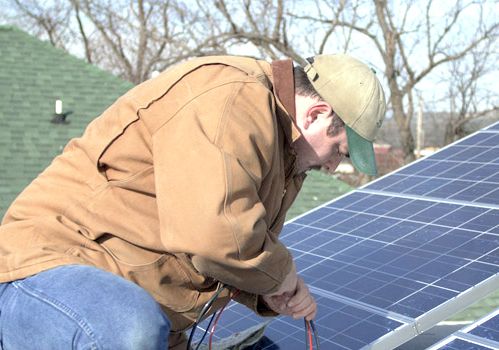 By Melanie Hart and Kate Gordon

The U.S. Department of Commerce early next week will issue a preliminary verdict on a trade petition filed by SolarWorld Industries America, Inc. That petition alleges that the Chinese government unfairly subsidizes crystalline silicon photovoltaic solar cells and modules by providing cash grants, tax rebates, cheap loans, and other benefits designed to artificially suppress Chinese export prices and drive U.S. competitors out of the market.

As a remedy SolarWorld wants the Commerce Department to levy import tariffs to alleviate damage from these artificially cheap panels on solar-panel manufacturers in the U.S. At first glance this would seem to be a reasonable solution. A sustained look yields the same conclusion. But it is important to understand the dynamics of the U.S. solar-panel market—where our labor skills and ability to innovate are strong but where demand for solar panels is low due to the lack of any national commitment to lower carbon emissions or to diversify our sources of energy—to comprehend why import tariffs are not the only solution.

Indeed, this petition, along with a second action brought by SolarWorld accusing China of “dumping” its cheap solar panels into the U.S. market, has generated major controversy in the fledgling U.S. solar industry. Just about everyone seems to believe that Chinese officials are probably violating trade rules in this sector but there is substantial disagreement over what, if anything, the U.S. should actually do about it.

Our current trade institutions address illegal subsidies by levying import tariffs on imported subsidized goods. In theory when trade partners artificially suppress prices and export those underpriced goods to the U.S., import tariffs should level the playing field by raising prices back up to natural market levels. In theory these tariffs are lowered over time and finally eliminated as the trade partner phases out its subsidies.

In the current case, SolarWorld alleges that the Chinese government uses dumping and a variety of subsidies to artificially suppress solar panel export prices by a margin of at least 100 percent. SolarWorld has asked the Commerce Department to levy a comparable tariff to eliminate that price discrepancy.

Everyone agrees that imposing import tariffs on Chinese solar panels should benefit the U.S. solar module manufacturing industry. Solar-panel prices fell 50 percent in 2011, and that unusually steep price drop has eroded profit margins worldwide. Cheap Chinese manufacturing appears to have contributed to the price drop, so reducing the impact of Chinese prices on the U.S. market should slow the price decrease to a more sustainable rate and increase profit margins for U.S. manufacturers. U.S. tariffs on Chinese solar panels would also help manufacturers in other countries that do not provide these subsidies, such as some in the European Union, because those manufacturers also export to the U.S. and compete for U.S. market share.

What is less clear is how tariffs would affect the demand side in the U.S. Many U.S. solar-installation companies, which purchase solar panels and therefore benefit from low Chinese prices, fear that import tariffs will erode their profit margins, slow industry growth across the value chain, and make it even harder for solar energy to compete with traditional fossil fuels. Some of these solar-installation firms are so concerned that they have formed an opposition group to push back against SolarWorld’s trade petitions. That group—the Coalition for Affordable Solar Energy—claims that imposing high import tariffs on Chinese-manufactured solar panels would decimate the U.S. solar installation industry and eliminate thousands of jobs in that sector.

Solar energy already faces an uphill battle in the U.S. The combination of heavy fossil-fuel subsidies and weak national-level political support for policies to spur demand for renewable energy can make it hard for emerging energy technologies to compete in our country. Some politicians have even attacked the few solar-industry development policies we do have in an attempt to reduce federal government spending on clean energy across the board.

The clean energy advocates who have supported solar-industry development throughout these political battles certainly do not want to throw more obstacles in the path of the solar-installation industry. But that does not mean that the U.S needs cheap Chinese solar panels so badly that we should just roll over and let a foreign government break enforceable international trade rules. If the U.S. Department of Commerce finds that the Chinese government has acted illegally, then the Chinese government and the industry it is subsidizing should pay a price for that behavior. Under the current trade system that price is tariffs.

If the U.S. Commerce Department finds that Chinese government dumping and subsidies artificially suppressed prices by a significant amount and that the price decreases harmed the U.S. manufacturing industry, then it is possible that the resultant tariffs could be 100 percent or above. Contrary to what the Coalition for Affordable Solar Energy is claiming, that is not a reason to panic.

For one thing, many different factors are contributing to declining global solar prices. Chinese manufacturing certainly plays a role, but innovation is also important. Solar panels are becoming increasingly efficient (generating more energy per module), and manufacturers are steadily improving production processes to bring down costs. The U.S. solar manufacturing market is already fiercely competitive, so even without discounted Chinese imports other U.S. manufacturers—and other solar-panel exporters to the U.S.—should still have strong incentives to keep innovating to bring down costs.

It is possible that imposing import tariffs may slow the price decline or even create a temporary price bump in the U.S. market if U.S. customers shift orders from Chinese to non-Chinese manufacturers and the latter cannot keep up with demand. It is important to note, however, that one of the biggest problems facing solar-module markets worldwide is oversupply, so it should not be difficult to fill any gaps produced by a shift away from Chinese solar panels.

Furthermore, Chinese manufacturers would likely respond to import tariffs by shifting production to the U.S. or other overseas markets where the tariffs would no longer apply, so they would not be out of the game for long. They would, though, be investing in the U.S. or at least in countries, such as in the European Union, where trade standards are more comparable.

If Chinese companies do begin manufacturing here, they will find that the U.S. is in a strong competitive position to manufacture solar panels because of our skilled labor force, domestic supply of silicon, and strong manufacturing infrastructure. It certainly helps that China’s own labor costs are increasing: Boston Consulting Group recently estimated that within five years China’s manufacturing wages will be within 25 percent of those in the lowest-wage U.S. states (South Carolina, Alabama, and Tennessee).

The solar-panel industry is one in which labor costs play a smaller role than they do in less advanced, lower-tech manufacturing sectors. Labor accounts for only 3 percent to 4 percent of the cost of producing solar panels, meaning that higher labor-cost countries such as the U.S. should be in a strong position to increase solar-manufacturing capacity.

Given the volatility of global oil prices, the cost of transportation is currently much more important to most advanced manufacturers. High transportation costs mean that many manufacturers are looking to locate as close as possible to both their suppliers and their customers, so that they can keep costs down and maintain “just-in-time” manufacturing standards. And here is where the U.S. has a problem in solar.

We have inconsistent demand for these products, making it difficult for manufacturers to take the risk in spending the upfront capital to build new plants or expand existing ones. Demand-side policies have spurred solar growth in the past. In 2010, for example, the seven states with the strongest development policies accounted for 82 percent of new U.S. solar installations. In third-quarter 2011 that share increased to 89 percent. But political attacks on state-level renewable energy standards, the expiration of many federal clean energy support programs, and the lack of federal policies that would create sustained demand for renewable energy in the U.S. all play a part in making demand for solar far less stable than it is in the European Union countries or even in China itself.

Whether the U.S. solar market continues to grow, therefore, may depend much more on demand-side policies than on access to cheap Chinese imports.

Overall, then, it is not clear that import tariffs would harm solar-market growth in the U.S. over the long term. What is clear, however, is that long-term U.S. market exposure to illegal subsidization certainly would not only harm solar-panel manufacturers but possibly also slow growth across the value chain.

Chinese leaders look at the U.S. and want what we have. They want to become a global research and development powerhouse that creates and exports cutting edge technologies with big profit margins. China’s traditional command-and-control economic system was not good at creating those innovation incentives, so they are working to reform that system, but reform takes time.

In the meantime they are trying to fill the gap with heavy government subsidies. Problem is, that approach can actually reduce innovation, not only in China, but also in the U.S. Bureaucrats are not adept at picking winning companies and winning technology standards. When Chinese officials heavily subsidize their favorite domestic solar manufacturers, those subsidies can reduce prices to levels that other firms cannot match, thus driving competitors out of the market and reducing incentives for innovation. When China exports those products to the U.S., the same dynamic can play out here.

The long-term result is that a small number of heavily subsidized Chinese manufacturers could dominate the global solar market. That may make Chinese leaders happy, but if those firms are not producing the best solar technologies—for example, if their solar panels are not as efficient as they need to be to compete with traditional fossil fuels—that can slow solar-market development worldwide.

To keep this market growing, the best thing the U.S. government can do is to create a good environment for technology innovation, and that will require a combination of demand-side policies and protection from adverse price incentives.