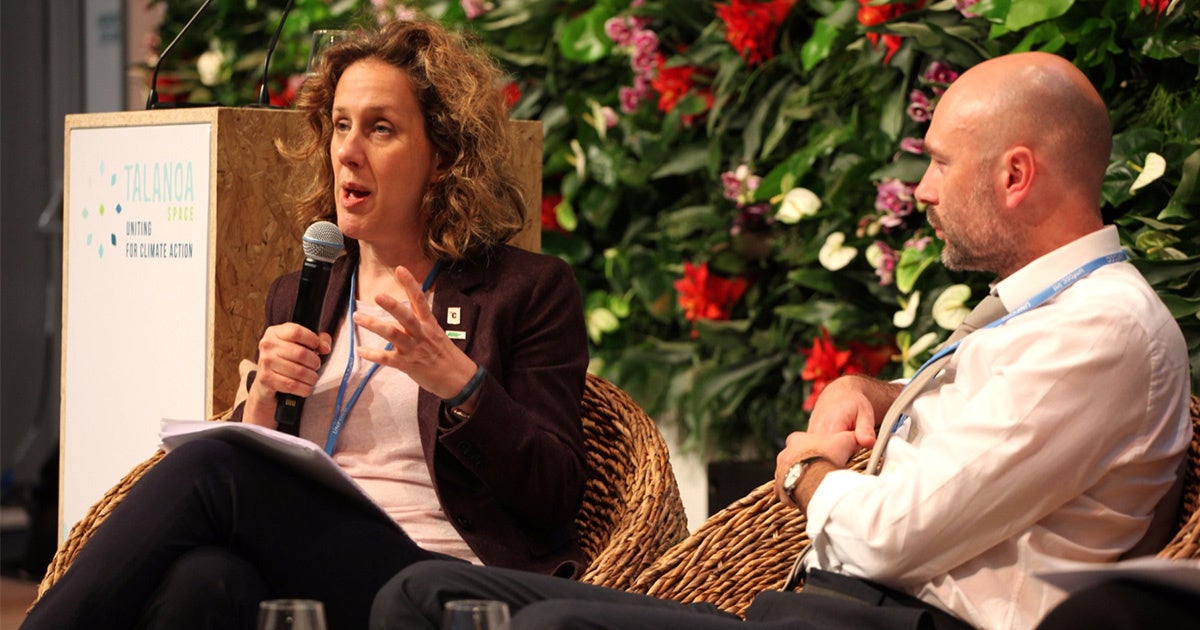 The Conference of the Parties (COP) is a place for policy and a place for deals. But the COP is also a moment in time—a chance for the wider climate community to reflect on progress towards a clean energy transition, to challenge the terms of the debate, and to put forward ideas, money and commitments to action.

For those not spending the time marching the kilometer or more between the negotiators’ Bula Zone and the Bonn Zone—stopping off at the U.S. Climate Action Pavilion on the way—you can still feel the surge in interest: a flurry of state-of-the-world journalism, the publication of academic and practitioner research, and pronouncements from political leaders and campaigners.

The Climate Group‘s work takes place at this spot on the border of the negotiations. We know from our work with business leaders and policymakers that climate action is happening outside of the negotiating room as much as in it, with leading sub-national governments and major companies accelerating the transition to a zero-emissions economy.

At the close of last week and through the weekend, the Bonn conference hosted a succession of debates, structured thematically as Energy Day, Transport Day and Industry Day. Over these three days, the COP crowd heard a series of new commitments and statements of progress across three areas of action that we believe define 21st century business leadership—renewables, energy productivity, and electric mobility.

The Climate Group’s business programs—RE100 (renewables), EP100 (energy productivity) and EV100 (electric vehicles)—are focused on these three key areas. By bringing together leading businesses making the highest levels of commitments, they are designed to create demand signals that can shift markets in favor of clean technologies, as well as influence the wider policy landscape.

Why are these campaigns needed? The simple answer is that large companies are major consumers of energy; they are vehicle fleet owners and bulk purchasers; and they are landlords and owners of much of the urban built environment. Through their procurement and management decisions, these businesses—collectively—can quickly shape and re-configure markets. Our campaigns seek to harness this power to help accelerate the clean energy transition by getting corporates to make ambitious commitments.

EV100 provides a platform for companies to showcase their electric vehicle leadership, enabling them to reduce investment costs through best practice sharing, and engage in dialogue with governments and other stakeholders to collaboratively address the remaining barriers. And on Energy Day, four businesses from New Zealand, Japan and the Netherlands committed to transition to electric vehicles by 2030, joining the ten companies that formed the launch group for the campaign in September.

On the same day, RE100 announced a new joiner, the international consultancy and construction company Mace, which strives to create more sustainable cities and communities. This UK-based company is committed to achieving 100 percent renewable electricity globally by 2022. More significantly, as the 115th member of RE100, the company joins a group which now generates demand for more than 153TWh of renewable electricity annually—more than it takes to power Poland.

The contribution of EVs to the energy transition is of course highly dependent on the supply of renewable energy. Equally, the role of renewables is maximized when companies are able to radically reduce the consumption of energy for every unit of output or value created. This ambition to enhance the productivity of energy is at the heart of the EP100 campaign. And Energy Day also heard from one of India’s leading cement producers, Dalmia Cement, who announced that the company is already almost halfway towards its goal of doubling its energy productivity by 2030. The company has one of the lowest carbon footprints of cement production globally.

In the next few days, we will wait to hear the impact of these and other announcements on the COP negotiations. The continued momentum we’re seeing should provide the spark and reassurance needed to drive greater ambition among policymakers But the most distinctive message is that the action is continuing apace in any case. Why? Because it makes business sense. Forward-thinking companies are acting now to ready their operations for the future, while responding to consumer demand. With the backing of policymakers at COP23, they will be inspired to move even faster.