The Clean Water Act—A Story of Activism and Change 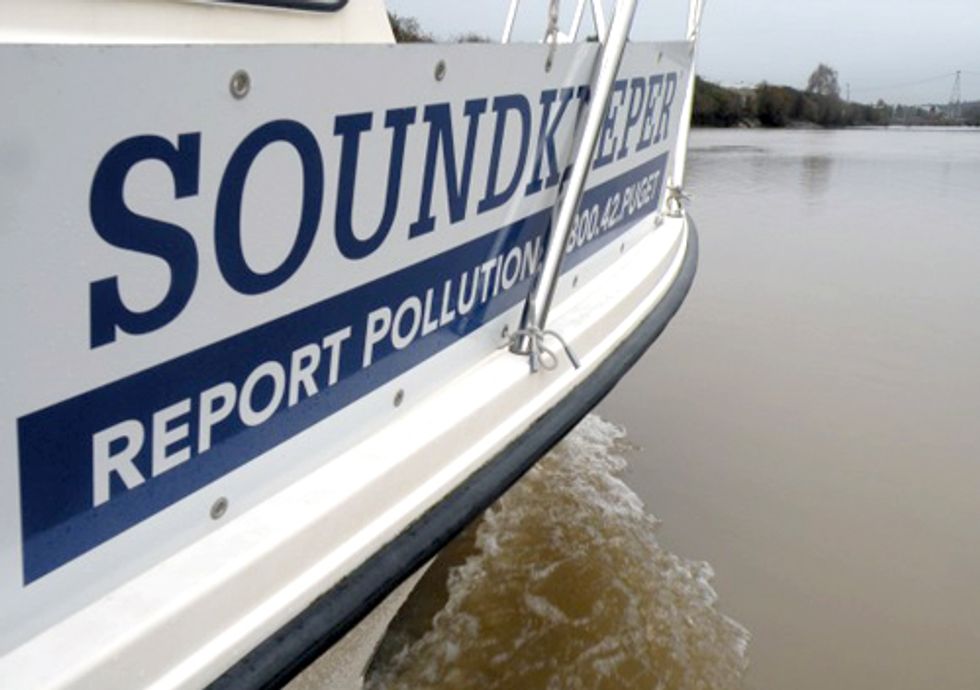 The 1960s were a time of great change and upheaval in our society. Perhaps best known for the anti-war and civil rights movements, the decade also saw the birth of the modern environmental movement. With new knowledge about the dreadful effects of pesticides like DDT, and spurred by catastrophic events like the Cuyahoga River catching on fire and a massive oil spill off the coast of Santa Barbara in 1969, citizens of the U.S. rose up and demanded change. At the first Earth Day in 1970—the largest demonstration in American history—20 million people took a stand in the face of increasing environmental destruction. As a direct result of this public outcry, the next three years saw rapid change in U.S. environmental policy. In this brief period, Congress passed the Clean Water Act, the Clean Air Act, the Endangered Species Act and the National Environmental Policy Act—a series of forward-thinking legislation that would become a beacon for the rest of the world.

When the Clean Water Act of 1972 was signed into law, its framers knew that our waters must be protected and restored for the good of the communities that depend on them. They recognized that clean water was a fundamental right of every citizen and that protection of swimmable, drinkable and fishable waters was in the best interest of everyone. In section 101 of the Act, Congress made it the “national goal to eliminate the discharge of pollution into the nation’s waters by 1985." Though we have yet to attain this goal, we have seen significant progress. Permits issued under the Act put in new requirements for modern sewage treatment technologies and industrial discharges became tightly regulated for the first time. Slowly but surely, successive five-year permits were “ratcheted down” to become more protective as facilities were required to employ “best available technologies."

The Act enshrined a long-held (but seldom enforced) value that is attributable to the emergence of English Common Law in the 12th century—the concept that the waters, fishes, the air and the birds are part of the commons which no one has the right to own or destroy, and which must be held in trust and protected for the common good.

Another important provision of the Act gave citizens the right to enforce its provisions. This was very important because implicit in this section is a recognition that local and state agencies are often the captive of special interests and lack the political will to enforce existing laws against powerful polluters. By empowering citizens as private attorneys general, those who were directly harmed by pollution could now enforce the law to ensure protection of the waters they relied upon for health, sustenance, recreation and enjoyment. Through this important provision, citizens are empowered to file cases against polluters in federal court to stop the pollution, recover legal expenses and secure a financial penalty—up to $37,500 per day—to deter future violations. The vast majority of penalties go to fund third-party supplemental environmental projects (SEPs) to mitigate the damage that occurred in the watershed. Throughout the years government entities and citizens alike have successfully used the Act to prevent pollution and clean up our nation’s waters.

Several local examples illustrate the success of the Act. As a local water quality advocate Puget Soundkeeper Alliance (Soundkeeper) has been at the forefront of ensuring the safety of our waters. Through a dual approach of citizen enforcement and improving regulations issued under the Act, this small citizen’s group has helped make our region a leader in water quality protection.

In 1992, wheels put in motion by Soundkeeper’s first citizen Clean Water Act settlement over uncontrolled sewage overflows in the City of Bremerton resulted in the implementation of a massive improvement of sewage infrastructure, the elimination of illegal overflows and the reopening of shellfish beds in the area.

For nearly 20 years since, Soundkeeper has a perfect record of more than 150 cases that have significantly reduced pollution from sewage treatment plants, sewage overflow points, industrial facilities and construction sites. In December 2011, Soundkeeper secured one of the largest citizen settlements in Clean Water Act history resulting in the dramatic improvement of stormwater management at a Burlington Northern Santa Fe Railway facility. The settlement addressed the toxic heavy metals, turbid water and frequent petroleum spills that fouled Elliott Bay, as well as created a $1.5 million restoration and mitigation fund as a SEP to pay for water quality improvement projects in Puget Sound. (As always, no settlement money goes to benefit Soundkeeper).

In addition to enforcement, the Clean Water Act also helps secure better regulations that protect our waters. In 2008 Soundkeeper and its partner organizations People for Puget Sound and Earthjustice secured a landmark decision requiring improvements to Municipal Stormwater Permits, changing the way that development will occur in cities and urbanizing areas in order to address the single-largest source of toxic pollution going into the Sound—polluted stormwater runoff. For the first time, green building techniques like raingardens and pervious pavement will be required in building codes as a best available technology to ensure that polluted stormwater runoff from roads, rooftops and parking lots will be treated and managed on site, like it is in nature.

The year 2012 marks the 40th anniversary of the Clean Water Act. Even as we celebrate the anniversary and the success of so many waterways that have been cleaned up as a result, some special interests feel that this is the time to weaken these very protections. Industry special interests in both the U.S. Congress and in the Washington State Legislature have proposed bills to rollback protections.

In celebration and in defense of the Clean Water Act, Soundkeeper proudly joins the Waterkeeper Alliance in coordinating Swimmable, Drinkable and Fishable Days around the nation and defending against misguided legislation that would unravel important protections. Waterkeeper Alliance, with nearly 200 member organizations around the world—each one a local Riverkeeper, Baykeeper, Coastkeeper, Soundkeeper, or Lakekeeper, based in the watershed they protect—is the fasted growing environmental movement in the World.

The Clean Water Act itself is extremely clear and powerful in its intent, however the trick is often in ensuring that specific regulations issued under the Act (i.e. National Pollution Discharge Elimination System (NPDES) permits) are written in such a way that they actually protect water quality and don’t contain unnecessary loopholes, waivers or excessive compliance schedules. The next piece is ensuring that enforcement of NPDES permits is meaningful so as to bring about widespread compliance.

Educating polluters is extremely valuable to help facilities understand permit requirements and to provide technical assistance in helping them comply. Funding is a critical issue for large municipal projects in particular. For example, King County is finalizing a plan to get their combined sewage overflows (CSOs) under control at a cost of more than $700 million. Although the price tag is large, the environmental and human health cost for not doing the control work is higher and the cost to individual rate payers will only be around $7/month. The draft plan calls for the work to be completed by the year 2030. Considering that CSO standards were finalized in 1988, that is 42 years.

Get involved. Waterkeeper Alliance and a new coalition of licensed Waterkeeper organizations in Washington State including Puget Soundkeeper, Columbia Riverkeeper, Spokane Riverkeeper and North Sound Baykeeper invite you to join us. Click here to find a Waterkeeper near you, and get involved.